Menotti and the Seleção: Chronicle of a new failure announced 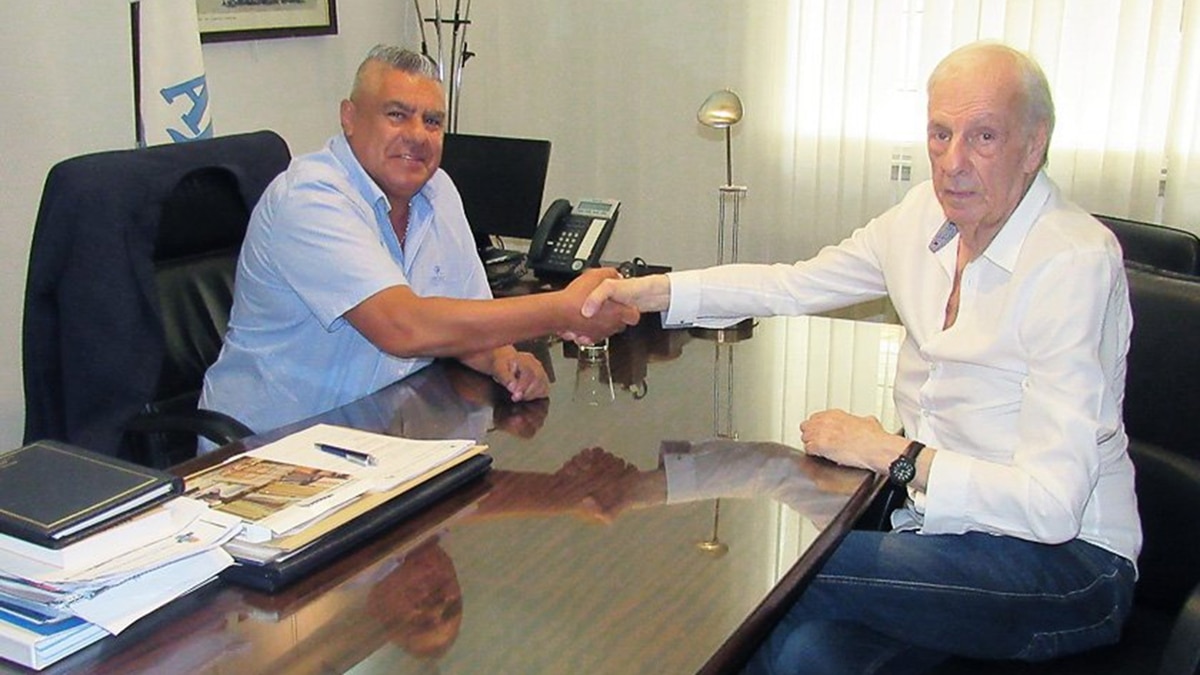 It did not exist, it does not exist and there is hardly anything more seductive than the football speech of César Luis Menotti.

His sophist rhetoric is as logical and attractive as it is undeniable. His theoretical statements, still generic and often abstract, approximate the sound of a melody that 100% of fans would like.

Menotti is the creator of his own dogma: everything he says gives him a certain essential point of a religious principle. And he pays off with clever, elaborate, and admirably phrases. No other technical director perpetuated so much originality; neither Josep Guardiola nor José Mourinho nor Carlo Ancelotti nor Marcelo Bielsa himself. They could clearly explain what they did, but they do not compare with Menotti by captivating with their answers without time or space: from the tactical revolution originated by Alfredo Di Stéfano (between 50 & # 39; and 60 & # 39;) to magic of Lionel Messi, passing through the incomparable Diego Maradona … Always within the social, football or universal context of the game and of life with the wisdom that gave him the street, the paddock, the court, the wardrobe, the night, the world and the years.

The dogma of Menotti ended up generating a "religion" that, as such, has believers, faithful, fanatics, unconditional of many generations that do not care about the factual result. Or, on the contrary, to oppose to him atheists, impious or "priests" of a dogma or an opposite belief like the other "hero": Carlos Bilardo. And between both, a crack that unfortunately will never be solved again.

Argentine football owes Menotti the creation of a "new order" that began in 1974 and ended after the last game of the 2014 World Cup in Maracanã, Rio de Janeiro, where we won the great merit of the world championship against Germany, after losing 0-1 in aggregate time with the irreproachable direction of Alejandro Sabella. Under the organizational and football principles of Menotti, the Seleção won its place of priority in the heart of the AFA and won two world championships (1978 and 1986), two world sub-championships (1990 and 2014), two gold medals at the Olympic Games . Athens and Beijing (2004 and 2008) and the world youth championships of 1979, 1995, 1997, 2001, 2005 and 2007, the last five in accordance with the only project that the AFA made viable, that of Jose Pekerman.

On February 1, he will assume his duties as director of the National Teams. What does it means? He has yet to explain any of the AFA or Menotti himself, who only glimpsed some possible or aspirational aspects of his new challenge in the column he signs weekly in the newspaper. Sport of Catalonia.

In this letter, he stated, among other things, that "it will be an element of consultation when the president of the AFA demands it, who welcomes him to the new blood represented by Lionel Scaloni to direct the Great Selection, that we must recover the essence and genetics of our game, that Argentine football needs a cultural change, which will not be to tell any coach of any category who needs to play or how to play, that it is necessary to organize football well for its development, following President Tapia, who DNA of the player must be respected, that success can not be ahead of the project and that adds up to defend the coaches. "

That is, he did not say anything that sounded sincere, original or relevant. Mostly because Menotti can not ignore that some questions that occurred before his appointment go against his dogmatic principles so often proclaimed by him.. Could Menotti ignore any of the following things?

1.- That Lionel Scaloni, who never directed any team, was the assistant of Jorge Sampaoli and his appointment goes in the opposite direction to his logical declarations of a life because to him the National Team has always been the pinnacle of a pilot and never beginning,

2. That all the technical team members who went to the World Cup in Russia – except the Desio brothers, who continued with Sampoli because he was the man who gave them the opportunity to work – gave up the AFA minus Scaloni in an attitude ethics that before I would have deserved a harsh criticism of you,

3. Once confirmed by Claudio Tapia, the new coach of the senior team, Lionel Scaloni, asked to lead the U-20 team to his faithful friend Lucas Bernardi,

4. That Tapia told Scaloni that he looked good, but that he had to wait for the reaction from the press. Immediately the media questioned the potential appointment of Bernardi and Tapia explained, "I love you, but I have a lot of media pressure, I can not." Faced with this situation, the president of the AFA offered to Lucas Bernardi to be assistant of field of Scaloni, a proposal that was not accepted,

5. That this category, Sub 20 (which competes in Chile) was finally offered to Fernando "Bocha" Batista – former assistant to Claudio Úbeda – who was driving in Armenia under the recommendation of an influential leader,

6.- That Roberto Ayala was appointed assistant to Scaloni, despite his preferences, at the request of an official of the National Government, and that Jorge Burruchaga is still the "administrator" by imposition of one of the highest leaders of the government. AFA, president of a major club,

7.- Jorge Burruchaga continues to be the link between the coaching staff and the president of the AFA, and that Diego Placente continues in the Under-15s, Pablo Aimar in the U-17s, Fernando Batista in the Under-20s, Walter Samuel and Roberto Ayala as field assistants to Scaloni in the major, the only case in history where the assistants have more experience and prestige than their boss. It's not all because medical bodies, physical trainers, archery coaches, video editors, props assistants, National Selection Department officials are already on duty, Menotti will have wondered how to insert that multiplicity chart less than as the director of all?

Claudio Tapia, on the other hand, had a clearer idea of ​​his strategy. From the comfort of his new home in a Country of Cardales, the president of the AFA had to respond to César Mario Menotti, son of Flaco, on the validation by AFA of the title of technical director, physical or technical trainer of archers that they would have to to form in the online course taught by the César Luis Menotti Training School.

Already underway with great success throughout the country, but lacked recognition of the AFA. In addition, as soon as the Menotti Coaches School obtained such national approval, the immediate recognition of Conmebol would come so that the title was officially recognized throughout South America. Coincidentally, in Conmebol's work and gravitas two Rosario: the lawyer Carolina Cristinziano (former member of the AFA Intervention in 2016) and her husband Gonzalo Belloso who is the Development Director of the entity. These senior officials are very identified with the sentiment that Rosario Rosario Belloso has been a very valued player and Cristinziano an emblematic figure of his fans.

It is legitimate to suppose that this menotti's healthy entrepreneurship has been promoted from Asuncion to the AFA. And that Claudio Tapia agreed to give him approval. Such coincidence caused the encounter between El Flaco and Chiqui. And from that meeting in which Menotti apologized for some statements against the AFA as the Marbella training camp, Tapia developed a strategy that solved several issues at once:

a) Positioned as the main actor in the AFA over Daniel Angelici, who had publicly mentioned Marcelo Gallardo as "the ideal coach for this moment of the National Team",

b) Menotti's prestige would galvanize any failure of the Seleção in the Copa America and would force him, in this case undesirable, to continue with Scaloni, explaining it to the press and,

c) Menotti also meant for Tapia, "to flee from the Grondonismo (and therefore of the bilardismo)", since it was the deceased president who did not renew the contract – in dollars – after the World Cup of 82, generating a controversy. sorted out

Experience tells us that these hypotheses are only speculations. In real terms, the director of the national teams is the president of the AFA. No aspect could raise as much as the triumphs of the National Team and in the opposite direction, nothing more would wear it than defeats. In such a way Each president of the Federation, League or Association will know that the national team is a matter of their own responsibility, absolute and with a political cost that no star for more prestige that holds will be able to cushion.

In this scheme, the space for the Skinny to act is not perceived. Menotti is one hundred percent of everything or nothing. What will you do as a first act, kick Scaloni if ​​we do badly in Brazil? So, if so, is he the one who will name a successor or will he be the president of the AFA? Tapia and Menotti agree on the candidate? Do they think the same? And if not, what is the opinion of greater weight? From the institutional point of view, no opinion can be above the presidential figure. Would that support Menotti? In his career, there are more layoffs due to disagreements with leaders than waivers to reach agreements.

For the table that Menotti chairs every Wednesday at noon at an Italian restaurant on Libertad Street, former players, coaches, journalists, physical trainers, former coaches, all of them are very prestigious figures. They could go listen and learn with Menotti from Juan Román Riquelme, the twins Barros Schelotto or Jorge Almirón to the usual friends: Ruben Rossi, Mauro Navas, Professor Signorini among many. But, on the other hand, it is not remembered that any of the 20 heterogeneous technicians who will compose their professional team in Ezeiza has already been there. Today, Barros Schelotto or Jorge Almirón are more identified with Menotti than any of the technicians with whom he will work in Ezeiza.

The boundary of a group leader is the courage and conviction of their support, the president. The rest are words that seduce as a "project", explain how "we are on the road", expect as "every day we play better" or sow faith as "we have found the team." All abstract.

Tapia did not indicate Menotti out of necessity or empathy; He added for convenience.

Tapia was six when Menotti reached the championship with the unforgettable Hurricane of 73 & # 39; and eleven when Argentina won the 78 & # 39; World Championship. What would be a football debate between the two before any divergence?

Menotti will not do the work that Tapia supposes: he will not kick anyone, will not accept anyone who does not name or seduce the press, just the opposite.

There is no possibility of coexistence because they are very different in every respect.

A pity, another illusion that goes away …