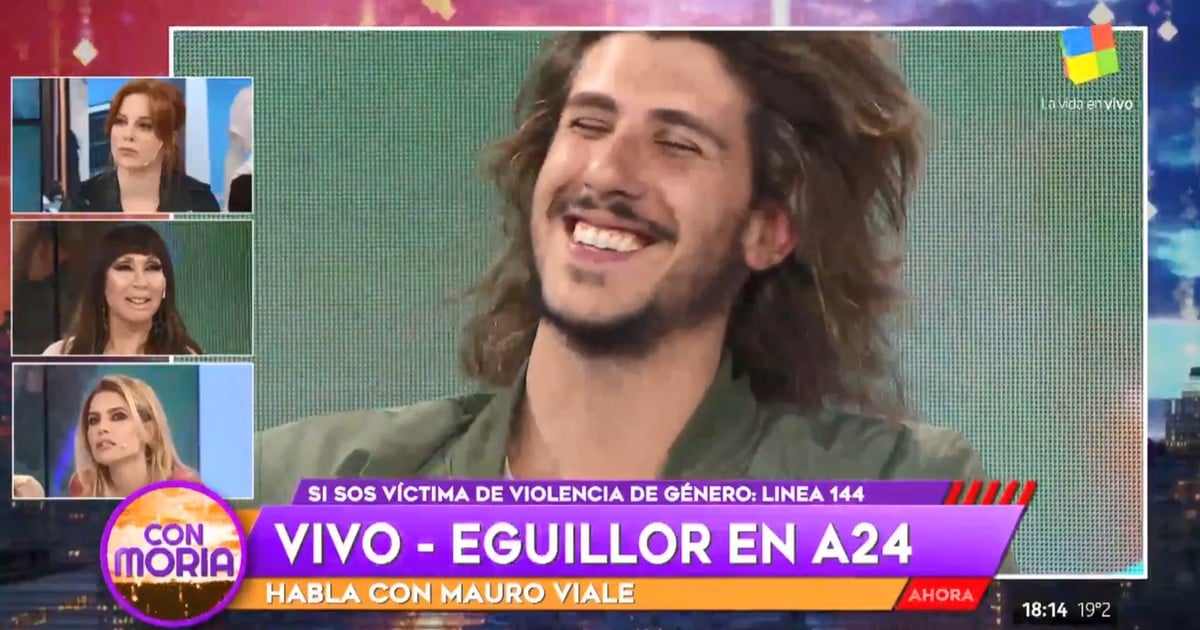 Rodrigo Eguillor, son of a prosecutor, was released on Thursday after spending one night in Alcaidía III de La Plata, by order of Judge Horacio Rhyb. He is accused of sexually abusing a 22-year-old girl in your apartment. While 24-year-old Eguillor is accused of abuse, illegitimate deprivation of liberty and injury to the 22-year-old girl, the cause for which he was arrested – and then released – is for resistance to authority when he was delayed. at Ezeiza airport when I wanted to travel to see the Superclásico in Madrid.

In this context, Eguillor was interviewed in the afternoon on Mauro Viale's A24 program, where he defended himself against the accusations. He was wearing the same clothes with which he was stopped: Bermuda jeans, shirt with holes and green jacket. He said things like the girl who denounced him "are psychologically bad," he wanted to make the girl's name public and asked, "Why do not you want to talk? I choose to speak because society condemns me for something I did not do" .

Viale, in the interview, asked questions like "Do you always look at the monitor, did they create you like this?" "Do you feel very beautiful?" "Now you're relaxed … Did you see what I said? Or, "Did you want to talk to your old lady when you said call my mother?" The accused laughed, touched his hair.

While the report was going on, the repudiation of the driver and Eguillor multiplied in the networks. Laura Ubfal, for example, launched: "Is it worth getting this shit and talking about atrocities to score 2.7, Mauro Viale?". Connie Ansaldi He said: "I do not know what they expect from Mauro Viale, he always was, is and will be unpresentable, him and many others, I get tired of saying this, people do not change: they only learn to disguise." Ángel de Brito, For his part, he was praised with the driver: "At #DiaDelProductor Mauro Viale shows that he is one of the best in this field".

Meanwhile, on America TV, at the Incorrectas – which was in the next studio – they harshly criticized the promoter's son. "He loves to be famous.It kills the need to be the celebrity of this guy, he is happy.He thinks he is a celebrity, he moves like a celebrity," said Moria Casan.

But then it came Eduardo Feinmann, In the same channel, and destroyed Viale: "I feel disgust, anger, disgust, anger, countless things, just breathe the air breathed by the criminal Eguillor who had been sitting here for 5 minutes accused by many women, many of them under age accused of abusing them, raped, like the young woman who was about to be thrown or would be expelled from the balcony, this nefarious character that is presented by some even spoiling. "

He added: "This nefarious being said" put yourself in my place. " "Who can put himself in his place, trash? No one can be put in his place, trash, they say that rapists have psychiatric problems, he will be talking about him." Liar, psycho, you dropped out of college in 2015, never ended , never found out with the dean, ass, abuser.