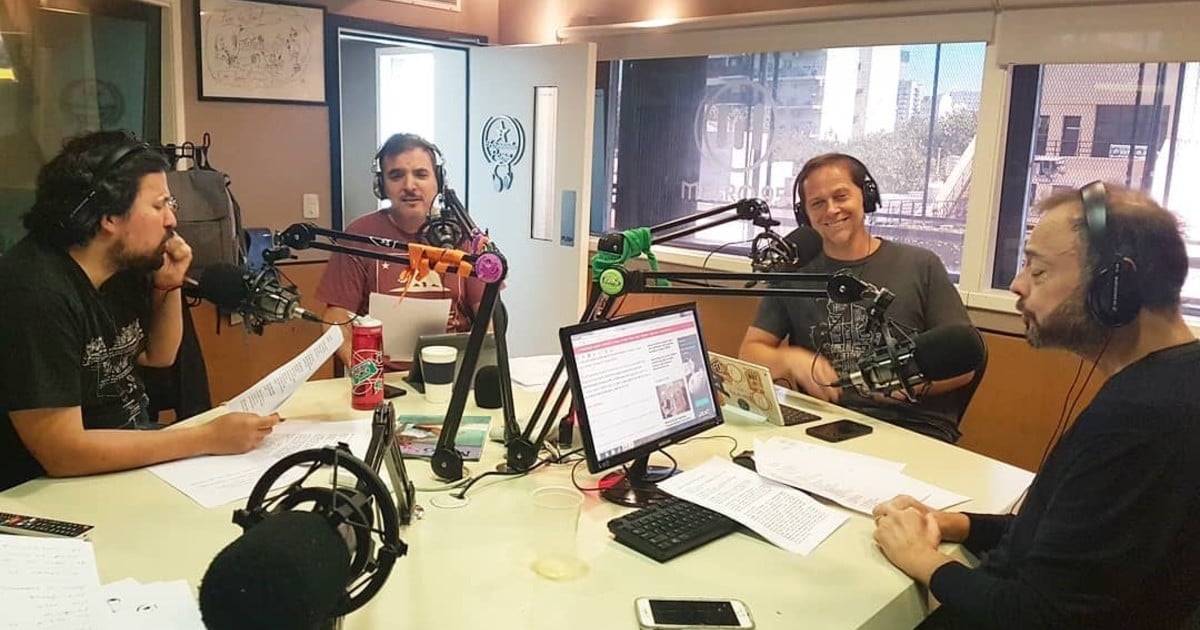 Matías Martin He grew tired of being accused of abandoning a friend after making the decision to dissociate Edward Cabito Massa Alcántara, so he decided to make a long release in which He told the story of his decision.

To the air in Enough of everything (Metro 95,1, Monday through Friday at 13), the driver spoke and returned to the subject because he felt that – in different interviews – Cabito accused him of leaving him alone in his worst health.

"What's installed is they kicked him out because he's sick," or "they've abandoned him in his illness." That view is unfair, I feel attacked and he forces me to defend myself "Matías began.

"His addiction is not new, he has been with me since I've known him for 13 years and I've always followed him (NdR: refers to your food addiction, your eating problems). He is the victim and none other than him. Three years ago, its deterioration and its degree of abandonment became unsustainable. We were many who tried to help him, but it is not easy. He did not let himself be helped and even became a little irascible, "he continued.

He then told different times when he tried to help his ex-partner make the decision to improve his health, which at the time was threatened because of his obesity. Situation that undermined his work: "His air condition was very sad, he could not understand the air, he had serious problems to move and fell asleep in the air. It was not once, there were many. "

The driver said that social networks were also alerted by the situation of Cabito, as well as the people close to the program. Even accusing him of doing nothing about it. "I'm very worried. This is very bad. He's going to die ", said Matías, who was informed by Cabito's doctor.

He said the doctor told him that Cabito was not operated because he said he did not have time because of his job. "I told him it was a lie and that this was the ideal time for surgery. Were you operated on by me? Not at all. Finally, after a long time, he had the enormous courage to face a difficult situation that cost him so much. "

"We accompanied him in the operation, he was absent for almost six months and we accompanied him." He continued to receive his salary all this time, and he had the support of the whole radio station. He came back and continued with the recovery of the air ", added Matías, and then we referred promptly to the reasons for his decision.

Cabito, in one of his last appearances in "Enough of everything".

"Just then, in what I considered your best health moment in these three years, did we talk about the artistic part again, what did I say to him, one by one? the character he does in the air, how he was worn out, how difficult it was to find his place, that he was becoming less participatory, that eschatological was no longer good, that we want another kind of humor within a program that learns and evolves. "

"He had to reinvent himself, to find his moments, his way of speaking, a new type of humor, evolved, "he said, and then, without going into details, bleached that the relationship with Diego Ripoll and Juan Ferrari, the other members of the program, was broken:" With Diego, who was a great friend, suddenly there was no more wave. And also with Juan the bond was scarce, minimal, worn. "

At the end of his story, Matías said that he was his only support on the radio, and that he promised his support for new projects. "I was surprised by the personal attack, I told him to say goodbye, he centralized everything on me, because it yielded more in terms of scandal to go to programs to promote themselves. I saw a note hurting me directly. I still have trouble understanding this note. Everything is false. I can not afford it. "

"Today, it broke everything", closed Matías, talking about his relationship with Cabito and the decision of the radio, that until days ago had the intention of to cycle in the weekends, but now, as a result of his dictations, he chose to disassociate it.