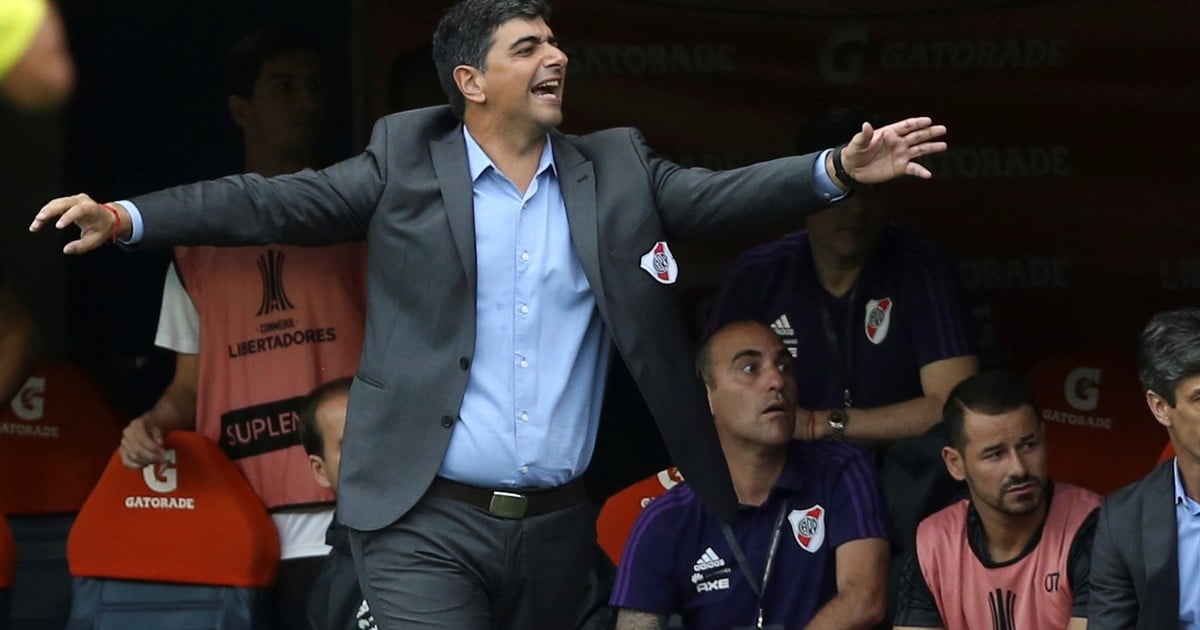 In the absence of Marcelo Gallardo, for the sanction of Conmebol, which included the prohibition of being in Bombonera, Matías Biscay was River's coach in the court of the eternal rival for the first Copa Libertadores final. It was not a new situation for the man born in San Fernando, 44 ​​years ago. It's the seventh time he's in charge of the team. And he's still undefeated. With 2-2 yesterday, he has three draws and four wins.

"The result was fair We did things very well in the first half We had superiority in the game, we took Boca to play in our own field and we generated goal situations.But Boca has category players and with a play in the area can we had to go ahead at half-time, but Boca went up 2-1 and only in the second half equaled the game, and in the end they had a very clear situation with a great coverage of Franco (Armani) analyzed Vizcaya.

It is not the first time Biscay runs River in a final of the Libertadores. It happened in 2015, when Núñez's team thrashed 3-0 to the Tigres of Mexico, at Monumental, to stay with the Cup that year. Gallardo was suspended for being sent off in the first match in Monterrey. And in that same contest he had already led three matches in the group stage, when the Muñeco was sanctioned for saying "bastard" to Paraguayan referee Julio Quintana in a match against Juan Aurich in Peru.

Biscay then led the Peruvians (it was 1 to 1) at the Monumental, the 2-2 miraculous against the Tigers in Monterrey and 3-0 to San Jose de Oruro in Núñez, the night that River qualified through the window thanks to Tigers' victory over Juan Aurich 5 to 4. The two remaining games he had to lead were in this Cup: in the 3×0 victory against Racing, in Monumental, to the round of 16; and in the semifinal back before Grêmio in Porto Alegre, the night of the epic triumph that settled at the end of Rio. "This is not my place, Gallardo should have been here," he said.

As for the five defenders, Biscay explained: "We thought we could have better coverage in the midfield, with five in the back so the sides could pass." Pavón's injury made Boca fit better. And he said to the players at half-time, he said: "We tried to raise them emotionally, and we told them not to give up." He said he felt "happiness" for the group of players who "impose conditions on all courts ". And what comes next: "The ability to set at home is important."