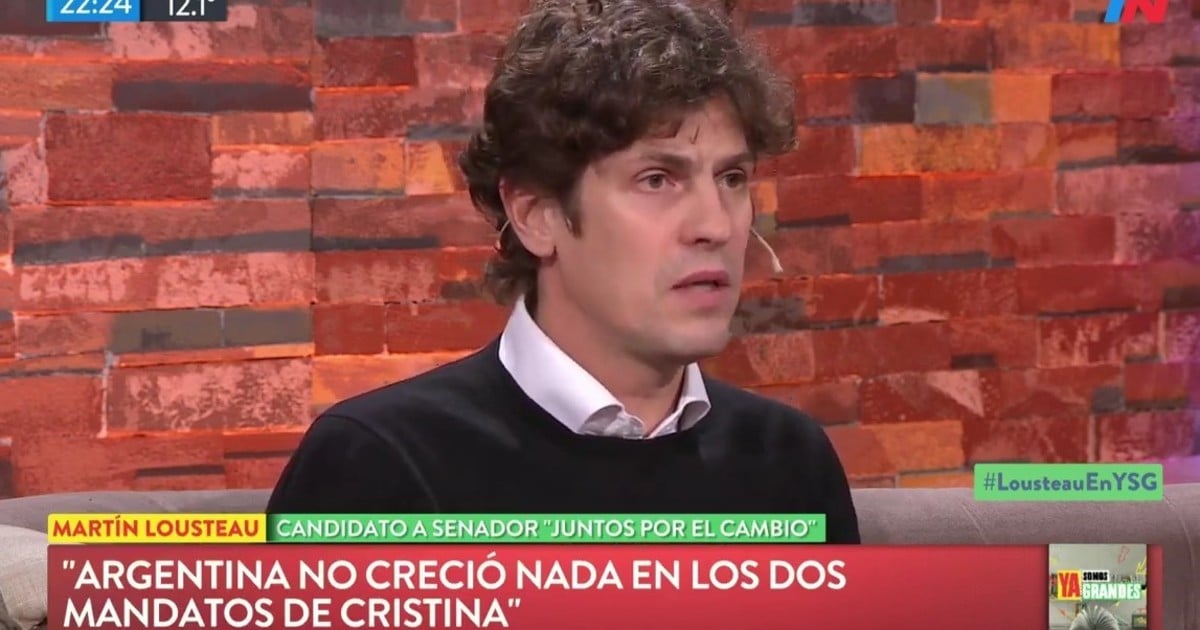 Martin Lousteau, head of the list of national senators of Buenos Aires by the ruling party (Together for Change), left a strong definition on We have changed the economy by saying that it is worse than in 2015, year in which the Kirchner government left.

"The economy is clearly worse than in 2015. I said that when they call me to participate, they call me mainly for the things that I can contribute that are different from the government itself.The president summons me and I say the same thing as his minister of economy. I do not know what my contribution is. ", developed Lousteau, in dialogue with We're already great (all the news).

He added: "You have more poverty, inflation, indebtedness, you solved the primary fiscal deficit, but you have interest, of course you can not say that the economy is better. It is true that the government received a Bermuda Triangle in economics. "

Lousteau claimed Macri's formula with Pichetto, although he considered: "It was clearly not the original conviction. I must have been one of the first to say that the Government Coalition had to be expanded. "

And he added on Macri's vice presidential candidate: "I have many coincidences with Pichetto about the privileges of Cristina, he takes care of the institutionality."

The economist then pointed to CFK: "Cristina Kirchner's book is a national chain written without editing, from page to page contradictions."