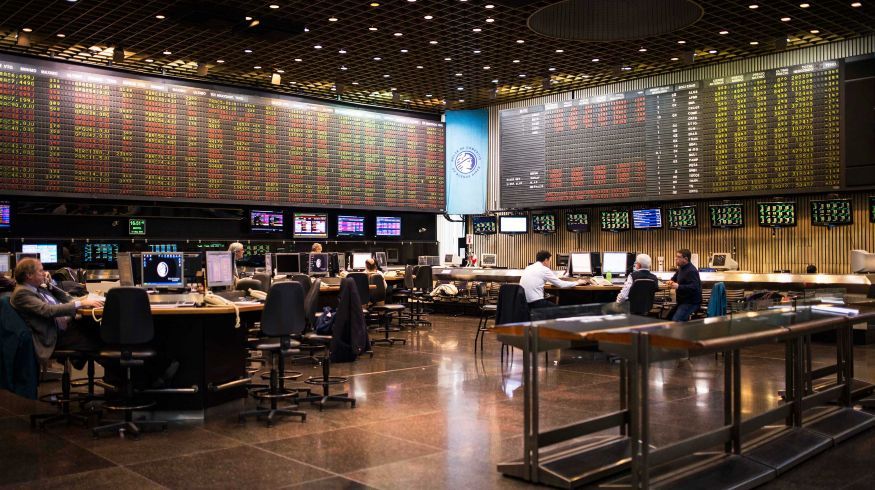 Neither Cambiemos nor Federal Alternative nor Citizen Unit can seduce the investor community.

By Sergio Berensztein for La Nación

Añoran Macri candidate, who promised the agenda of structural transformations, which facilitated the issuance of public bonds with which he navigated in the first two years in office and thanks to the fact that he could paradoxically postpone these reforms.At the time of his three years in office, the most prominent president of our recent history has generated in the business community and a large part of his constituency a deep disappointment In the country with the highest risk of 745 points, and the weak demand for government bonds, before the cycle reverses, we have months of recession ahead, and almost no one expects things to change significantly in the short term.

Faced with the 2019 electoral process, pragmatism still prevails in markets: disappointment with Cambiemos, deepened by the improvised management of the currency crisis, is the least unfavorable scenario if confronted with the options that have existed until now. : Federal Alternative and, especially, Citizen Unit. This does not imply that something similar to optimism prevails over a possible second term of office of the current president: "Imagine another administration with a likely minority in both chambers, limited by fiscal restraint, unable to move forward with the reform agenda, I give up and more disputes over his succession, "said an experienced operator this week.

The message from the Spanish president to the fans of Boca and Rio: "Let's take care of its end"

Moderate Peronism, on the other hand, creates confusion in markets close to mistrust. Many investors who have had private meetings with some of their top references leave them surprised and hopeful for what they have heard. "They are clear about the need to implement reforms, including politically sensitive areas such as labor and social security," said a European investor who attended an event before the G20 summit in which Nicolas Dujovne admitted that the main risk he is the politician. However, disappointment occurs when these same leaders speak in public, criticize the program with the IMF or, moreover, raise ambiguous positions regarding an eventual agreement with Kirchnerism. "They do not understand that we have to win the election to govern: we are in the middle of the campaign," said one member of the Federal Alternative. No one is unaware of the tradition of pragmatism that has always characterized Peronism, with its historical display of tactics and flexible strategies to achieve and remain in power. But investment fund managers monitoring two dozen countries do not have the time or the patience to contemplate details of domestic policy. When in doubt, they prefer to sell.

"We all have to work to achieve the unity of Peronism. It is difficult, but what does not add, subtracts and facilitates the triumph of Macri," said a former junior minister, visibly rejuvenated by that challenge. In markets, the mere assumption that the more rational segments of Justicialism agree with Cristina, even if nothing is known or imagined about the content of this compromise, is poignant. On the contrary, in government, they celebrate: they suppose that this pact would allow them to polarize the election, since the moderate ideological attributes and embryonic political construction of the Federal Alternative would be quickly displaced by the harsh components of authoritarian populism that characterize the former president .

G-20: from the ignorance of the Argentines to the historical opportunity of Macri

As the electoral cycle approaches and major public opinion trends are maintained, the possibility of a possible return by CFK engenders real terror in the private sector. Axel Kicillof trying to send signals of relative moderation produces no positive effect. On the contrary: the chance of a return to a hierarchical position is practically synonymous with default, actions, extreme controls and potential risks of expropriation.

This is fueled by doctrinal statements such as Cristina did in the counter-conference organized by Clacso, particularly when she referred to the need to redesign democratic systems and end the division of powers. A potential return of Kirchnerism would imply a "new political regime," as affirmed last weekend by AMLO in his inaugural address at San Lazaro, seat of the Mexican Congress. What other critical components would include the inevitable constitutional reform that Cristina would promote? Your indefinite reelection? This presumption takes on more body because of its proximity to Evo Morales, who intends to enthronize despite the limits imposed by the Constitution itself and even the result of a plebiscite. The old "let's go" concept seems more valid than ever before, even if a rejuvenated "herbivorous mare" tries to seduce voters affected by the economic crisis. For now, in all surveys, including the public opinion monitor that works with D & # 39; Alessio-IROL monthly, it turns out that at least 30% of society has a good image of Cristina. Although his level of rejection remains high, "the economic crisis is on the way to becoming more acute and this will expand our electorate," said one of his lieutenants.

What is the law that the government has sent to Congress to tackle bars and eradicate violence in football?

Melconian has just said that the economic recovery will not come in time to improve Cambiemos's electoral expectations. On the contrary, it may happen that the nature of the political process postpones it. The "Dujovne doctrine" became a boomerang: real political risk would be the responsibility of the government itself. In August 2017, the outlook was complicated because Cristina seemed competitive in the Senate elections. If in 2019 the same happens in a presidential election, a financial earthquake would change the political dynamics of the presidential succession process well before the primaries: markets always advance. Panic would collapse securities and stocks, impacting already depressed economic activity. It is the worst scenario for Macri, who would warn very late the error of perpetuating polarization with the old regime.

Can the opposite happen? If Cristina did not grow and Macri said, this would improve the value of assets and accelerate recovery, increasing prospects for change. Only the optimism that survives around the president can make this vain delusion in a viable electoral landscape. The big question is whether the Federal Alternative can take advantage of the high level of rejection that Macri and Cristina have. How to put together a broad and seductive strategy to win the support of a disenchanted, distrusted and crushed by the crisis? It is a narrow, winding gorge. If you form a competitive election offer and are presented as an option to change, part of the Kirchner vote will be essential in the second round. If the governing party empties itself and the grand finale is against the CFK, it should bring its more moderate components. A jargon that may seem too much for even the most experienced Peronists.

Santilli: "Everything that contributes to improving the safety of neighbors serves"

You may be interested: The message of the Spanish president to the fans of Boca and Rio: "Let's take care of its end"