María Eugenia Vidal also confirms her formula: it will be accompanied by the radical Salvador – 11/06/2019 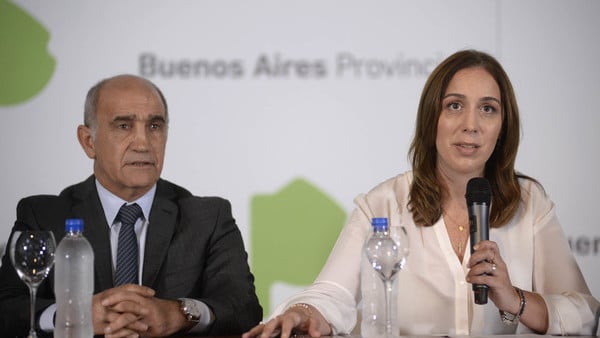 The main electoral decisions in the ruling universe were precipitated. After confirming that Miguel Ángel Pichetto will be a companion of formula of Mauricio Macri, this same Tuesday María Eugenia Vidal closed the ranks with the radicalism and proposed Daniel Salvador to accompany her again as partner of the binomial.

The formal announcement will be finalized next week, as revealed Clarin high government sources. "We feel very comfortable working with Salvador and his appointment happens within the framework of our alliance with radicalism"They told us about Vidal.

Unlike the movements in the national administration, Vidal chose to continue the formula. The decision was confirmed after his role in the UCR provincial convention. "He played in full not only for Maria Eugenia, but also for Mauricio," they say at his side.

In the offices of La Plata thought to make the announcement these days, but chose to give prominence to the national formula. "Everything is coordinated with Casa Rosada," Buenos Aires spokesmen said.

Salvador is a lawyer. He is 67 years old and held his first political position in the hands of Raul Alfonsin. The former president appointed him as one of CONADEP's secretaries. However, at the age of 22 he played in the game in San Fernando.

A swimming enthusiast, Salvador is respected by Vidal and Macri. His low profile earned him points inside Buenos Aires. "Everything he talks to Vidal does, and he says the same in public rather than privately," they say in the cabinet. Salvador also made several struggles within the ever-shaken radicalism of Buenos Aires.