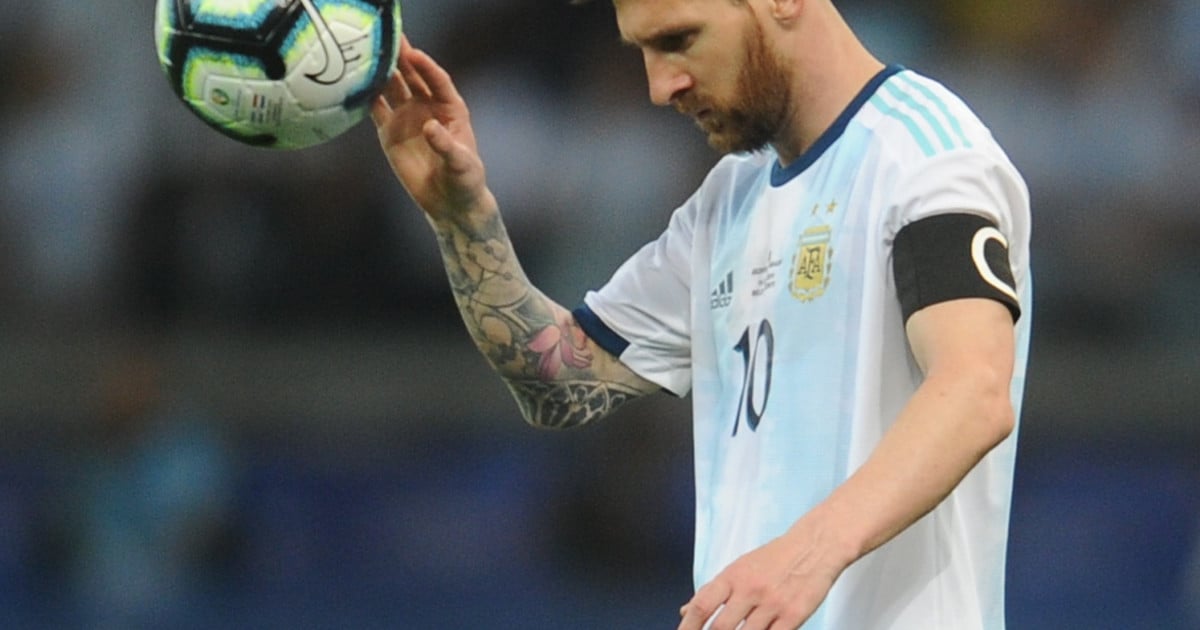 The step of Lionel Messi He is dragging around lights, microphones, shouts, orders, compliments that are following him on the extensive journey proposed by the worm-type runner of the mixed zone of each stadium of this Copa America that started very badly for the national team, with a 2-0 defeat by Colombia and a 1-1 draw against Paraguay. He is the first to leave the locker room and the last to get on the bus, at least it was in these first two presentations of the team led by Lionel Scaloni.

Unlike Messi who after the tough frustration at the World Cup Russia chose to take refuge in silence and secrecy, This Lionel faces Argentina in turbulent times. Already without Javier Mascherano at his side, the Rosary assumes all leadership responsibility within a new group that is getting to know us and opens the dialogue also to the outside, perhaps as never before. He does it calmly. With sanity. No impulses. Supported by the columns of rationality. With serenity. This was noticed in Salvador de Bahia. And so it was seen and heard here in Belo Horizonte, a time after another disappointment in blue and white.

In the bowels of a Mineirão in which could not shine in addition to transforming the equality penalty, Messi delivered in his responses to Clarin, always in a calm tone, despite the complex situation, a summary of his gaze on what is happening with the national team.

Messi World | Do not miss the best player on the planet

"Has the team got worse or improved on anything?" What is the assessment?

"We went through several stages inside the same party. We started well in the first 15 minutes, having the ball, running and a clear idea, although we did not create chances. We knew what we had to do, but as a result of the goal, everything changed a bit. We start to despair, get nervous, leave room for them, get out of one and disorganize. In the second half we had no choice but to look for him and we did it with one more attacker. We tied it up and had the feeling that at that moment we could turn around. But the party changed again. They handled the ball more and it was the same. A feather. For us it was crucial to win, but now we think about beating Qatar to qualify.

Nine of the eleven entries have not reached the 20 official matches. What do you see in this new group of the Seleção? Did you know that this could happen?

"It's a very close and very strong group. There is much desire and much illusion. But it is not easy … We knew that it was not easy to come and play an America's Cup because we are looking for a team and an operation to grow at the group level. And we knew this could happen because it is not easy to play an America's Cup. Venezuela also complicated it for Brazil, being sent back and leaving quickly for the counterattack. Today you do not win more with the shirt and have to do things very well to get the three points.

No one can say he did not warn you. In the interviews previous to the arrival to Brazil for this competition, the captain albiceleste reiterated repeatedly: "We are not candidates." Do not stop worrying, look. But from his place of reference, he tried to convey calm and reflection. And make it clear that what you have, what you see, is reality: a team under construction. And on that road, it's time to face a duel of everything or nothing on Sunday in Porto Alegre with Qatar. His definitions with the rest of the journalists in the mixed zone continued with the thought put into what has to be done to do not fall back into the black hole of failure before a possible disposal.

– Did you have more comfort with Lautaro Martínez and Sergio Agüero together in the field? Was that the team's best moment?

– It was a moment of limitation of the game for us because we needed to tie and turn the result. There we were a bit rushed, but it's always better to have more people in the area. Although it is also true that we must strike a balance because their counterattacks were causing us harm. And they made us leave prematurely and leave spaces. You have to find the balance for what is coming.

-How do you get out of this situation limit on the brink of not being classified?

The truth is that we are complicated. Undoubtedly, it is a limit situation. We played two games and we did not win any. We have to win yes or yes. There are many young people who never happened at this time. You have to raise your head quickly and think that it depends on us. You have to beat Qatar to qualify. If they had converted us, the penalty would have been different because we would have no chance. We have to hold on to that. Try to keep looking for the team, keep improving to get to the last game of the group.

Messi already he does not take refuge in the silence of other times. It takes in and out of a time limit this was not in anyone's plans, other than the profound campus replacement.