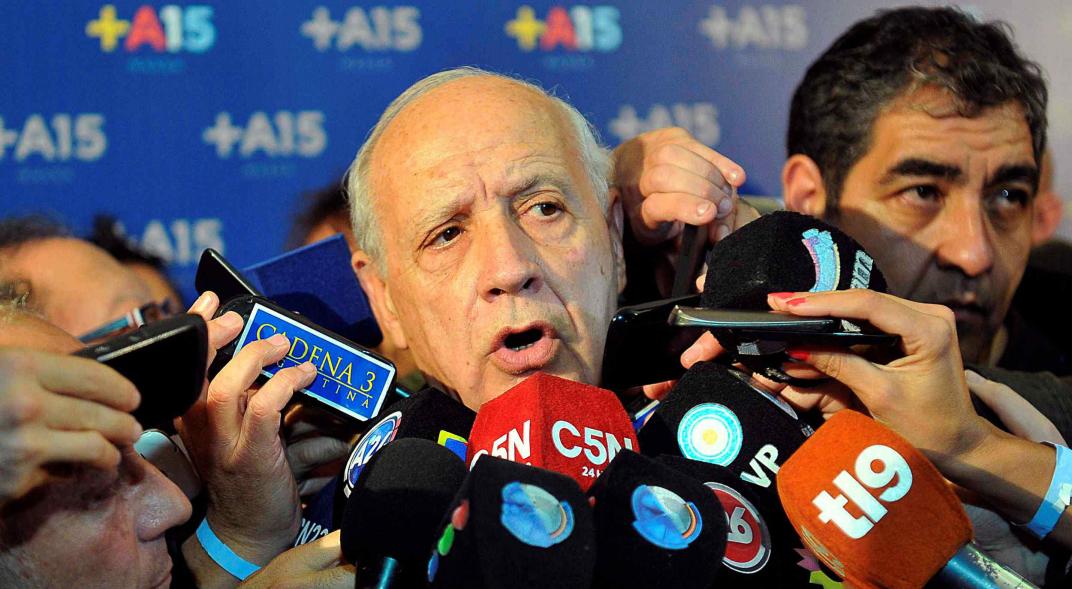 Roberto Lavagna has not yet decided whether he will run for president in the 2019 elections, but he has an inescapable condition: his candidacy is the result of the broadest consensus of the opposition and not of primary, open, simultaneous, and mandatory elections.

"If it's a concertation, you have to sit down, that's why it does not make sense to talk about primaries or things like that," said a source close to Lavagna, "to put the car in front of the horse. The Voice.

The position of the Minister of Economy under Eduardo Duhalde and the first part of the Néstor Kirchner administration is an implicit response to the leaders of the Federal Alternative Space (AF), already launched as presidential candidates, who intend to resolve the candidacies through a step.

In particular, it is a response to the governor of Salta, Juan Manuel Urtubey, but also to the head of the Renovating Front, Sérgio Massa, and to the national senator and head of the Justicialist bloc in the upper house, Miguel Ángel Pichetto.

The three have already announced their decision to run for the presidential candidacy in the Federal Alternative, a space now reduced to a part of non-Kirchner Peronism.

One day before yesterday, Massa met Urtubey during a visit to Salta. At the first meeting between the two, they confirmed their willingness to extend the Federal Alternative to political spaces such as socialism, represented by Governor of Santa Fe, Miguel Lifschitz, with whom Lavagna met at his home in Cariló this month.

They also decided to "compete in Las Paso," according to a collaborator from Salta.

After that meeting in Salta, Massa made no journalistic statement. Urtubey, on the other hand, was explicit in his rejection of the possibility of Lavagna being nominated as a candidate by consensus and stated that the former minister Kirchner has to compete in a Step.

"If you have a vocation to be a candidate, you have to be encouraged to take a big step. It is very difficult to claim to be the representative of such diverse sectors. the salteño in declarations to Radio Miter.

But the reading that is made from "lavagnismo" is different. "The question is more complex than an application, the question is whether there is room to sit down and discuss some of the fundamental things that will have to be done (in the case of being elected in the presidential elections). same source close to the former Minister of Economy.

Lavagna returned to Buenos Aires this week after her vacation in Carilo, where, in addition to meeting Lifschitz, she had already done so with Pichetto. The Lavagnista source said he does not currently plan new meetings with political leaders, although he does so with "civil society leaders who do not ask for his candidacy but for his opinion on the situation in the country and what the solutions should be." "

You do not even want to move from the city of Buenos Aires. For example, tomorrow does not go to the traditional barbecue organized by the leader of the gastronomic union Luis Barrionuevo in Mar del Plata every summer. And neither to the act that on February 4 the main references of the Federal Alternative, the three pre-candidates, and where the presence of the governor of Cordoba is expected to be held in that city.

In Tucumán, Manzur wants her "inside" the PJ.

The governor of Tucuman, Juan Manzur, claimed the unity of Peronism with former President Cristina Fernández "in" to be able to "get out of the tragedy that the country lives." The statement has to do with his interest in being re-elected in his province, against the also Peronist candidate Jose Alperovich, today closer to the former president.

The original text of this article was published on 01/24/2019 in our print edition.