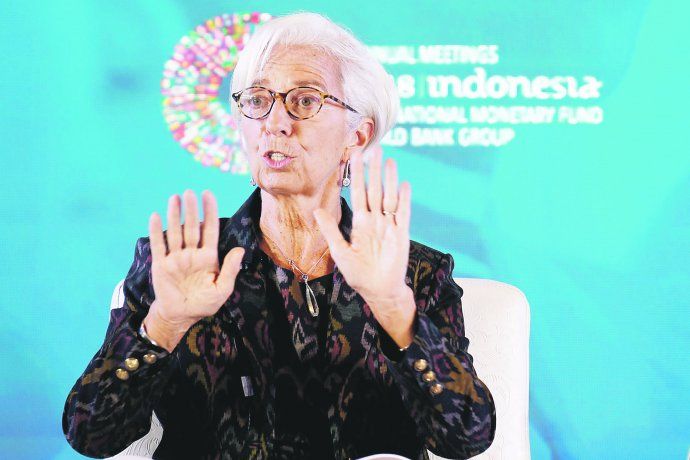 Christine Lagarde will give the latest push to Mauricio Macri in 2018 this week. On Wednesday, the International Monetary Fund (IMF) board will read the latest letter of the year on Argentina signed by the agency's director, and board members will have to approve (or not, something no one considers) numbers for the third quarter of the local economy year to then endorse the committed commitment for the last installment of 2018. They are about $ 7.6 billion to finalize the $ 28.3 billion that the IMF has already transferred to the national accounts, preventing Argentina from default. With this turnaround, the government will end financially and fiscally the most complicated exercise since the crisis of 2002; and obviously the worst of all Mauricio Macri's management, that without the artificial respirator connected by the Fund last July would have serious difficulties to meet the obligations of 2018, and much more, of 2019. Now everything is calm. It is ruled out that on Wednesday the board approves the agreement and that on Friday the money is already available in the accounts of the Central Bank so that from the last week of the year until March of the next exercise can be used to cover the maturity of the debt and to compensate for temporary domestic fiscal imbalances, provided that the zero deficit target is not distorted.