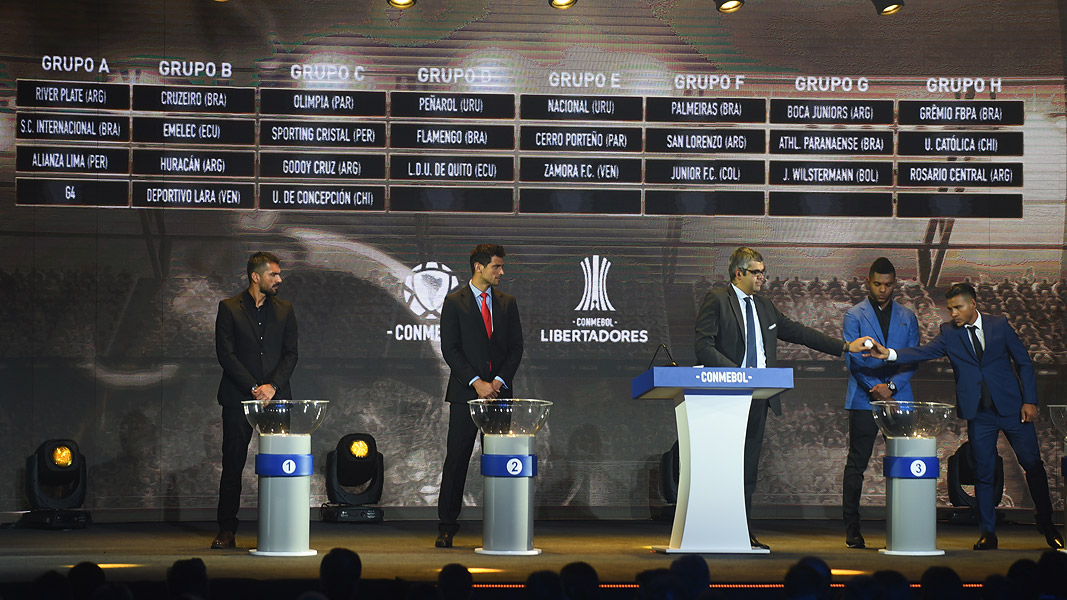 Even with the effervescence of the eighth star, Junior met last night the group that will correspond to him in the 2019 Copa Libertadores of America, which he qualified thanks to the title of Liga Águila, who won last Sunday against Deportivo Independiente de Medellín in Rio de Janeiro . Atanasio Girardot Stadium.

Júnior will be part of group F, where Palmeiras do Brasil, San Lorenzo of Argentina and a rival to be determined will leave the preliminary stage of the continental competition.

River Plate will defend in 2019 the Copa Libertadores title in a group where the Brazilian International appears as a threat, according to the draw of the schedule of the first rounds and the group stage that Conmebol held on Monday in Luque – Asunción.

The millionaire, who was proclaimed champion of the 2018 edition to surpass in the final his arch-rival Boca Juniors in 9 of this month in Madrid, leads the Group A in which forms International, third of the Brasileirão 2018; and Alianza Lima, runner-up of the Peruvian tournament.

The fourth key member will leave phase 3, and the clubs involved in this draw are Sao Paulo, Brazil, Palestino, Chile, Argentine Talleres and Colombia's Independiente Medellin.

The 60th edition of Libertadores will have 47 clubs and the title will be decided in a single game scheduled for November 23 at the National Stadium in Santiago de Chile.

The new champion will pocket $ 12 million, double what River Plate has won this year, while the runner-up will be comforted with $ 6 million.

Before the draw, Conmebol president Alejandro Dominguez urged participants to end violence in football, an endemic disease in South American football and this year affected the dispute for the second round of the Libertadores final. in Buenos Aires by an attack of river barrabravas to the bus that transported campus xeneize.

"I want to speak to the heart, it's time to stop the demagoguery, we have to take responsibility, we will end the liveliness Creole, we will end violence, we will end intolerance, the example has to start with us," he emphasized.

He said that despite all Conmebol regained the confidence of the market. "We have more teams competing, we have broken all records, the biggest TV audience in history and in 2019 we will distribute what has never been shared in South American football," the official said.

He added that there will be a distribution of 211 million dollars in the three competitions scheduled for next year: Copa Libertadores, Copa Sudamericana and Copa América.

The draw has established the following calendar for the 2019 Copa Libertadores of America: