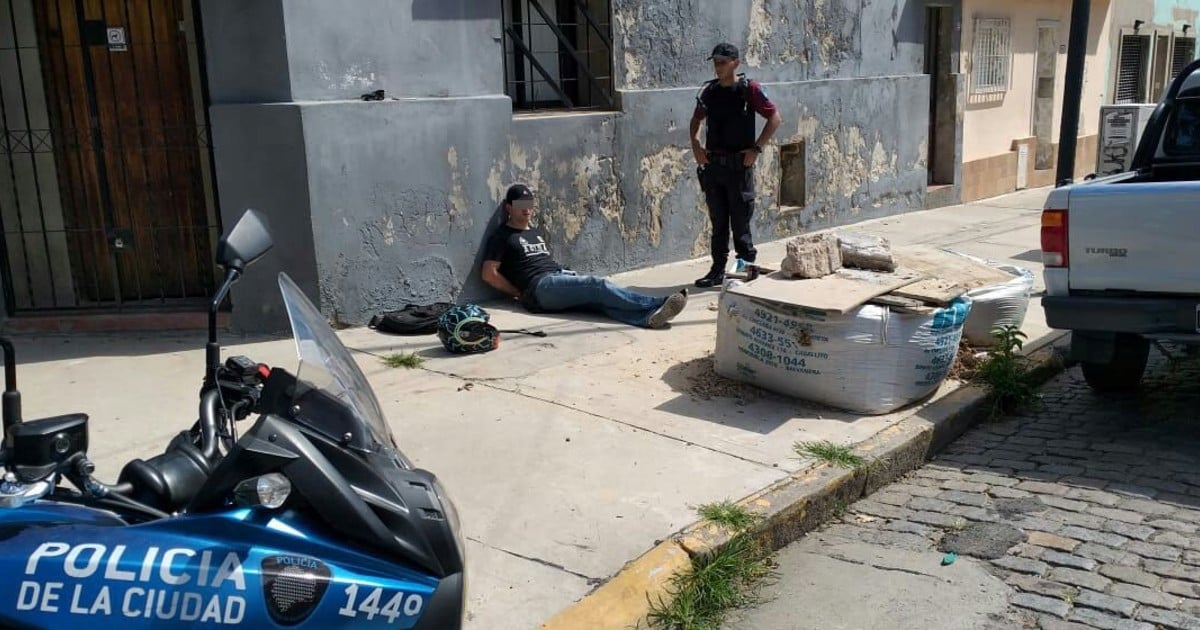 Judge Patricia Guichandut gave a green light to the National Directorate of Migration to expel the Colombian motorcycle from the country she launched with a "probation" and a fine of 700 pesos, as indicated for Clarin sources of the Court N ° 62 that presides over the magistrate.

Now there is something missing: the security forces must locate Jair Stevens Jurado Mora (25) and arrest him to begin the process of deportation to Colombia.

After Jurado Mora (25) was arrested after the theft of a cell phone in Caballito last week, and that Judge Guichandut decided to release him in 48 hours, the National Directorate of Migrations decided to expel the Colombian from the country.

The Colombian had entered Argentina for more than seven months and, since he had not processed his request, tourist visa expired. He also committed a crime. All of this motivated Migrations to act on their own initiative.

The measure was taken ex officio on Friday, January 25 and on that same day Jurado Mora was notified. The Colombian had "three business days to present a hierarchical appeal", something like an appeal. That term began on Monday and expired on Wednesday.

After three days, Jurado Mora did not appeal the decision to be expelled from the country. Thus, the migrations were in position to deport the Colombian, although before had to have the authorization of the judge Guichandut.

It is that the owner of Court No. 62 is the one who imposed the Jurado Mora the "probation", the fine of 700 and the conditions of use of drugs or alcohol for a year, to be presented monthly in the Area of ​​Control and Direction of Execution. Criminal and regularize your situation in Migrations.

"If she feels that she needs to stay in the country, the expulsion process can not begin. If a case is enough to close the Colombian chapter with justice, then you must give the green light to leave. You have 3 to 5 days to decide"Explained the spokesmen about why Guichandut's opinion was necessary.

O request for leave came out this Thursday of Migration to the 62nd Guichandut Court, reported by the agency that presides over the Garcia Time. In the Court they confirmed that they received it and that this afternoon they gave the approval to be expelled from the country.

Now, with the authorization of the judge, the Migrations "will intervene to the Justice so that it is retained, since Jurado Mora is at liberty", they extended. The theme is to find it.

As soon as Jurado Mora is stopped, the process will be processed to send him to Colombia, where the motorcycle has a history of Robbery, arms trafficking and intrafamily violence and despite that, he entered Argentina without problems.

The Colombian motorcycle had been detained on January 21 after having got the phone for an 18 year old girl I was about to cross the street on Avenida La Plata in 100, in Caballito.

After the assault, the Colombian fled at full speed on his motorcycle, but after a persecution was arrested by agents of the City Police and placed at the disposal of justice.

Jurado Mora was charged with "attempted assault", but the holder of Court No. 62, Judge Patricia Guichandut, granted him "parole" and freedom at 48 hours.

The case sparked controversy and even the Deputy Head of the Government of Buenos Aires, in charge of the Ministry of Justice and Security of the City, Diego Santilli, requested that the Colombian be deported.