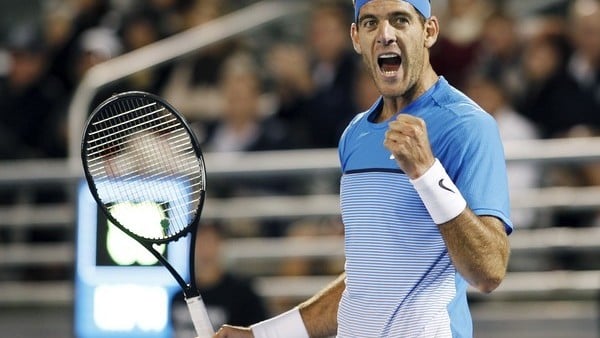 The illusion is back on track. Juan Martín Del Potro has already set a date for his return to the tennis circuit in one of his favorite tournaments. The first contest that will play after the knee fracture suffered in October 2018 in Shanghai will be the ATP 250 from Delray Beach, the same one where he started his activity in 2016 – after a year of absence due to his left wrist injury – and in 2017 – when it did not come with the times to be ready for the Australian Open -.

The official page of the tournament, which will be played from February 18 to 24, announces in its cover the return of the Tandilense and already gives the possibility of buying the ticket for the night shift on Tuesday 19, which will face the match of the first round.

The cover of the Delray Beach ATP site announces the return of Del Potro.

While Delray Beach is a meeting Delpo feels comfortable with, his performance in 2018 was poor. After beating Frenchman Jeremy Chardy in the first round, the Argentine pulled away in the knockout round, when he fell with the promise of the United States Frances Tiafoe 7-6, 4-6 and 7-5.

After this disappointing performance, he started a dream time of the season for Del Potro, as he was crowned in the ATP 500 Acapulco and then achieved the 1000 Masters title of his career, defeating Roger Federer by 6 -4, 6-7 (8-10) and 7-6 (7-2) at the end of Indian Wells.

These two titles, added to the finish after the Miami semifinal, give Del Potro the difficult task of defending no fewer than 1880 points from the 5300 that currently have the ranking, which for the moment considers it the fifth, and which will give the advantage for its competitors not to add in the Australian Open.

His participation in Delray Beach will end a period of inactivity of more than four months, which began on October 11, when he had to leave his game for the eighth final of the Masters 1000 in Shanghai against Croatian Borna Coric. That day, Del Potro fell to the ground with the full weight of his body on his right knee.

Three days later, the fracture that forced him to leave the Masters of London (he was replaced by Japanese Kei Nishikori) was confirmed for the first time since 2013, ending his season.

In early December, after a few days of rest, the Tandilese resumed rehabilitation exercises in two shifts of physical work in the gym and in the pool. Two weeks later, he returned to training with the racket in hand.

On the last day of last year, the Delpo announced that it would not participate in the first Grand Slam of the season of 2019, although it emphasized that its recovery was "very good". Now you know when to compete again.

This was not the first major injury that took the Argentine circuit for an extended period. In May 2010, he underwent right wrist surgery, which required eight months of recovery: he was able to play again in Sydney in January of the following year.

In March 2014 the tortuous course of his left wrist began: he was operated for the first time and that prevented him from stepping on a field until January 2015, again in Sydney. After another minor surgery, he tried again at the Masters 1000 in Miami, but after falling in the first round had to return to the operating room. After nearly a year of shutdown, he returned in February 2016 in Delray Beach, as he will do again this year.