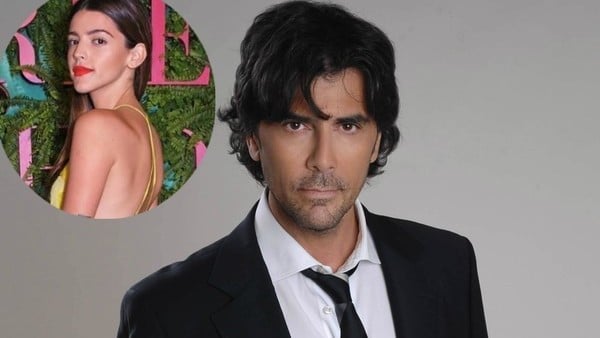 A bolt from the blue! After being a strong exponent of the law that helps Juan Darthés to a legitimate defense, after the denunciation of the media of Calu Rivero for sexual harassment at the time they worked together on the strip Sweet love, Ana Rosenfeld announced in her Twitter account that she has shied away from her patronage, without explaining the reasons.

The lawyer announced his resignation via Twitter, without clarifying the reasons for it.

"Tomorrow I will present in court my renunciation of the legal sponsorship that he exercised in the name of Juan Darthés", published the lawyer, who in November 2017 filed a lawsuit against the actress for "defamation and insults."

Of course, this tweet has generated many doubts among his followers – especially women – who they asked him to explain the reasons not to plant any doubts yet.

It should be remembered that a similar situation occurred in February of this year, when two charges against the protagonist of Simona, the actresses Ana Coacci and Natalia Juncos and Darthés decided to bring them to justice.

Rosenfeld had discarded being the defender of these cases and in the radial cycle Saturday Mode, by National Radio, explained the reasons: "I delegated this to Fernando Burlando because I think he is the right person to defend Juan and then we have to see if there is any kind of civil action. "

"With respect to these last claims, we are facing an issue that happened 20 years ago. Apparently they say that there are no witnesses, they are simply things that lived and did not tell them because they were obviously afraid before and now are encouraged, and many things.

"But really for me. from a civilian point of view, there is no. On the other hand, there is a criminal action when they are insulting and defaming you, and you have no way to defend yourself more than in criminal justice, where these girls, instead of having to be interviewed by people in the middle, will be interviewed by a judge ".

"I'm absolutely convinced that if these girls lived something like that, they say it to a judge and they say it if it really happened, or they are insulting or slandering. I believe in everyone, unless it's a judge who says otherwise. "

"These issues I can not defend or attack, I can not comment on something that happened many years ago, As a woman in those affairs I stepped aside. until it is the criminal justice that questions and investigates what happened, and so I proposed to Burlando, "he clarified.

"The empowerment of women is something I applaud.. One thing is a generic mobilization and another is when you signal a person without evidence, "he concluded.