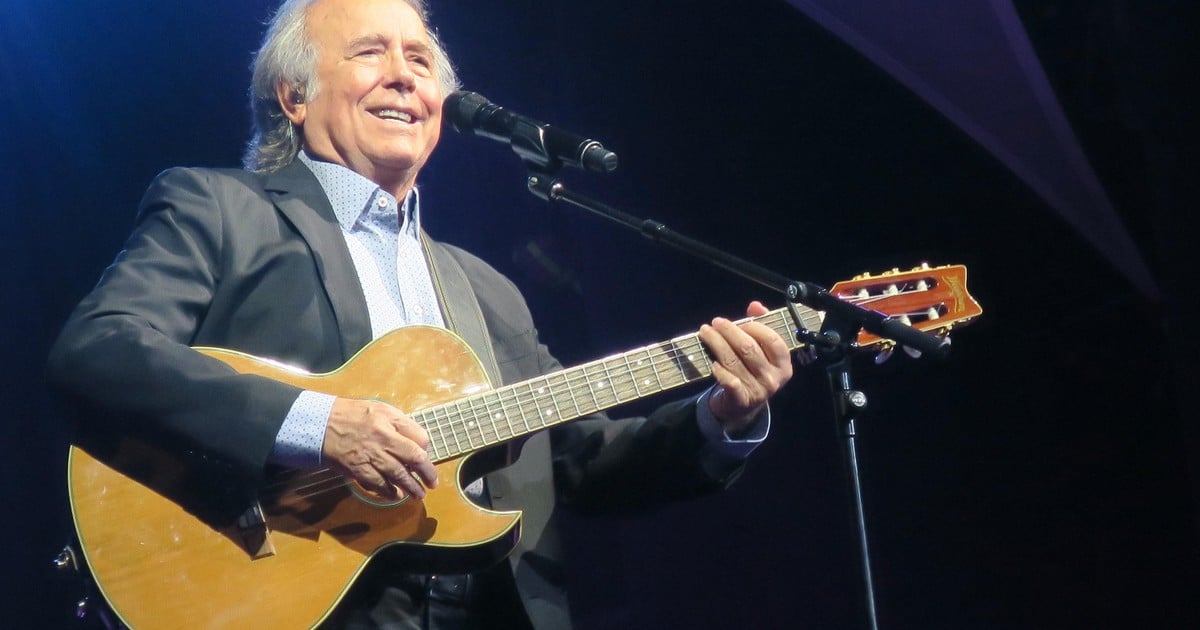 Joan Manuel Serrat was born in Barcelona in 1943 and is perhaps one of the artists who most publicly defended his native Catalonia. Maybe that's why he could not stand it, while giving a concert in his city and before his people, a spectator recriminated him singing in Spanish.

"Sing in Catalan, we are in Barcelona", they said when you could hardly hear a piano and a violin in the background. "Nano" lifted his left arm and gestured for the band to stop playing.

What followed was two minutes of a monologue in which Serrat showed her anger, but without losing her composure: "Look, there is always someone who comes without a notion of a show"Serrat began, and immediately begged silence for those who began to applaud him.

"This record was composed in Spanish for 47 years and this show goes over top. I know perfectly well that I'm in Barcelona, ​​I'm sure I know that before you. And since before you worked for this city, "he launched one of the most recognized Spanish-language authors.

He continued: "I ask you to let me do my show as it is designed, I assure you that it is the first time that I have to stop the show, which has gone around the world, because someone says something similar. you can feel proud, "he said.

Serrat has been one of the most ferocious defenders in Catalonia. Throughout his career, for example, he refused to represent Spain in a European festival because the government of Francisco Franco prohibited him from performing the song "La, la, la" in Catalan.

But there are those who criticize Serrat for manifesting himself against the unilateral declaration of independence. So much so that someone labeled him a traitor and started a campaign against him on social networks.