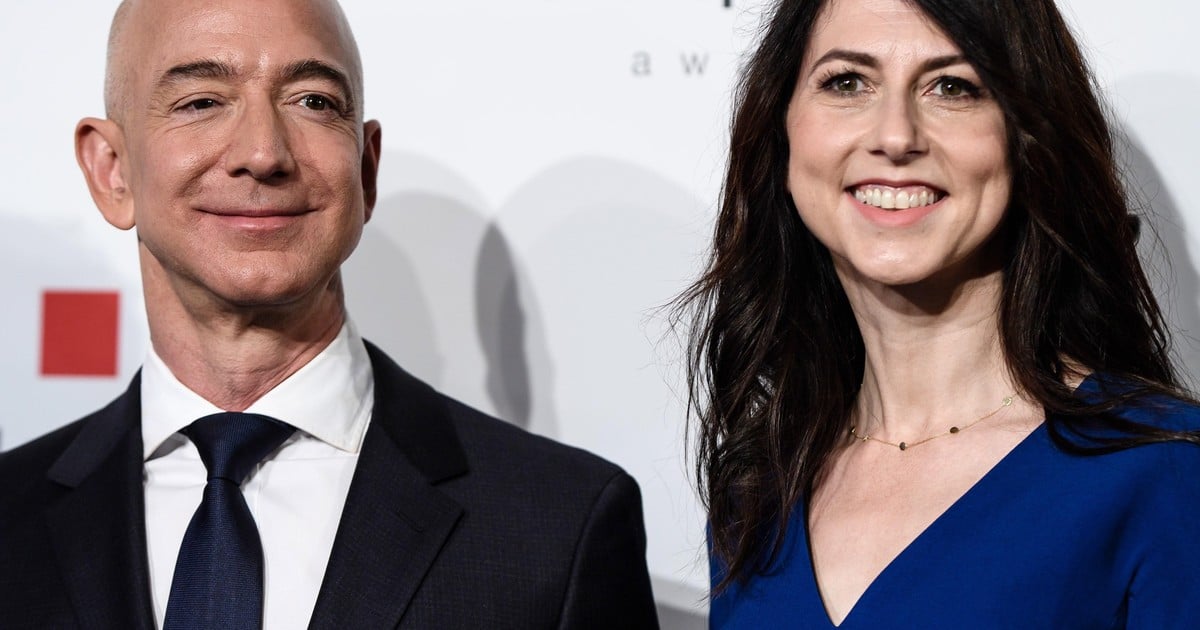 The richest man in the world announced today that his 25-year marriage was coming to an end. Jeff Bezos, owner of Amazon with a fortune estimated at 137 billion dollars, announced in his Twitter account that he was initiating the divorce of his wife MacKenzie.

"After a long period of attempts at exploration and separation of love, we decided to divorce and continue our lives as friends," according to a statement signed by both of them on the Amazon CEO's account.

The couple were married for 25 years and had four children. Photo: AFP

Bezos, 54, and McKenzie, 48, met and got married when they both worked in D.E. Shaw, a New York investment fund, in the early 1990s. Shortly afterwards they resigned and moved to Seattle, where Bezos founded Amazon. Now is the richest man in the world, with a fortune estimated at 137 billion dollars, according to Bloomberg's billionaire index.

Divorce can make you fall from the number one position in the ranking of billionaires and to resign the position to the co-founder of Microsoft, Bill Gates, since in Washington State – where they and the company are domiciled – all properties and debts acquired during the marriage must be equally divided by the Court if they have not negotiated a prior agreement. Bezos could lose control of the company, with which the company's shares may fall, experts estimate.

McKenzie is the author of several novels, including "Traps" and "The Test of Luther Albright". In a recent interview with Vogue, she said that the different personalities of both they complement each other "He likes to meet people, he's a very social man, the cocktails make me nervous, the brevity of the conversation, the quantity … it's not my favorite place."

They have four kids In their joint statement, the couple said they hoped to continue working together as "parents, friends and project partners." "We had a great life together as a couple and we have a great future ahead," they said.

To date, the most expensive divorces in the United States were the real estate entrepreneurs Steve and Elaine Wynn, estimated in 2010 at 1,000 million. Oil tycoon Harold Hamm also had to pay his wife a check for $ 974 million in 2012 for his divorce.