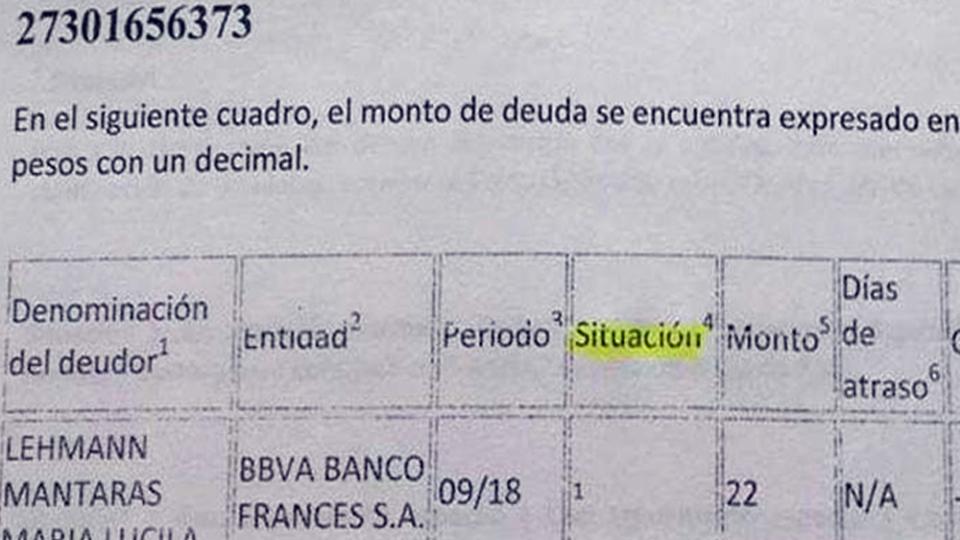 A UVA mortgage loan granted through a resolution of Banco Nación to the national deputy Lucila Lehmann became a controversy. El Litoral reported that on December 11, the Santa Fe headquarters of Banco Nación was notified that a loan would be granted despite the fact that "neither the legislator, very close to Elisa Carrió nor her husband, meet some of the requirements basic to qualify in this national program: they do not have fixed income, because they have political positions, they do not pay as freelancers and they also have a significant debt in a private bank. " "This happens after we denounce Governor Miguel Lifschitz and the Minister of Infrastructure for noncompliance with duties, for the lack of projects that lead the province to submergence," Lehman wrote in his Twitter account. Yesterday, consulted by Rosario / 12, Lehmann clarified that "the only real thing is that I got a loan, it is not real that I do not have fixed income because I always had."

The Litoral public realized that "in addition to the exceptional situation of the resolution, which very rarely is granted", what "in itself surprises" is that the loan was granted when classification as debtor of the deputy impossible. At the same conclusion came the portalCritic Zone that published: "The situation in a level 5 represents that the debtor is irrecoverable, so it is discouraged to grant him credit." In that case, Lehmann and her husband (Luciano Bugallo Di Prinzio) received a little more than $ 3,700,000 in UVA for the purchase of a home valued at $ 5,370,000, but acquired at $ 5 million. The established payment time is 30 years. "

According to a facsimile that is reproduced here, last year the legislator was in central debtors of the Central Bank with a debt to BBVA Banco Francés SA that was in "situation 1", that is, "normal" and described as "delays in payment not exceeding 31 days". On the other hand, with Creditia Fideicomiso Financiero, he placed him in "situation 5", which is indicated as "irrecoverable" and corresponds to "arrears of more than one year" in return.

"I am a professional, I work all my life, now I have a position, when I leave the position I will continue practicing the profession, with which the bank that is fixed is the one that has a periodicity of income that guarantees the collection. , everything that I had was solved months ago, like any citizen, and had no more than 6 thousand pesos for a card that had not been canceled, which is already corrected, "he commented.