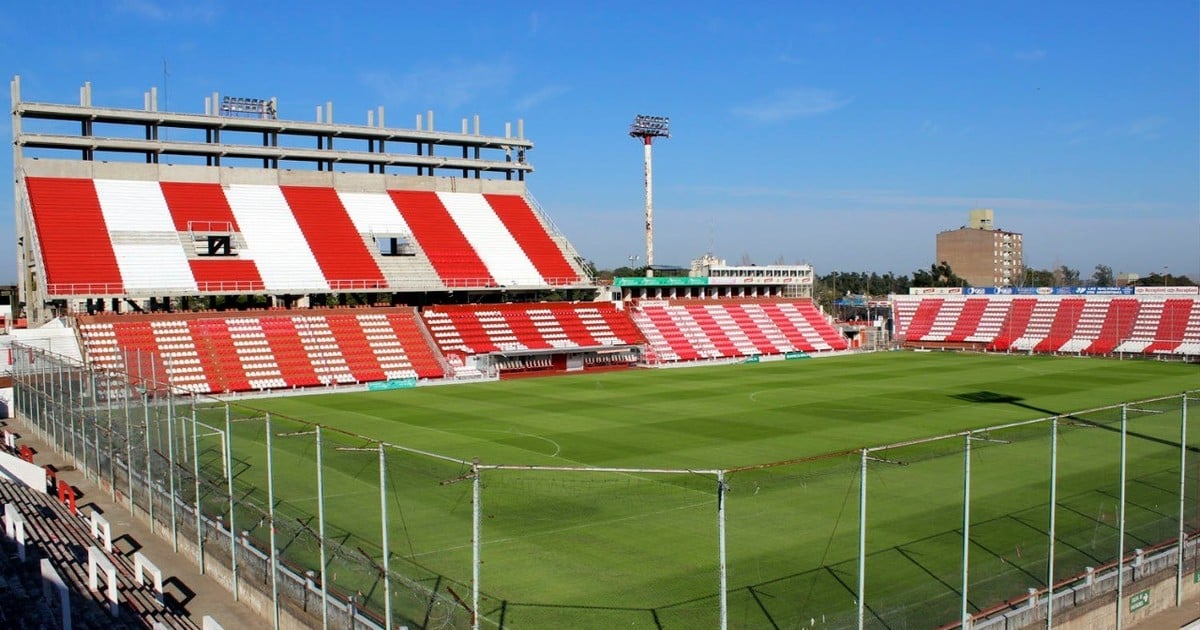 The Professional League Cup has just started and may already have its first asterisk. The Santa Fé Ministry of Security decided to suspend the meeting between União and Arsenal, scheduled for this Sunday at 2 pm, because the Tatengue club does not comply with “decree 0049/2020 that regulates the additional police service”, according to the government entity. In addition, in a notification addressed to President Luis Spahn, they strongly criticize the actions of general manager Jorge Recce.

Although there has yet to be an official response, a senior source from the Union leadership advised Ole what “the game is going to be played” and they trust to take the steps to be able to reverse the decision of the Ministry. According to the priests, the problem lies in the number of troops required from Security, which would be more than double the number requested for the Copa Sudamericana match against Emelec last Thursday. There would be an additional 24 for a meeting of no more than 200 people, between club delegations and TV workers. In other words: one police officer for every eight civilians …

Tate comes from being local in South America in front of Emelec (AFP).

THE PARTY SUSPENSION NOTIFICATION ISSUED BY THE MINISTRY OF SECURITY

Ref.: Cancellation of a football game for failure to comply with decree DECREE N ° 0049/2020 OF THE PRESIDENT OF THE CLUB UNIÓN DE SANTA FE Mr. LUIS SPAHN S__ _ / ____ D I hereby write to you in order to notify you of the cancellation of the match Unión de Santa Fe vs Arsenal Fútbol Club, which would take place this Sunday, November 1st, for violation of decree 0049/2020 that regulates additional police services.

This unshakable decision, which will be communicated to the visiting club, the Municipality of Santa Fé, the Secretariat of Transport, the Highway Police and the AFA, comes after repeated warnings by the staff of the Ministry of Security and the Provincial Police regarding the stubbornness on the part of the leadership in capriciously reviewing the public security criteria foreseen for this meeting.

In these communications it was warned that the game would be canceled if the authorities insisted on contradicting the security criteria resolved in meetings and various communications during the week.

In this regard, added to this note, the last notification sent by the police imposing an extension until 00:00 on Friday to request the service indicated by the Ministry of Security.

It should not be ignored, Mr. Spahn, that an attitude of such unreasonability this week led to a conflict between the Club and the Control and Coexistence area of ​​the Municipality of Santa Fé, which, for this reason, did not provide inspection services and control for the International Day of Conmebol (last Thursday). This situation forced the Provincial Police to quickly assume additional functions, not foreseen in the original planning, to cover the requirements of public security and deficient traffic control due to the lack of municipal personnel.

Return to the game on Sunday, despite the flexibility and patience of the staff dependent on the Ministry of Security to face the resistance to comply with the deadlines and legal conditions established in the decree for the request for exceptional judicial service – as well as the corresponding deposit – instituted by the decree. 0049, we only got slow and disdainful responses from the officer in charge of the Club’s security.

This leaves no scope for anything other than the cancellation of the meeting, in compliance with repeated warnings, an assignment attributed to us by the legal architecture that regulates security at sporting events, since this meeting cannot be held without police intervention. .

The irrevocable measure decided is based on the legal competence of the Ministry of Security that I recall.

Decree No. 92 of December 11, 2019 and its amendment No. 47 of January 15, 2020 attributed to the Ministry of Public Security a wide range of missions and functions aimed at the design, planning and execution of strategies for the prevention, control and investigation of crimes, as well as exercising political-institutional direction and superior coordination of the police system in the province of Santa Fe.

The powers, obligations and responsibilities of the Ministry of Security of the Province of Santa Fé in the prevention and security of violence related to sporting events derive from the following legal instruments: Internal Security Law No. 24.059 and its regulations, Decree No. 357 of 21 February 2002, its amendments and supplements, Decree No. 2009 of December 15, 2010, Decree No. 1,742 of September 20, 2012, Art. 16 of the Constitution of the province of Santa Fé; the decree of the Executive Power of the Province of Santa Fe 406/2013; Decree nº 246/2017 that regulates Law nº 20.655 and its amendments; Law on Penal and Contravention Regime for the Prevention and Repression of Violence in Sport Exhibit 23.184 – text ordered by Law 24.192 -, modified by Law 26.358; the law on public presentations; Qualification of control and admission personnel Nº: 26.370 / 2008.

In carrying out its specific functions, through the Secretariat for Preventive Security, it also takes into account the resolution of the Ministry of Homeland Security No. 1949/99; and the resolutions of the Ministry of National Security No. 1202/2012 (Soccer Security Regime), No. 33/2016 (National Register of Persons with Right of Admission to Football Shows); Nº 354-E / 2017 (Administrative Service Restriction. Soccer Shows); Nº 355-E / 2017 (Violence Prevention Regulation in Football Programs).

I recall, in turn, that Article 7 of Decree 246/2017, establishes that: “The MINISTRY OF SECURITY, within the scope of its powers conferred on it by law, may preventively, for reasons of public interest and in accordance with guidelines reasonably reasoned objectives, restrict participation in football shows to anyone who considers that they may pose a risk to public security. “Likewise, in Article 5, the Ministry is empowered to declare the need for temporary closure or definitive of the stadiums where football shows are held.

Such preventive powers must be considered delegated to this Ministry of Security of the Province of Santa Fé for the said adhesion resulting from Laws 10.527 and 13.051.

Finally, I would like to underline that the new Rules for Organization, Development and Transmission of the AFA Professional Football League also provide for instances of intervention by the security agencies adjusted to the new context of the COVIN-19 pandemic.

Mr. Spahn, I would like to take this opportunity to express my boredom due to Mr. Jorge RECCE’s recurring and unacceptable rudeness towards the personnel dependent on my Subsecretariat and the police personnel. I request that you speak to that person to remind them that good manners favor coexistence and that their rudeness (which has already been the subject of a complaint by the Ministry of Security at the national coordination table of the AFA / Professional Football League on date 2 September) are not accepted. If Mr. RECCE is unable to rectify his disposition to disagreement, for any reason, I will request that he delegate the dialogue on security issues to another person on the Board of Directors.

TOPICS THAT APPEAR IN THIS NOTE