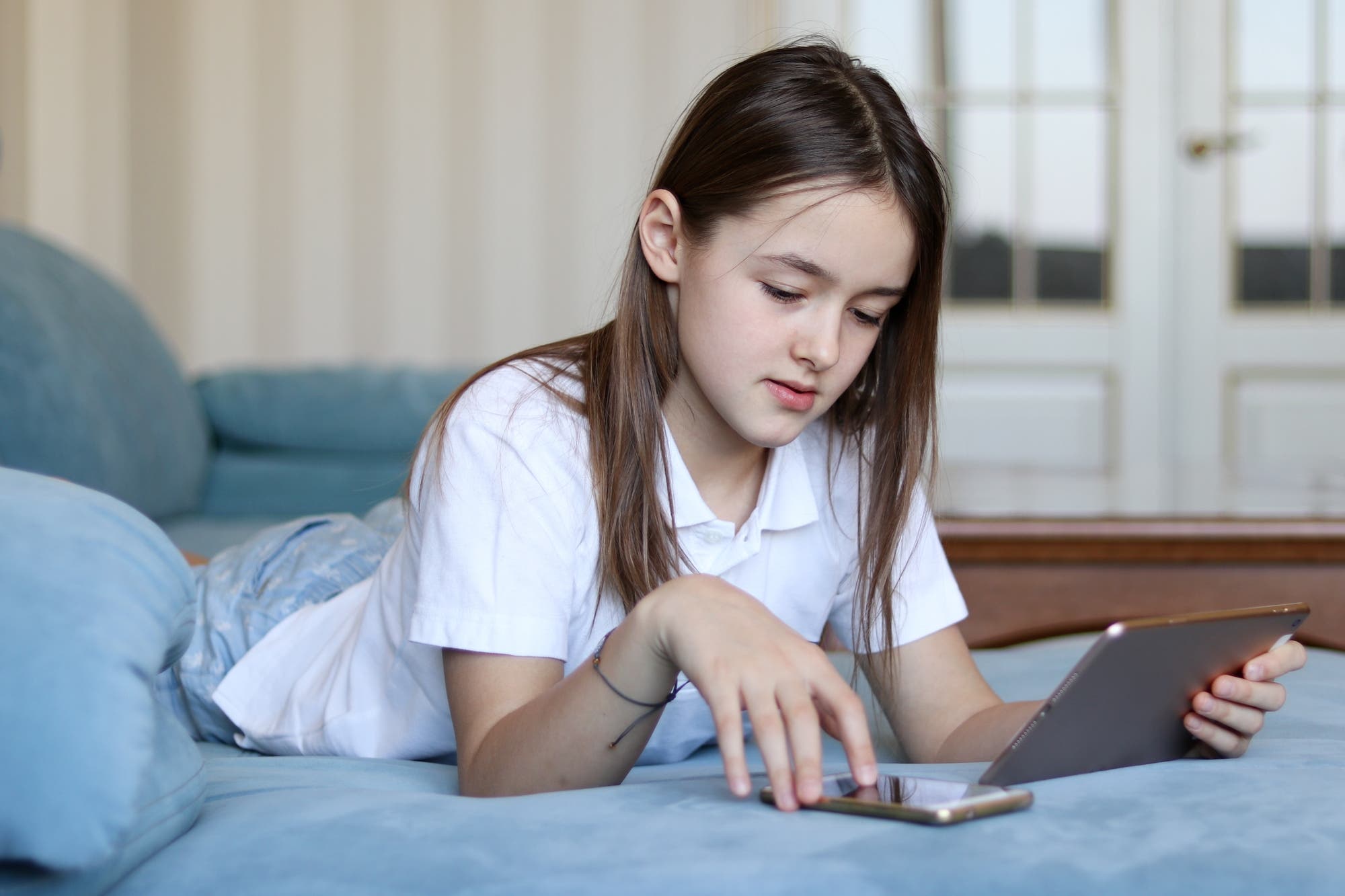 A generation ago, parents were concerned about the effects of television; before that, it was the radio. Now the concern is "
time in front of screens, "a general term to talk about the amount of time that children, especially pubescent and teenagers, spend interacting with televisions, computers, smartphones, digital tablets and video games.
the interaction with the screens increases dramatically during adolescence and because the development of the brain also accelerates at this age, since the neural networks are defined and consolidated during the transition to adult life.

On Sunday afternoon, CBS's "60 Minutes" broadcast reported on the early results of the
ABCD study (on Adolescent Brain Cognitive Development), a $ 300 million project funded by the National Institutes of Health (NIH). The purpose of the analysis is to reveal how the development of the brain is affected by several factors, including substance use, bruising and time in front of the screens. As part of a newspaper revelation about the time in front of the screens, "60 Minutes" reported that spending a lot of time using them was associated with lower marks in aptitude tests, in addition to "cortical thinning" – a natural process – in some children . However, the data are preliminary and it is not clear whether the effects are long lasting or even significant.

Does screen addiction change the brain?

Yes, but the same thing happens with any other activity that children practice: sleeping, homework, playing football, arguing, growing up in poverty, reading, using an electronic cigarette in the backyard. The adolescent brain changes continuously, or "reconnects," in response to daily activities, and this adaptation continues through the first half of the twenties.

What the scientists want to know is whether the time ahead of the screens at some threshold causes some kind of measurable difference in the structure or brain functions of adolescents, and whether these are significant. Do they cause attention deficit, mood problems or delays in reading or your ability to solve problems?

Have these types of differences been found?

Not convincingly. More than a hundred reports and scientific analyzes have studied the relationship between the way the screens are used and the well-being of young people, looking for emotional or behavioral differences, as well as attitude changes related to aspects such as body image. In 2014, scientists from the Queen's University of Belfast reviewed 43 of the best studies. They found that social networks allow people to grow their circle of social contacts in ways that can be positive and negative, for example, exposing young people to aggressive content. The authors' review concluded that "there was not enough solid causal research on the impact of social networks on the mental well-being of young people." In short: the results were diverse and sometimes contradictory.

Psychologists also examined whether the use of violent video games is related to aggressive behavior. They performed more than 200 studies like these; some researchers found links, some did not. One challenge in the study of this and other aspects of time in front of screens is to identify the direction of causality: children playing violent video games become more aggressive as a result, or were drawn to such content because they were more aggressive since the beginning?

Although scientists find solid evidence of a single measurable effect – if, for example, three hours of screen per day are associated with an increased risk of being diagnosed with ADHD – such an obvious link would not necessarily suggest that there were consistent and measurable differences in structure of the brain.

Individual variation is a rule of brain development. The size of specific brain regions, such as the prefrontal cortex, the rate at which these regions edit and consolidate their networks, and the variations of these parameters from one individual to another make interpretation of the results very difficult. To address these kinds of obstacles, scientists need huge numbers of research subjects and a much better understanding of the brain.

Is not that the purpose of the NIH study?

Yes. The ongoing ABCD study is expected to track 11,800 children through adolescence, with annual MRI scans, to see if changes in the brain are behavioral or health related. The study began in 2013, recruited 21 centers of academic research and initially focused on the effects of drugs and alcohol consumption on the adolescent brain. Since then, the project has expanded and now includes other targets such as the effects of brain damage, time in front of screens, genetics, and a host of "different environmental factors."

However, the accuracy of the time in front of the screens, which they themselves report, is difficult to verify. In addition, the relationship between small differences in the brain structure and the way people behave is actually even more ambiguous. As a result, researchers in practice are multiplying one uncertain relationship by another and must make statistical adjustments. It is very difficult to get clear conclusions and this situation is complicated due to the fact that a brain scan is only a temporary catch: within a year, some of the observed relationships can be reversed.

The authors recognize this as well. "The diversity of results provides an important public health message: that the interaction with the screens is not simply detrimental to the brain, or brain-related functioning," they concluded.

In other words, the measured effects may be good, or, more likely, they may not be meaningful, until other investigations prove otherwise.

But surely the vice on the screens is somehow bad for the brain?

It is probably bad and good for the brain, according to the individual and their television habits. Many people who are socially isolated as a result of abuse, personal eccentricities or developmental differences, such as Asperger's syndrome, establish social networks through their screens that they could not find in person.

Separating the negative and positive consequences on the brain's physical development will be very difficult, given the many factors that are potentially at risk: the effects of marijuana use, alcohol, electronic cigarettes, genetic differences, changes at home or school, and the whole storm adolescence.

Most parents may already be aware of the greatest time disadvantage in front of screens: the degree to which they can displace other childhood experiences, including sleeping, climbing fences, designing tricky tricks, and getting into trouble. In fact, many parents-perhaps most-watched several hours of television a day when they were young. Their experiences may be more similar than they think to their children.