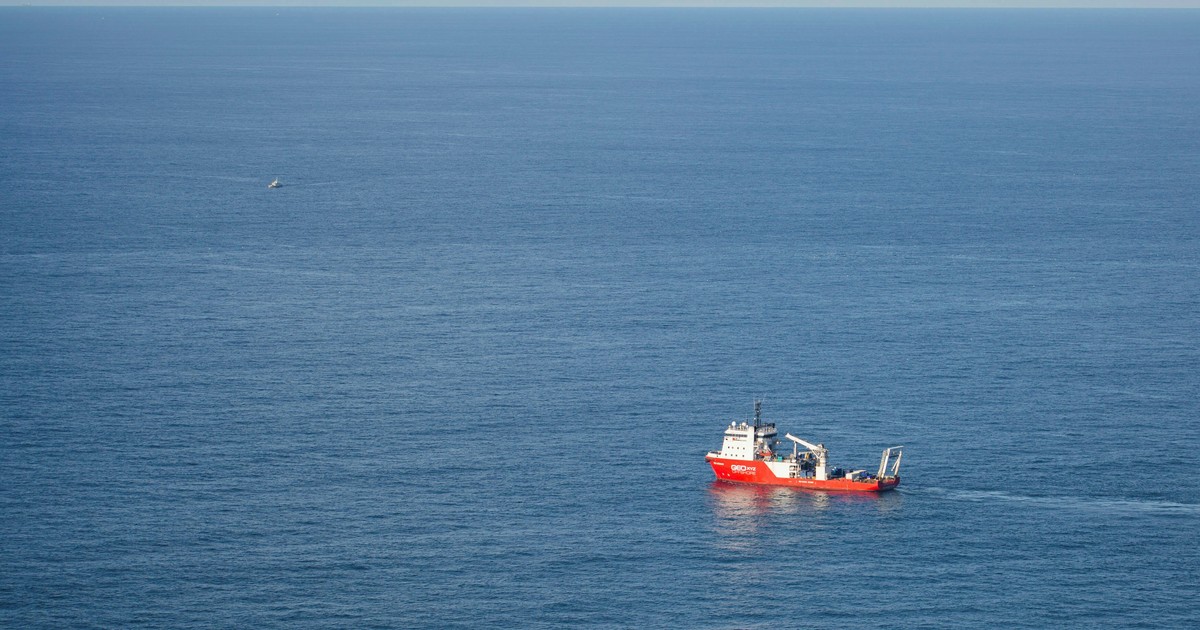 A new and third attempt to recover the body found among the wreckage of the plane carrying the Argentine player Emiliano Sala was held on Tuesday at dusk in the stormy waters of English Channel. These waters are some of the most dangerous and vicious in the world, especially in the vicinity of the island of Guernsey where the plane crashed. The weather changes in minutes. This explains the time difference in rescue attempts. If they do, they will also try to recover the Piper Malibu who piloted the British David Ibbotson and was sunk to 63 meters deep. The British agency AAIB, which investigates the accident, reported from London.

"We are trying to recover the body.. If we can, we'll consider recovering the wreckage from the plane, "a spokesman said." He said, "Strong current conditions mean that we can only use a vehicle operated remotely for limited periods every day and that means the progress is slow. In addition to the results, we will not make further statements until the family is informed. "

Fragile waters occur when high and low tides change places. This is the time needed to work in a small window of time. It was at 3:30 pm British time on Tuesday. Another current change was at 7.30, when the team resumed the tasks they had begun at dawn. So far, the Geo Ocean III vessel has been involved in the operation, which was leased to the British Ministry of Defense.. The mission had to end yesterday but, in the proximity of being able to recover the body, could be extended.

During the night of Monday they tried to rescue the body and they failed. They returned to the back with their vehicles at nine in the morning, to no avail. In Geo Ocean III there are no divers and this forces you to use the robotic vehicles. That is why, in part, attempts to rescue the body failed, which was visible in the video that the robots themselves recorded hours after the plane was found last Sunday.

Diplomatic sources have informed Clarin that it is "the AAIB who is in charge of the operation". First rescue the bodies and then decide if they can lift the plane, which has a weight of 1,500 pounds. Your recovery will be vital to the skills that will help determine the causes of the accident. So far, it is the agency that is paying for the operation. If it gets complicated, it will be time for insurers and clubs to decide whether to fund this rescue because it will give them vital information to establish accountability.

The court battle will begin immediately after the AAIB preliminary report, which will be known in about a month. Cardiff stopped payments to Nantes until responsibilities were established and what happened happened. The position of midfielder Willie McKay, who hired the plane, and the pilot Dave Henderson, who delegated driving the plane to Ibbotson, is very delicate. They may be accused of gross negligence if it is established that it was a commercial operation disguised as a private and with a pilot who could not fly with instruments.

The families of Sala and Ibbotson authorized the rescue to AAIB. The British criminal agency will also intervene in the accident to investigate responsibility for the killings.

So far, the AAIB has not told who matches the body that is observed in the video. But experts believe that, by not breaking the plane, the pilot and Emiliano Sala could be in their seats, tied with the seat belt.

David Mearns, the British-American oceanographer hired by the family, who found the wreck of the plane only six hours after the search began 24 miles off the island of Guernsey, said it was "imperative that the plane be recovered." Yagregó: "And more when we know that there is someone down there." The scientist believes that with a ship equipped to work in the North Sea and with the appropriate means to support a dive boat, the plane can be recovered in a few days.

The Argentine government thanked its British counterpart for locating the plane and asked it to continue its efforts to determine the causes of the accident. If this effort was made by the authorities of the United Kingdom, it is due to the mediatization of the tragedy and also to the new and oiled Anglo-Argentine relations.