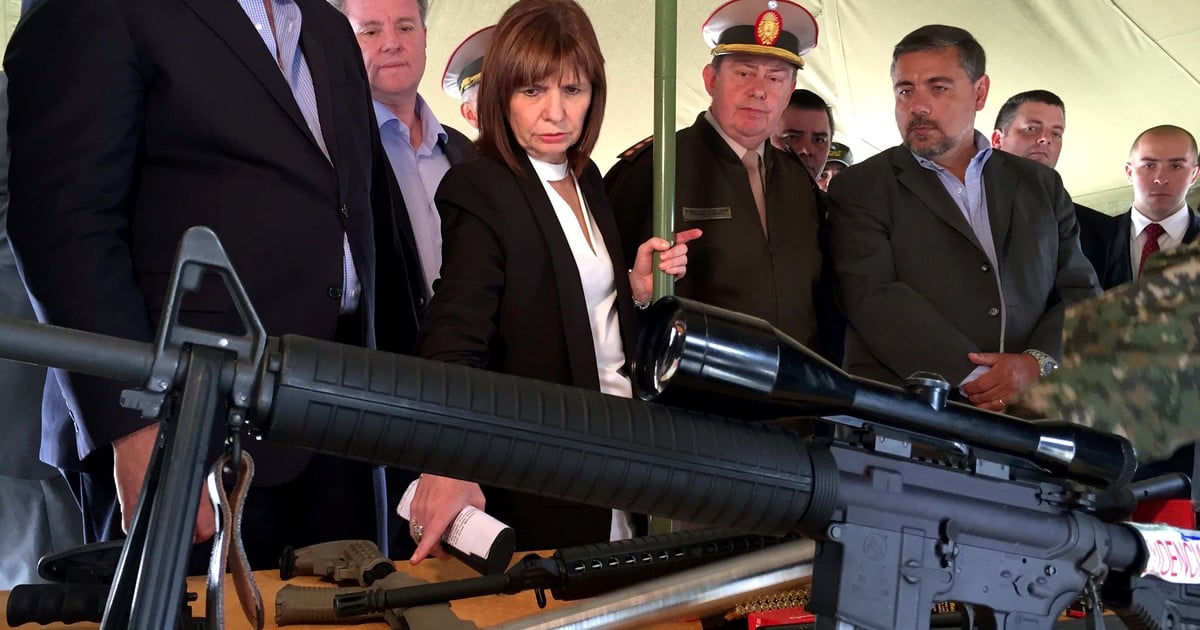 The commitment that the Government places in the public installation of a security agenda can recognize three political virtues. It is, in fact, a serious concern that crosses the social pyramid vertically. It would avoid the monopoly, on the other hand, of the popular malaise by the economic crisis that the official announcements on the future increases of tariffs helped to take advantage. Incorporate at the beginning of the electoral campaign, with the fugacity that everything has in Argentina, a question very uncomfortable for the main opposition. In fact, almost no Peronist or Kirchnerist voice was heard when Security Minister Patricia Bullrich began to discover her program.

Before that there was a narrowing of posts in Macrismo. An indispensable condition to promote a battery of measures that will certainly open some discussions with the radical partners and Civic Coalition that make up Cambiemos. Elisa Carrió put the cry in the sky when Bullrich announced the easing of the police protocol for the use of firearms during the persecution of delinquents. He even called him a fascist.

The novelty was the truce sealed between Horacio Rodríguez Larreta and the Minister of Security. There were always differences between them in the rigor to face street demonstrations. This mood was diverted after a hinge episode: incidents that forced the suspension of the game between River and Boca for the Copa Libertadores on December 9. That ended up solving in Madrid. The departure of Martín Ocampo as security minister of Buenos Aires. These functions were absorbed by the deputy chief of administration, Diego Santilli.

The officer became a direct link with Bullrich. Without the mediations that Ocampo suffered many times. Even propped up within the national cabinet. Santilli received the permission of Rodríguez Larreta. The first important test passed successfully. The government announced the purchase of 300 Taser pistols. An electro-shock mechanism to be used at airports and train stations. Difficult to happen in the first case due to the amount of natural controls that exist. Probably this may happen in the second, where you usually do not see more than a few policemen in the city or Buenos Aires. The debate over the Taser gun occurred in the city in 2016.

Santilli spoke on the subject with the minister and his direct boss, Rodríguez Larreta. The idea of ​​the deputy chief, to begin with, would be to put them to use in the subway stations. Where crimes are committed daily. Those responsible, in the midst of the crowd, can hardly be reduced.

The taser-guns dilemma and the general security problem seem to provoke a ostensive void in the Kirchner-Peronist discourse. Differences, in this sense, have arisen during the last decade. In 2015, Sergio Berni, then Secretary of Security of Cristina Fernández, said that Tampering it's viable in specific places. As the government now proposes. At that time, he maintained a counterpoint with Aníbal Fernández, chief of staff, who opposed it. Perhaps stimulated only by the desire of political confrontation against those who held the intendancy and pointed to the Casa Rosada: Mauricio Macri.

Since Kirchnerism went to the opposition, Berni remained almost the only authoritarian voice in security. His preaching is far from adhering to the guarantee imposed between the k theses of former Supreme Court Judge Raúl Zaffaroni. Berni questioned Bullrich's new police protocol. "It's smoke," But he did at the same time admissions that irritated the docile sensitivity of Kirchnerism. Accustomed to reporting that during his rectory, few victims had been registered. Berni said that "many times" he had to kill criminals. Or that he had to give these orders so the victim could be saved. He added that priority is always "Save the victim and defend the authority." Minister Bullrich, perhaps, would not have been so effective with the same explanation.

The Coordinator Against Police and Institutional Repression (Correpi), composed of nucleation related to the center-left, reported that among the In 2003 and 2015, 3,070 people died due to torture and easy triggering. He assured that 21 social activists were killed by security forces in repressive acts. And that there were 70 disappeared during the Kirchner decade. It is the same organization that now an unarmed person dies in Argentina every 22 hours. Palazo by the macrismo. It is not clear, however, what would be the methodology to conclude on these statistics. But it reveals, in any case and historical circumstance, that violence is a permanent phenomenon in our society.

Bullrich completed his last-day menu with other announcements. The creation of an army of reservists. With what budget ?, It would be worth questioning. He added an old question that tends to be nothing: the project to reduce the age of imputability. He has already divided the waters several times in Congress. The brooch would be in charge of the expulsion of foreigners discovered in a crime situation. He explained that in recent times "especially in drugs, the increase of crime in the hands of foreigners is important." It would reach 20% of the detainees.

Once again, the strongest dialectical support the government could find would emerge from Kirchnerism. There, the pro-progressive sectors allude to the alleged risk of xenophobia. The burden of guilt on immigrants. But it is not the only look. In October 2014, Berni assured that the country is "infected" by foreign criminals. He then said that it was a conflict that was at least three years old (2011). This, among several reasons, obeyed under the protection of judicial laxity.

His frankness came on the day that prosecutor Carlos Stornelli was surrounded by 12 Colombian assailants on Illía highway. One block from the Obelisk. It also bleached this insecurity "It's a real problem, no feeling at all." Another shot by elevation to Hannibal, number of that silly and famous phrase.

To tell the truth, Berni was not alone on this occasion. Daniel Scioli's then Security Minister, Alejandro Granados, now the new mayor of Ezeiza, expressed his "full agreement" on the deportation of foreigners who participate in crimes. Argentina's Senate federal bench chief Miguel Angel Pichetto made a similar proposal last year after the incidents surrounding the budget's treatment.

Pichetto joins Juan Schiaretti of Córdoba, Juan Manuel Urtubey of Salta, and Sergio Massa, the space that gathers other Pejotist governors who plunge into an electoral alternative that differs from Cristina. The former deputy of the Renovador Front prefers not to talk about the government's insecurity agenda. Why do you share more than you disagree? Difficult to know until you start, like the others, the gag