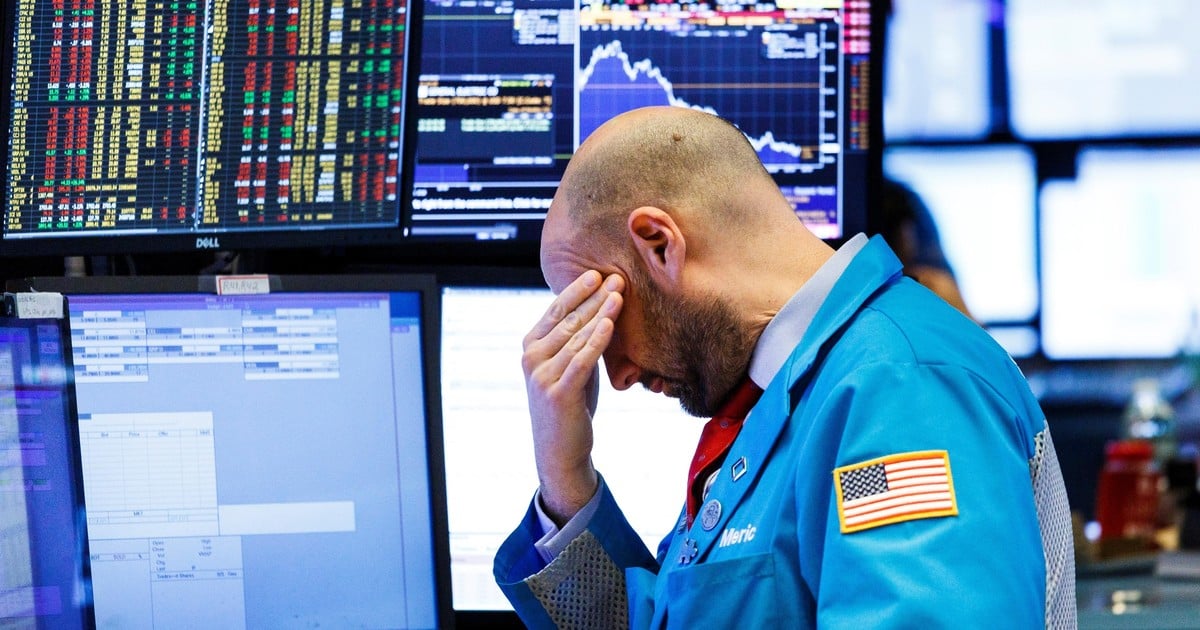 O country risk of Argentina touched the level yesterday largest of the Macri era and the highest in four years. O EMBI JP Morgan Index, better known as country risk, closed at 821 basis points for Argentina. The last time he recorded a similar number was in December 2014.

The index showed increases every day this week. It started at 763 points. Analysts say a combination of factors explains this performance. Among them are:

– The international context. The Financial Times said yesterday that Wall Street registered the worst December since 1930, the year of the Great Recession. In fact, stocks in the United States are at their lowest level in 17 months and closed this week with the worst record since August 2011. The market did not welcome the Federal Reserve announced on Wednesday that it would raise rates twice in 2019 since the Fed itself acknowledged that the US economy Marching for a slowdown and an increase in the rate could accentuate this trend even more strongly.

– The role of Cristina Kirchner going back to 2019. According to the government, but also several analysts, the candidacy of the former president increases the uncertainty about the direction of the economic policy that Argentina would maintain after 2019, mainly the agreement with the IMF and the policy of tariff revision to increase the rate. investment in the economy. Gabriel Rubinstein, an economist, thinks the country's risk "would fall to 500 points if Macri were to be guaranteed next year." But if Cristina wins, she goes to 1,200 or 1,300 points because nobody knows what she would do. "

– local factors. Yesterday, in the market, a trader explained that banks that renewed the repo operations to finance the Treasury increased their demand for coverage to face the possibility of default. Hence the increase of the credit default swap. Another justification for increasing country risk is for investors to close their portfolio positions at the end of the year and release their securities. Others, on the other hand, are simply concerned about the dynamics of Argentina's foreign debt and its ability to pay beyond 2019. Although the IMF has guaranteed disbursements for next year, the country will be less vulnerable only when its economy begins to grow . The most critical doubt is that this will happen soon because they point out that the IMF program is recessive.

In Treasury explained yesterday that the increase of country risk obeyed, specifically, "For global sentiment, probably the worst year since 2008". "There was almost no volume," they commented on the fall of the titles.

Country risk is the difference between what Argentina has to pay to have debts of 10 years and what an economy like the United States pays. The country must then endorse a rate of 8.21% more than the US pays, an account that would 11% to borrow. A very high cost. Therefore, Argentina is currently outside the voluntary debt market.

In government, however, two figures in favor of the financial front stand out. O first is that the pressure on the dollar has declined. The dollar fell 14 cents to $ 39.02 in the week, after closing almost stable on Friday. O second"It's that investors show little doubt about meeting the IMF's fiscal, monetary and external targets."

Yesterday he entered the agency's disbursement to US $ 7.619 million which the Executive Board approved on Wednesday after analyzing compliance with the program wait. It was the third installment of the program agreed for about $ 57 billion. The Fund again praised this week for its compliance with the plan. O reservations They closed the week at $ 66,343 million.

Within the government they rate the increased risk of this country this week as "Frustrating". They consider that all duties have been done. An agreement with the IMF that accommodated funding needs for the coming year and the political support that Mauricio Macri received at the G-20 Summit in Buenos Aires from world leaders. Current levels of country risk trigger the analysis of stress on the Argentine economy and make negative the issue of the discussion about the country among investors.