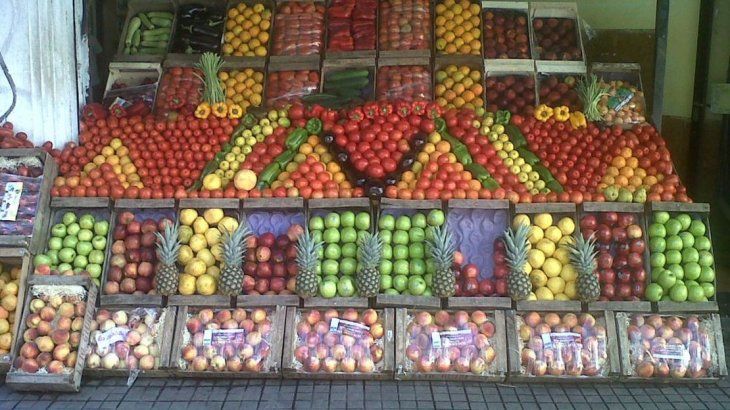 According to the agency, The difference in price between origin and destination in this type of food increased by 5.8 points in the same month.

This situation also occurs in the context of a drop in sales, especially in fruits like orange, mandarin, red pepper and pumpkin.

The data comes from Ínsays Origin and Destination Prices (IPOD) that elaborates the sector of Regional Economies of the CAME based on what is published in the online newspapers of the main supermarkets of Argentina.

As for agricultural products, the difference between what the producer charged and what went on the gondola was 566%, which represents an increase of 7 points in relation to the previous month.

The foods with the biggest breaches in November were: orange, which multiplied its cost by 13.7 times since leaving the field; red peppers with a multiplication of 8.57 times; the red apple with 8,11 times; the mandarin with 6.86 times and the pear with 6.54 times.

The products with small differences between one sale phase and the other were egg and chicken meat, since the consumer paid only 2.51 times more than the producer received, chard (3.12 times) and round tomato ( about 3.48 times).

Dante Javier Grigolatto, vice president of the Entre Rios Citrus Federation (FeCiER), explained that "Many Entre Ríos producers are choosing to go to the market directly, and sometimes they do not sell what they have, which results in having to throw away the fruits they have left.".

"Inputs have increased a lot in recent months due to the devaluation and since they can not update their sales prices, they are working at a loss," he said.

The share of the producer in the final cost of food was reduced in November to 22%, on average, against the 22.9% of the previous month.