In March, agricultural machinery would begin to recover sales 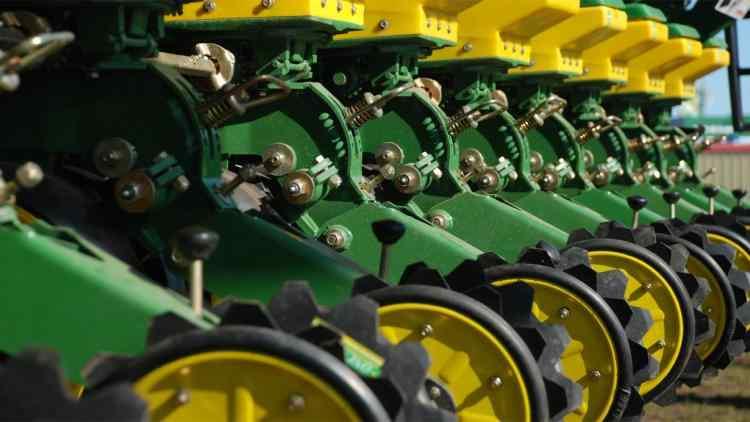 No one like the farm machinery industry is in a position to directly receive the benefits of a larger grain crop, as expected for this year. When agricultural output is positive, there is an incentive on the part of producers to invest in renewing or upgrading equipment. That is why industry insiders are confident that, as of March, when most of the soy and corn production starts to be harvested, there will be a recovery in sales.

"We had a complicated 2018, marked by a severe drought that reduced the harvest and the lack of financing," said Lisandro Tron, president of the Agricultural Machinery Manufacturers Association and Agrocomponents of Córdoba (Afamac).

Looking at the current year, and beyond the contributions that can be generated by the crop that is projected as a record, the expectations of the manufacturers are moderate.

The diagnosis of the entrepreneurs coincides with that of the Institute of Studies on the Argentine and Latin American (Ieral) Reality of the Mediterranean Foundation, which, with the support of Afamac, has been following the industry for several years. "There are favorable expectations for 2019, based on a possible good harvest and a valuation that would allow a recovery in sales," says the report prepared by economists Marcos Cohen Arazi and Fernando Kühn.

Although the crop spill is essential, manufacturers know that financing is essential to boost sales. More if we take into account that in recent years about 85% of equipment sales were made with bank credit.

"The best harvest is going to boost sales, the important thing is that the contribution of the money received by the economy serves to lower the interest rate," Guillermo Abratte, manager of the company DobleTT, in Morteros.

For Gustavo del Boca, owner of the Oncativo Metallurgical Establishments, with a good harvest it is not enough to reactivate the sector. "We need basic measures. Borrowing at current rates means that companies commit capital," he said.

De Ieral also emphasize the need for credit at competitive rates. This compels, according to the institute, to consider the rebound expectations "in moderation."

The brake on the price update will be fundamental so that in the coming months the financing is again accessible. "The loan at a reasonable rate will return, but gradually as inflation is controlled," said Alberto Gaviglio, president of San Francisco-based Akron. "When we have inflation between 25 and 30 percent a year, .

During 2018, the lower activity was reflected in the use of installed capacity in the local industry. The indicator reached 69 percent, down from 77 percent in 2017 and the highest level of employment since 2011, according to Ieral.

While the drop in sales was significant, "on the verge of a loss, as in 2015," according to Tron, the companies struggled to keep the team. The indicator of total employment in the sector prepared by the IERAL showed last year a reduction of only two points, which keeps it among the highest values ​​since 2011.

"The crop will help, but the producer will not buy without funding"

"The loan at a reasonable rate will return when there is inflation between 25 and 30%."

"We need basic measures for the industry, because it is not enough with consecration alone."

The original text of this article was published on 01/19/2019 in our printed edition.