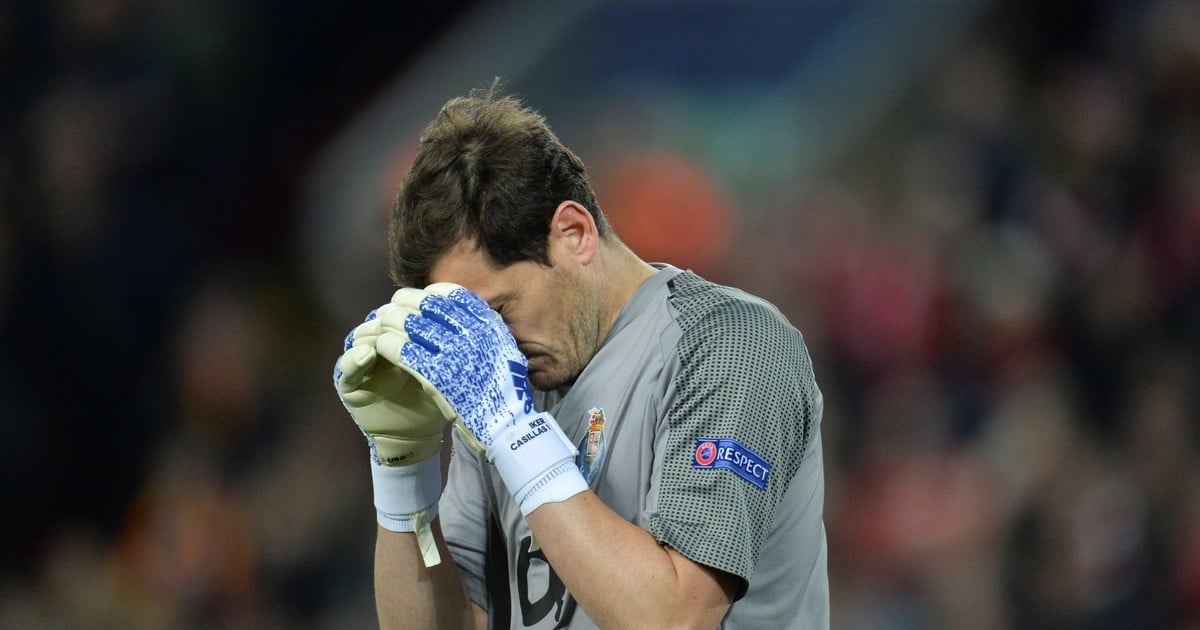 The Spanish goalkeeper Iker Casillas was hospitalized urgently Wednesday after suffering a heart attack during the formation of the Port of Portugal, where he plays since 2015 and with which he recently renewed his contract until 2021.

According to the first information, the former Real Madrid footballer and the Spanish team felt bad during the practice and, after the first attention, was transferred to the hospital of CUF Porto, where he practiced a catheterization and is stable.

In addition, according to the publication of Radio and Television of Portugal (RTP), the footballer, who will turn 20 on May 20 I would not play again for the rest of the season. Another medium, TVI24, said a stent was placed.

However, none of this information was confirmed by the Portuguese club, who, through a brief statement, commented that the goalkeeper suffered "acute myocardial infarction" and that "the heart problem was solved", without specifying what intervention was made. He also added that Spanish is "stable."

On March 20, Iker Casillas renewed with Porto until 2021. "Betting on someone almost 38 years old is not easy, but from the first moment he gave me confidence, and my renewal is important because it means to stay connected to the club, the city ​​and country, "the archer said. His future, now, was suspended.

Casillas is one of Spain's historic archers, multi-champion with Real Madrid and 2010 World Cup winner with his selection. He has more than 600 games in his career and since the 2015/2016 season plays in Porto, where he has already won a league and a Supercopa.