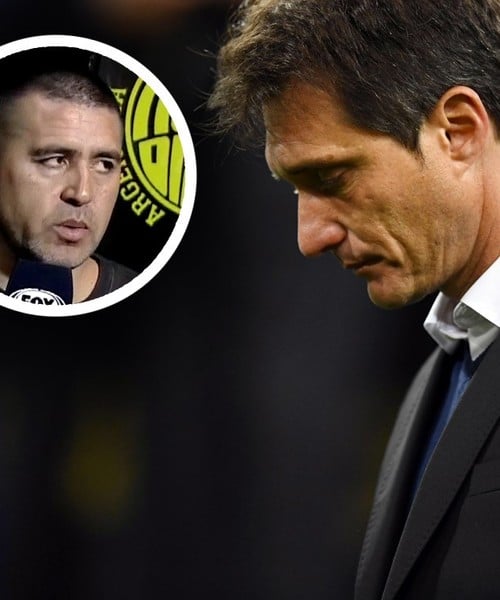 Some of the decisions of Guillermo Barros Schelotto in the match against the River were discussed. But Juan Román Riquelme, who shared several years with Mellizo as a player, did a broad analysis of the coach's work. "The coach has to be at home thinking about the game, he has been three times on the scoreboard," explained JR. He added: "Mouth could never leave River nervous when he was ahead, he could never stop the game. Mouth feels comfortable playing well because he trusts he gets a goal out of nowhere, he comes back and that's how it was during the World Cup. "

The xeneize idol also made clear his agreement with how he did Schelotto all this time leading the team. "It's not easy being a coach, sometimes from the outside you can say a lot, I had the pressure to win the Cup and it took us to the final, which is not easy, it was more painful to lose with the Independiente del Valle than the final is not easy and Boca can only miss the last game, I always thought when I played, "explained Fox Sports Radio. He added: "The two best come to the final, you may like how the team plays or not, how they attack or defend, but we agreed that the two best reached the final."

See also: "The rematch is in progress because there is always revenge"

Roman also referred to what appears to be an imminent departure from the twin. "I can not comment on technicians. I did not hear the leaders and the coach said he's leaving. Until you hear this, we have a technician. We are grateful that he has come to an end and the joys he has given us as a player, "he explained. And, on the other hand, he made clear his position on its continuity: "If he continues as coach he will know what he has to improve and the players too, if another comes, we hope he can choose well, if he continues, we have to support him because things will improve. And if Guillermo decides not to continue, let's hope they choose well. I do not know how many technicians are available in our club. "

Former Boca midfielder, eleven times champion with the blue shirt and gold, they consulted him for the participation of Carlos Tevez. The answer, focused on the nine minutes he was on the court, was blunt: "He did not play."

"Tevez did not play"