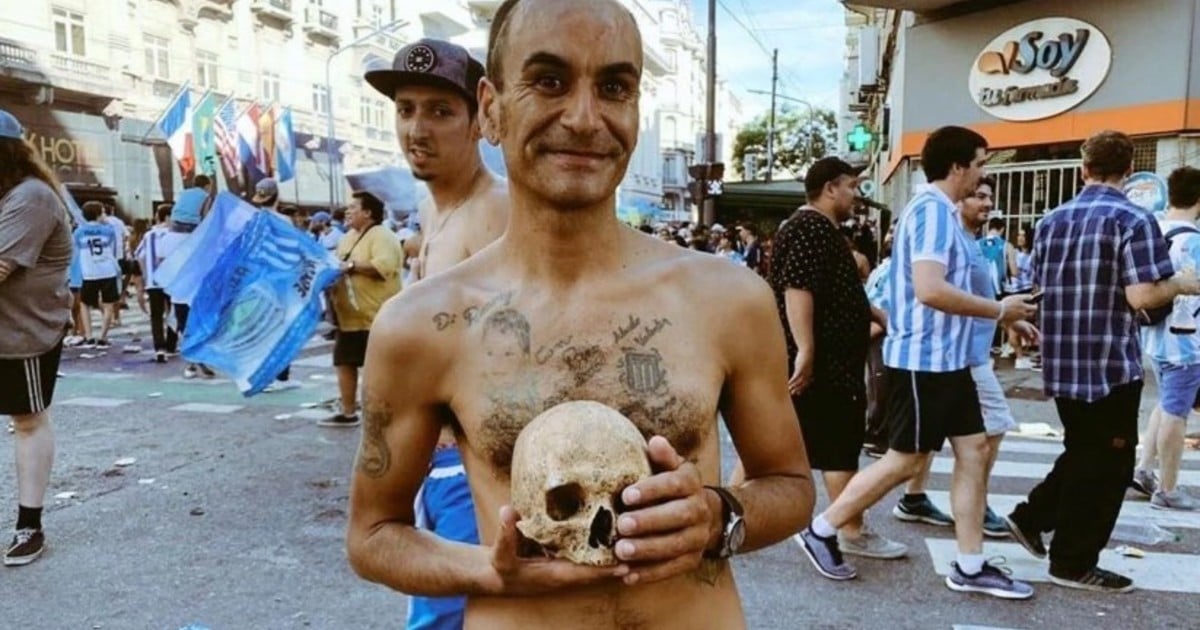 Although apparently very different places, football and death have always contributed with curious anecdotes. More than one fanatic spread the ashes of a relative in court or buried a friend in the colors of his love club.

But now a fana Racing who identified himself as Gabriel Aranda made the popular mythology grow with a story as curious as it was improbable: he took a skull to the matches and the Obelisk (real, of course), and said that skull It was your grandfather's Valentín Aguilera

And that, in addition, he told TNT Sports how he got it: "I was in the niche and I took it all the time that Racing played, that's the Racing cabal, you'll be proud because I took it," he said.

The young man was with his "grandfather" in the celebration of the Obelisk and his history became viral in the social networks. In the previous match, that supporter of Acadé had already shown the skull in the banner that made to support the team before leaving for the Victory.

Aranda, with the remains of his "grandfather".

The young man with the skull of his "grandfather".