The woman had to tell her neighbors about what had happened in her house and the photos soon became viral. 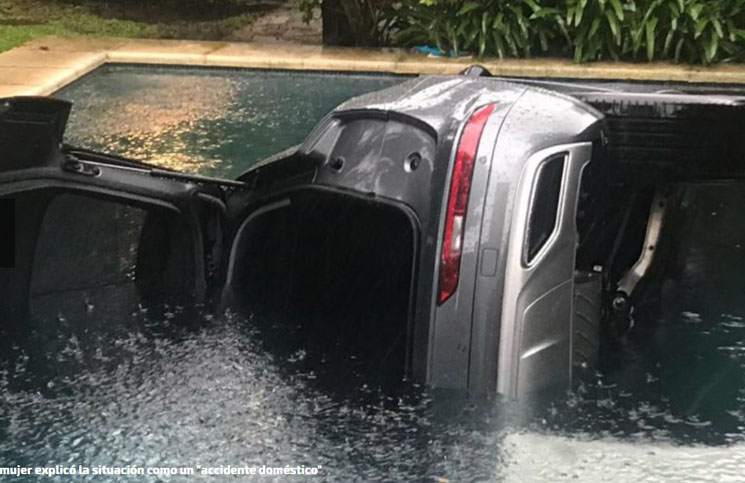 A woman found herself in a situation so difficult to describe that she had to take pictures to explain to the neighbors why a crane would clog the street sometime in the afternoon: to take her truck the pool.

"I suffered a domestic accident," the woman said in an audio message to her neighbors in the northern suburbs of Buenos Aires. "It fell, well, I fell with the truck and all to my sink for a mechanical problem, "he revealed.

"Now we will have to hire a crane that would come before the age of 18 to get it off the roof. Please excuse the inconvenience, because they will cut the street for a while," said the woman apologizing at the same time, she asked the owner of a black Ford Focus to move the vehicle "to park the crane" on that site.