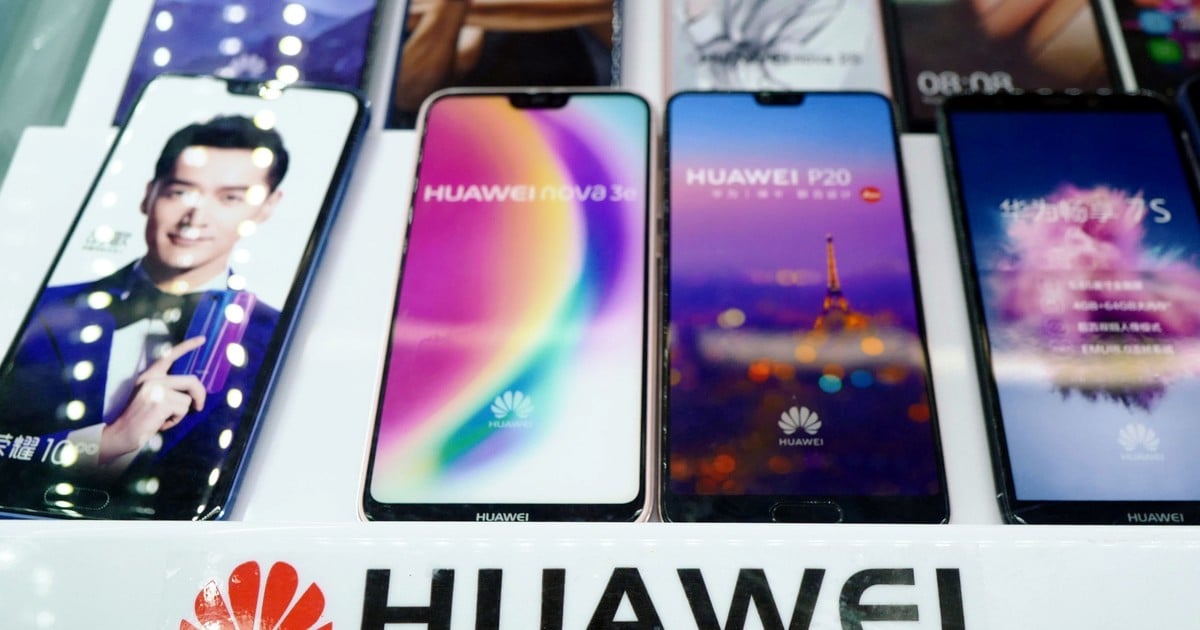 Huawei was born almost out of nowhere. It was 1987 and Ren Zhengfeien, with just US $ 5,600 he founded in the fishing town of Shenzhen a company that thirty years later It is one of the giants of world telephony.

Today, Huawei is a large network provider, but also one of the leading manufacturers of smartphones. Recently, it managed to bring down the American Apple of the second place in participation in the world market, behind only Samsung.

Parts of the global smartphone market by manufacturer. / AFP

The full name of Huawei is "Huawei Jishu Gōngsī". The word "huawei" in Chinese has romantic meanings: "splendid achievement" or "magnificent act".

At first I had a license as a telecommunications operator. Today it communicates to a third of the world population. The first thing Zhengfeien did was launch a cell phone model. From then on he did not stop. One cell phone after another, always with revolutionary technological innovations.

Huawei Mate 10 Pro was selected as the best cell phone of 2017 by Forbes magazine (AP).

In its beginnings it occupied the small rural areas and lost cities. But the Chinese government saw that the impetus of this company could be irresistible and supported the company in several areas. Its services were contracted for the construction and development of national infrastructures. The trampoline I needed to take.

She became known and began to close succulent contracts with companies such as IBM, Vodafone, Telefonica, T-Mobile, Orange and British Telecom (the latter abandoned it).

Today, Huawei is the third largest manufacturer of smartphones in the world, with three business groups: Carrier, Consumer and Enterprise, who estimate that this year they will add income of more than 100 billion dollars.

Huawei is the fourth global company and the only Chinese company in the top 50 that invests most in Research and Development (REUTERS).

Huawei is the fourth largest company in the world and the only Chinese company in the top 50 that invests most in Research and Development. This is the key to the brand: to study innovations permanently.

This led to a record in a country like China: It was the first company in that country to sell more than 100 million cell phones in a year.

But the essence of Huawei is how it is formed internally. Its CEO changes every six months, to show that the company bases its success on collective leadership. And this is clear in this your employees are the owners of the company. The founder, Ren Zhenfei, only has the 1.4% of the shares (with only this package already is the 150th richest person in the Republic of China) and the remaining 98.6% are distributed among 80,000 employees

The full name of Huawei is "Huáwei Jíshu Gōngsī". The word "huawei" in Chinese has romantic meanings: "splendid conquest" or "magnificent act" (REUTERS).

And the results are in sight: The Huawei Mate 10 Pro was selected as the best cell phone of 2017, by the magazine Forbes. With a heart that makes it different: the Kirin 970 processor, owned exclusively by the company, the first chip with artificial intelligence. That means? The cell phone learns what we do and adapts its operating mode, allowing more efficient battery consumption to recognize images.

According to TI an economistHuawei is the world's leading telecommunications company and for external consultants as Interbrand O Millward Brown Optimor is one of the most valuable brands in the world.

According to The Economist, Huawei is the most important telecommunications company in the world.

Huawei arrived in Argentina in 2003 with an initial investment of 20 million dollars and 200 jobs. From then on, its market share was growing.

And the Chinese company always looks forward. For them, 4G has passed and works with 5G connectivity. Always trying to stay one step ahead of others.