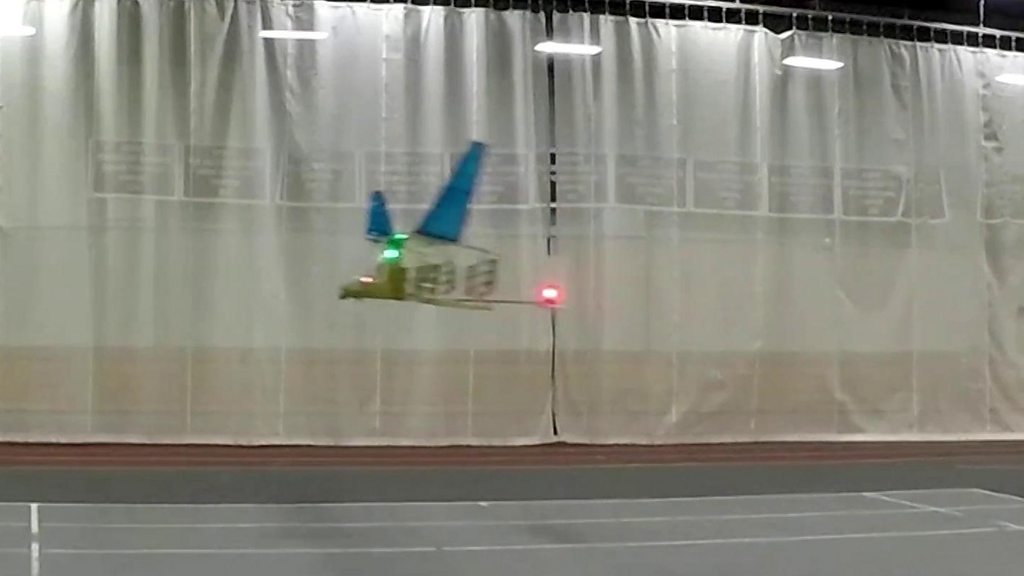 With electric fields and ionic wind, that is, without the use of engines or fossil fuels. This is how a team of researchers at the Massachusetts Institute of Technology (MIT) in Boston managed to keep a small aircraft built to scale in the air.

It was only 9 seconds, but the magazine Nature already provides for new forms of transport for passengers. "Anyone who sees the machine flying can glimpse a future with cleaner and quieter aircraft," the magazine said in reference to the prototype.

The dimensions of this model, which has a wingspan of 5 meters and weighs only 2.5 kg, are approximately one-tenth of the luggage allowed to a single passenger on a typical commercial flight.

Instead of propellers or turbines, it is driven by a "ionic wind": a powerful flow of ions that emit no sound and occur on board the plane. This method generates sufficient momentum to propel the airplane into a constant and constant flight.

"This is the first sustained flight of a non-moving aircraft with this propulsion system," says Steven Barrett, associate professor of aeronautics and astronautics at MIT.

"This has potentially opened new and unexplored possibilities for quieter, mechanically simpler, emission-free aircraft." For the scientist, environmental issues are the first advantage of the prototype.

Unlike turbine-powered aircraft, the aircraft does not rely on fossil fuels to fly, MIT explains in an article on its Web site. And unlike propeller-driven drones, the new design is completely silent.

The prospects of building something with wings that expand up to 15 or 20 meters are good, but for "do something with wings of 30 or 40 meters"Like large passenger planes, let's talk about a development and design that can take more than 10 years," explained the scientist to the BBC's "The Science Hour."

According to the NatureBarrett and his team hope that in the short term, this ionic wind propulsion system can be used to produce less noisy drones.

What they see is possible to develop a project that combines ion propulsion with more conventional combustion systems. This would create more fuel-efficient hybrid passenger aircraft.

But in what consists the wind of the ions?

Also known as electroaerodynamic impulse, it describes a wind, or impulse, that can occur when it passes current between a thin electrode and a coarse electrode.

If enough voltage is applied, the electrodes can produce energy to power a small plane.

Barrett said the inspiration for this aircraft was found in part in the famous film and television series "Star Trek," which he saw as a child.

He was especially attracted to futuristic space shuttles that moved effortlessly through the air, seemingly without moving parts and almost no noise or emissions.

"It made me think in the long run that airplanes should not have propellers and turbines," says Barrett. "They must be more like the buses in & # 39; Star Trek & # 39 ;, which have only a blue glow and glide silently."