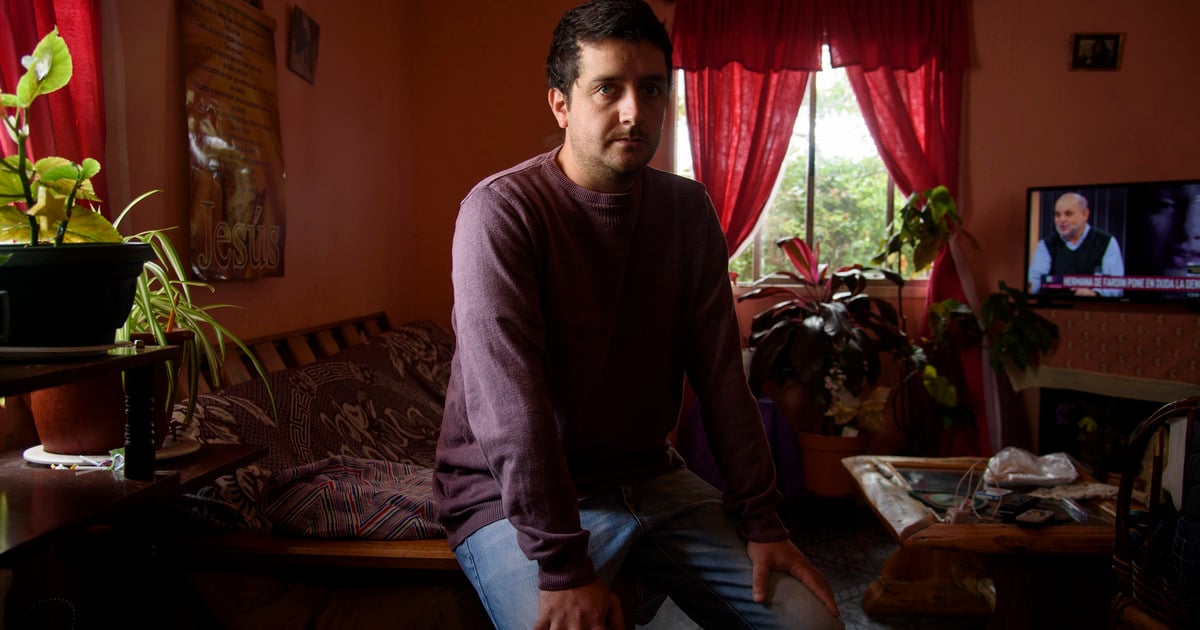 In front of a white house on Calle Amancay in Epuyén, just above a metal door that has not been open for years, there is a small plaque that says "Valley Family". The phrase was meaningless after hantavirus killed three of its members and sickened two others.

In a matter of weeks, Father Aldo Valle (61) and his daughters, Jessica (30) and Loreley (32), died. He also attacked the other son of Aldo, the women's brother, Sebastián Valle (27), who remained for 10 days in Esquel hospital, and grandmother Ninfa Avalos (90) who is recovering and with good prognosis at the local hospital. .

Today Sebastián, a nursing student, goes through mourning with inexplicable force. One blow after another in a fatal trait was separating him from the beings he most loved and was deeply attached to them.

On December 11, his father Aldo, a municipal official, died on December 23, his sister Loreley, an employee of Acción Social in the municipality, on January 9, his sister Jessica, caretaker of the 774 School. The day before had been the anniversary of the woman and passed in an intensive care room approaching the end. It also touched him and his almost centennial grandmother. "She is a woman of tremendous strength," the young man tells Clarín.

It all began, they suppose, when Aldo went to the 15th birthday of his granddaughter Lara Silvia Valle in Peumayén's room on November 3 and was contacted by Patient 0.

After burying Loreley, Sebastian arrived exhausted in his house and fell on the bed. The next morning, on December 24th, he discovered that he had a fever. For a few minutes he thought it was an illusion, the psychological consequence of enduring a chain of misfortunes. He checked the thermometer just to see if anything was wrong. He had 38 temperature so that the next case in the family was him.

"Fever takes away the urge to do things, you feel like throwing yourself in bed and sleeping, nothing more.And I went up and down with the medication, but it continued to get worse.Then it was hard for me to pass the exams like when they inspire, every time my back hurt more and I could not fill my lungs, "he explains.

The doctors released him and he has no sequelae of infection. "People here have a special character that keeps them going after all. You have to try to be well to the other families that are suffering," he reflects.

As he speaks, he sometimes looks down the street and the green, tight horizon stretching from his patio. Betray wordlessly that you are looking for something you can not find. About 24 hours after leaving, her sister Jessica began to have a sore throat. With her father and her other sister dead and her brother recently recovered, the woman went to the hospital in Epuyén, where she was diagnosed with angina. The routine exams were normal and the blood tests did not detect the anomalies presented by the infected ones and that they are a first warning sign that the Malbrán Institute must confirm.

Survivor of the Epuyén tragedy.

Sebastian shared the house on Calle Amancay with his father Aldo, his mother and his sister Jessica. His relationship with Loreley was daily even though he lived on another property. "We were very close, we loved each other a lot," Sebastian says, his voice a whisper. "I do not blame anyone, it's like we're learning," he says.

The day he was discharged from the hospital, he went to the health center's experts to find out how he was going from there. "I could have gone away and no one would have told me anything." I asked and they told me I was okay and that I could not be infected or infected anyone, but I'm not sure, I do not think they even know if it's like that. "

His house, like most houses in Epuyén, was built in a generous space. It is functional and without luxuries. In the interior there are numerous and numerous objects belonging to those who once inhabited. The routine was the background music of the Valle family. Get out of bed early, go to work and study. Chatting with biscuits with a companion in the middle. Then a kiss. A hug. See you later. Those very daily acts carried them to death without knowing when they changed the virus. "Now, when I get up in the morning they're gone," Sebastian says, and his gaze returns to the courtyard and into an unfathomable beyond.