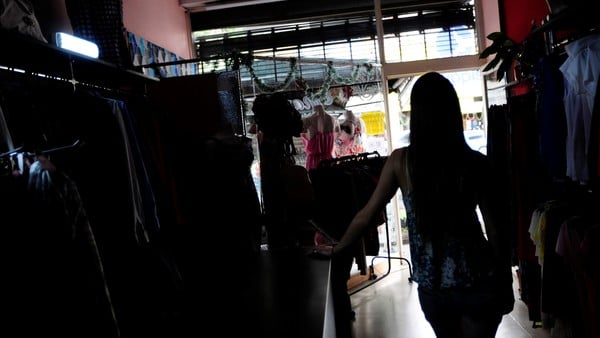 Another day of oppressive heat in the city: the thermal arrived on Tuesday at 45 degrees in the districts of Buenos Aires – with a peak of 46.4 in the Aeroparque – and the power outages began to multiply. After 9.30 pm, there were more than 96,000 users affected, with service interruptions that in many cases began on Monday.

According to data provided by ENRE, in the area corresponding to Edesur, 63,868 were left without supply Many users are programmed cuts, but most are caused by medium voltage faults and tens, at low voltage.

"Interruptions may be due to equipment failures or excess electricity demand which acts on the associated protections so that the equipment is not burned, "a spokesman for the electrical distributor told the newspaper.

"As these temperatures overwhelm the facility, we urge those who can use the service efficiently and rationally," they added. On Monday, the number of affected exceeded 200,000.

Within the cuts programmed by Edesur for maintenance and works, the neighborhoods with more blackouts are Nueva Pompeya, Mataderos and Almagro. Interruptions without warning in the medium voltage service, however, are more felt Recoleta, Monserrat, San Telmo, Villa Crespo and San Nicolás (Microcentro). It is estimated that, in most cases, the offer will be restored before 22.

In Edenor 33,005 users without electricity at 10 pm, especially in the neighborhoods of Núñez and Villa Ortúzar. From that distributor indicated that it was "a normal figure, expected in a day with more than 44 degrees of temperature". On Monday, 188,922 customers of this company were left without service.