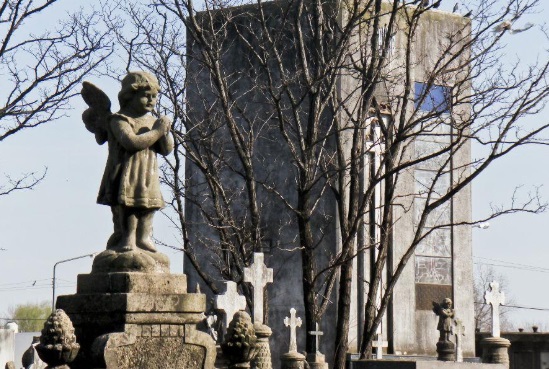 The event happened in a municipal cemetery in Rosario. Standing in front of the niche, the woman saw that there was a hole.

A woman He went to the graveyard with a bouquet of flowers to visit his late father. However, she was shocked when she stood in front of the niche: there was a hole and the drawer was missing.

The episode happened in the La Piedad de Rosario Cemetery. Roseta Roxana accompanied by his mother and two nieces to celebrate the anniversary of Angel, his father, who died at age 67 in 2013.

Upon arriving at the site, the family discovered that the coffin was not in place. RoxanaBetween furious and anguished, he asked to speak with some authority in the cemetery. "What you're telling us can not be possible", the manager of the administration replied.

A gravedigger corroborated that the marble plate and drawer were missing. "I'm going to make a complaint because they did not give me an answer, they can not tell me when it happened, we're up to date with all payments,denounced the woman to Channel 3

Angelina, the widow, said that during the last visit, during the Father's Daythe drawer was in place. "We came with joy to leave the flowers and found the niche empty.We do not understand anything, it is impossible", he said.

Authorities have admitted stealing plates and other valuables. Although they have clarified that it is the first time that they take a box. "Where is my father, where is the body? That's all I want to know" He asked Roxana With tears in her eyes.

Their son died, they went to leave flowers for the graveyard, but the body was stolen