He turned a bus that went to Mar del Plata: there are more than 15 injured 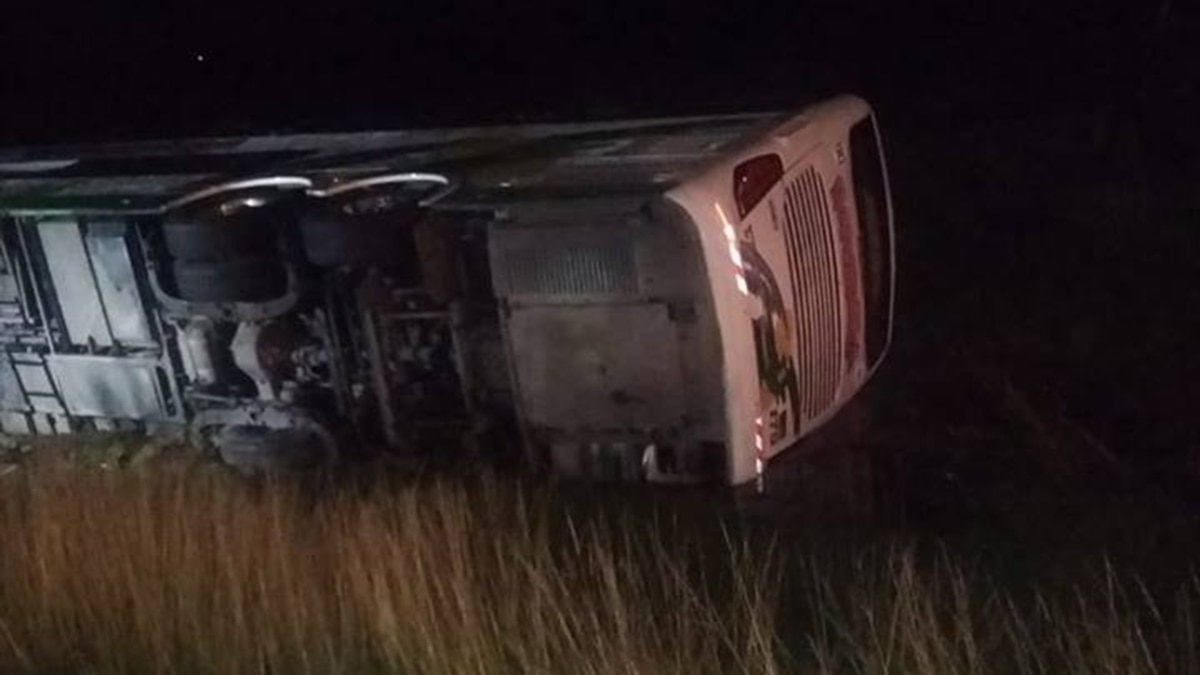 A bus from the Atlantic Route company turned this Wednesday morning at kilometer 184 off Highway 2, near the town of Castelli, toward the coast, and as a result of the accident, at least 15 passengers were injured.

According to the first information from the witness, for unknown reasons, the omnibus lost control leaving the road to finally overthrow. The accident was recorded near 03:45 in the morning and the route was cut preventively.

According to the first official report, firefighters, road police, Civil Defense and AUBASA were present at the scene of the incident.

"They call us a rollover from a micro at km 184 on Highway 2. We went there, there was a rollover with 50 passengers. He had separated from Pilar to all parts of the Coast: San Bernardo, Pinamar, etc.", said Martin Meschini, head of the voluntary firefighters of Castelli.

The person in charge of the operation added that 15 passengers were injured and were taken to the Castelli Hospital. "The driver was fired. He was transferred to the UPA Lezama (Attention Unit Prompt) with more serious injuries", added Meschini.

According to the fire chief, "the injured have cuts on the scalp and leave, but no consideration"

Shock and rollover on route 8

This morning a micro and a truck collided on Route 8, between the cities of Arrecifes and Pergamino, in the north of the Province of Buenos Aires.

The bus company "Sierras Cordobesas" crashed into a truck and turned at km 189, near the town of Viña. Three seriously injured in collision.

The passengers with injuries, which add up to 30, were referred to the Santa Francisca Romana Municipal Hospital.