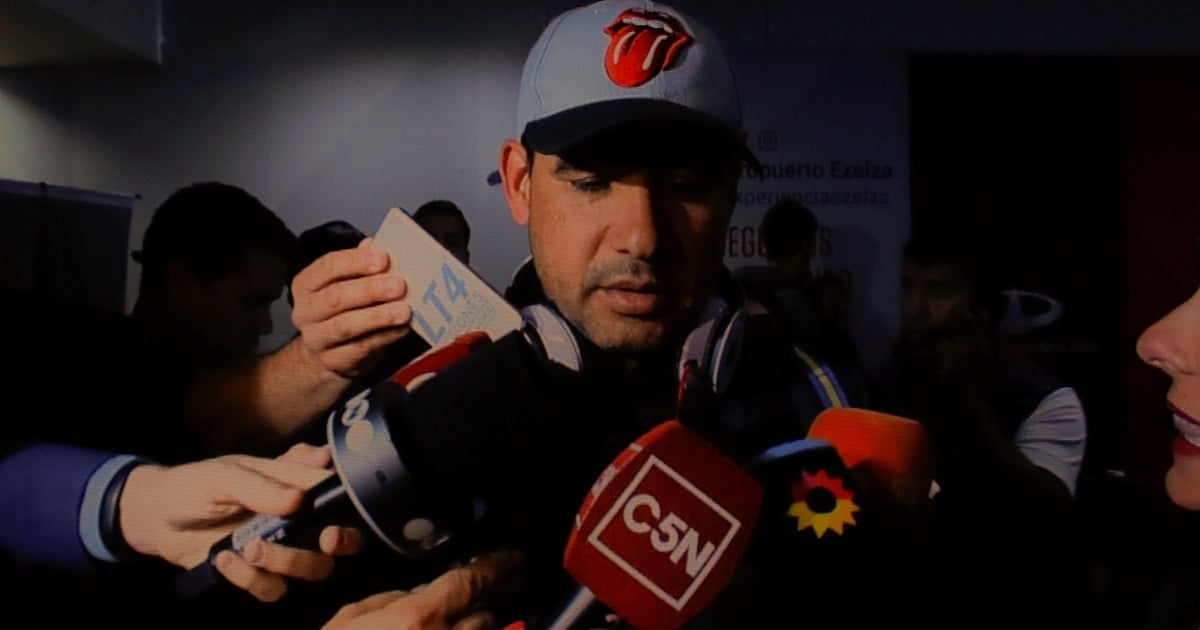 Maximiliano Mazzaro, the former number two in the Boca bar, returned to the country on Friday after being deported from Spain, denied traveling to see the Supercup of the Copa Libertadores and pointed to Daniel Angelici.

"I did not go to court, I have not been for five years. I was going to spend Christmas in Barcelona with my family, "said Mazzaro, who was delayed for 20 hours by the Spanish police at Barajas airport.

The reference of the 12 refused to be fought with Rafael Di Zeo and issued an enigmatic phrase about the president of the Bank club: "Angelici has me son for a while."

Mazzaro was deported because of his police record in Argentina. "The Spanish police considered that the barrabrava Maximiliano Mazzaro is dangerous for safety and he was cast out; Every bar that travels with a history of homicide will be deported by Spain, "said Guillermo Madero, director of security in football programs, in a dialogue with La Red radio.

"I have my family in Spain, verdugueada (sic), now I will see how I can see my son," he added to the media.

In 2013, after six months on the run, Mazzaro was indicted and accused of being a suspected participant in the murder of Ernesto Cirino, in the district of Liniers, on August 29, 2011.

He was arrested for a year and a half until in 2014 he was acquitted along with Mauro Martín, one of the two current bosses of Boca Brava de Boca.

Mazzaro, in the middle, next to Mauro Martín.

Safety is a priority in the pre-meeting. For this reason, the Police will be especially attentive to the presence of courageous bars. According to data from the government delegation in Madrid, about 300 of each team will arrive in Spain.

The police device planned for the game, to be held at the Santiago Bernabéu, includes the division of a section of the Paseo de la Castellana on the south-north axis of the city, in two zones to separate fans from both teams and avoid incidents.

This was explained today by the Spanish Government delegate in the Madrid region, José Manuel Rodríguez Uribes, during the press conference in which he explained the details of the security device used for a high-risk final, which will have almost 4,000 people.