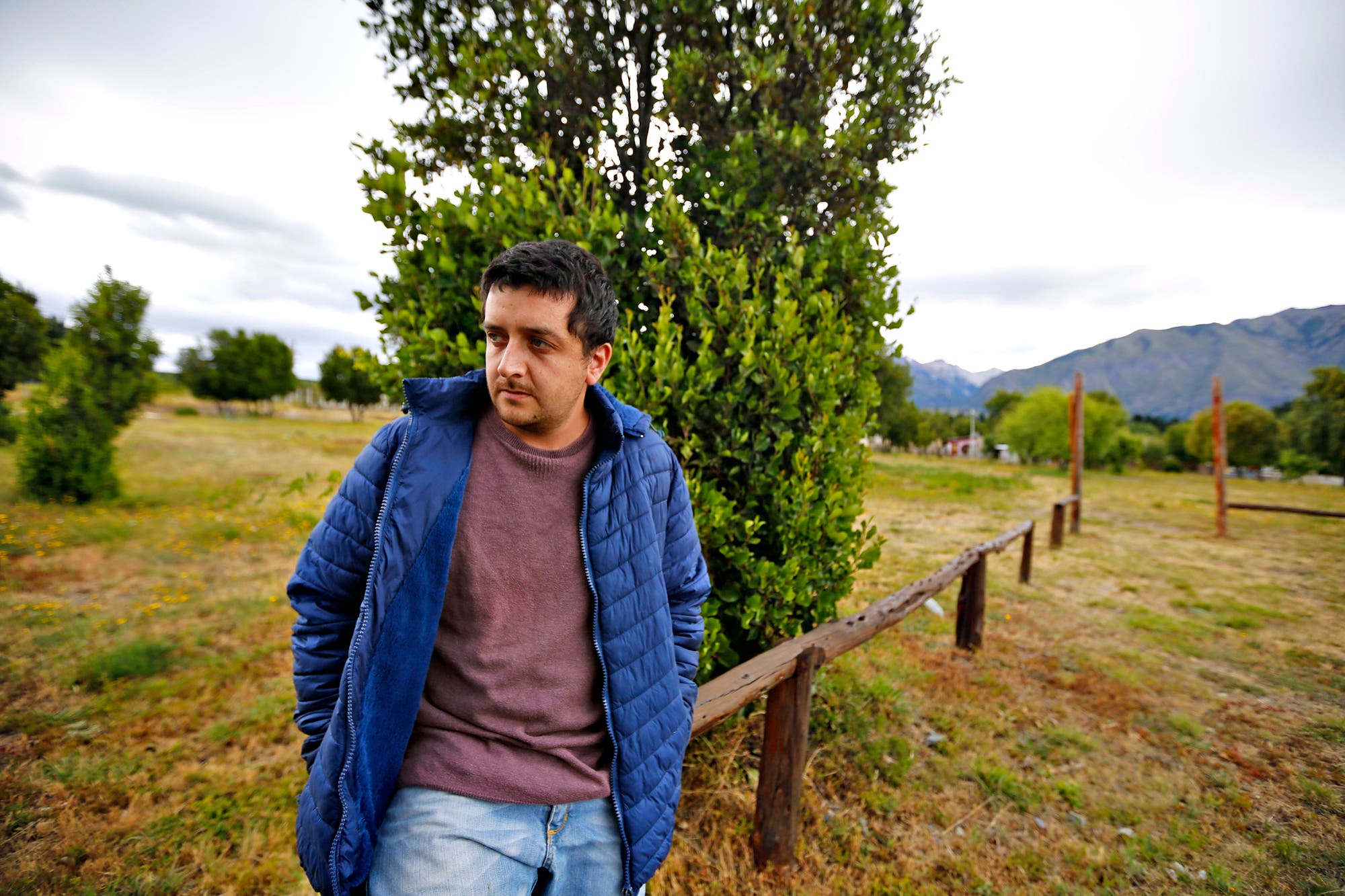 Sebastián Valle is 27 years old and has glazed blue eyes. He has four finishes to accomplish before officially becoming a nurse. His hands are always tucked into his blue Uniqlo style jacket. It has a modest residence in the neighborhood 15 houses in Epuyén, a town of 4000 inhabitants in the northwest of Chubut.

Sebastian is discharged but still feels weak legs. He has his mother isolated at home and an isolated sister at Lake Puelo, 40 miles away. He also had a father and two other sisters. Now he has none.

In Epuyén there are 26 people with a positive diagnosis of hantavirus. There are 85 residents with mandatory isolation because they had an "epidemiological link" with patients affected by this disease since the outbreak began in December. There are nine fatalities and three of them are called Valle.

In a deserted square three blocks from where he lives, Sebastian begins to piece together this story, which had a tragic turn on November 24, when Aldo (61), his father, attended a party of 15 in which one of the guests who , unknowingly, loaded the virus, infected 16 people. "For several days nothing happened, he had a period of incubation," he recalls, "one day my old man calls me and tells me that he was hospitalized, that he did not know what was happening to him, that he had lessened the pressure. they started until they knew what it was. "

At the end of November, his father told him that he felt moved and queasy and that it was difficult for him to get up. He took her with his mother to the hospital in Epuyén, where he was hospitalized. Sebastian asked if he wanted to join him that night and he said yes. That night, none of them slept.

"As their situation did not change, they told us that they would refer him to the Zonal Hospital in Esquel, and I went out with what he had and with the mate team," he says. No one yet knew he had, so Sebastian's mother and sisters came to accompany them, but there was no miracle. Aldo died on December 11 of "multiple organ failure" after two weeks of convalescence. Hours later, doctors confirmed that death had been triggered by hantavirus.

Beaten, the family returned to Epuyén to begin a duel which, although they did not know, was far from over. Just one week after Aldo's death, Sebastian received the call from Loreley (32), one of his sisters. "She told me not to be afraid, but I had a fever, I asked her to put on a mask and we went to the hospital, she was hospitalized here one day, her fever increased a lot, so we went to Esquel. for four days and died on December 23, "he says in a choked voice.

After the funeral on Christmas Eve and anesthetized by the pain of the tragedy that devastated his family, Sebastian went home to try to rest, although a fit of chills prevented him from falling asleep. He felt warm and decided to measure his temperature. Mercury did not stop until it reached the 38 ° mark. The doctors did not hesitate and sent him by ambulance to Esquel. "I was hospitalized for ten days, very weak, tired all the time," he says, "for the whole quilombo that had been set up in Epuyén and for my safety we stayed with my old sister and my sister Jessica a few more days in an apartment there"

Sebastian could not enjoy his recovery. A day later, Jessica contracted a very high fever and was also hospitalized. There was no miraculous recovery: he died on January 9, the day after his birthday.

"I'm trying to stay strong for my mother and my nephews," he says, referring to Jessica's two children, ages 12 and 13. "I have nothing to say to the doctors and nurses, they are doing what they can. Besides, the other day he asked me if I needed anything, but I do not understand anything, what I want is a new life."