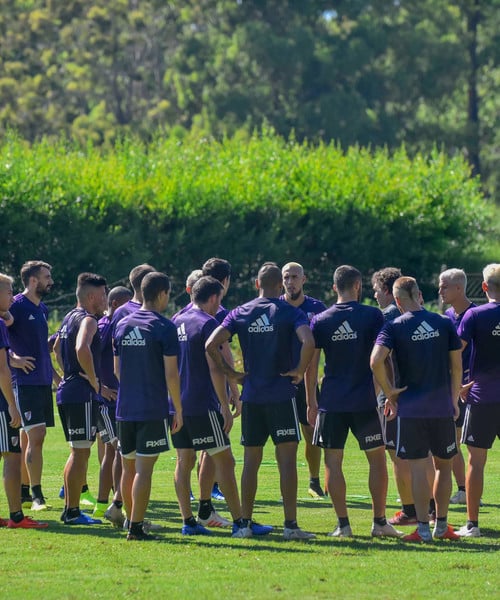 With a preseason that by itself is limited, after the short rest (13 days) and with a work planned to measure, in the River they know that there is not much time to lose. But some factors have altered the permanence of the team in Punta del Este. And especially for Gallardo, disgusted with the state of the court playing field at Solanas. There has still been no contact with the ball in these three days on the spot and, to top it all, the forecast does not help: rain is expected from Thursday and throughout the weekend. Then, knowing that the preparation there ends on 17/1 and that the 15/1 will be the friendly against the National, a drastic decision was made: On Friday, they will return to Buenos Aires, as long as they find a letter to travel, Olé was able to find out.

As it was said days ago, the canchaita that owns the Solanas complex is not ideal for an 11 to 11: with many places unequal and without the measure of regulation (90 x 45), it is only used for physical laburos. And the other two blocks located on the outskirts, on another property of the Punta del Este Football Club in El Jagüel, are regular.

See also: "They repeat the game and I get hung up watching"

One option that was considered was to use Campus Maldonado, precisely where the game will be played next Tuesday against the Uruguayan National, although this has been discarded. The reason? Last week, Rugby Seven matches were played and the grass suffered the consequences. In fact, if it rains as they say, we'll have to see how the friendly date will come …

Then, Millo returns to Buenos Aires much earlier than expected.

See also: They put the party in Mayada