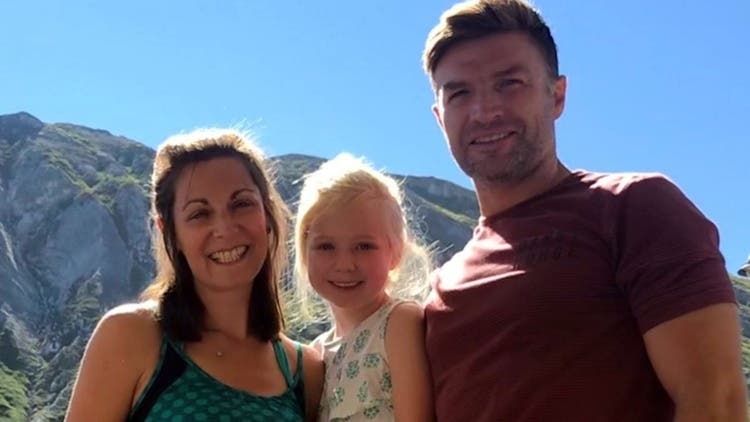 Sarah Williamson, her daughter Annecy and her husband Richard. A hug from him saved his life.


The pain was permanent, but not unbearable. I went through that. It was her back that caused her constant discomfort for 365 days. Sarah Williamson, 41, did not know what it was and attributed it to bad moves, to her life as a mother … to her own life and the passage of time. "Chronology," you will have thought or the intense race you have practiced.

Sarah lived in Darlington, County Durham, UK, with her husband Richard (39) and daughter Annecy, who knew of her discomfort.

Two years ago, on her birthday, her beloved husband Richard approached her to congratulate her. Aside from the sweet words that came out of his mouth, he also took advantage of her structure to embrace her. To surround her with his arms. Like a bear. Very strong. So strong that it broke a rib.

They went to the hospital to do some studies because of the intense pain that – now, moreover – felt in the chest. The results were not as expected: instead, they were devastating. Not because of the broken rib, but doctors discovered in the pictures that Sarah had something more serious. He was diagnosed with bone marrow cancer, myeloma.

I would never have guessed if they had not come to the medical center because of the accident caused by the hug. And the cancer would have advanced even more.

The woman underwent a new therapy by Dr. Graham Jackson of The Freeman Hospital in Newcastle. It is part of a new study that groups together about 4,000 patients in the UK, all diagnosed with myeloma.

The treatment conducted by Jackson consists of receiving lenalidomide – after chemotherapy – and a stem cell transplant. So far, Sarah has experienced a major remission in her cancer.

"When they asked me if I wanted to participate in the clinical study, I did not hesitate to say yes and I was delighted to have been randomly selected to receive lenalidomide because I responded very well to the medication." For patients, getting an extra remission of two years is fantastic and is what every person with this condition expects, since it means that it can make your life as normal as possible, "said the woman who works in the area of ​​communication.

Sarah also said that during the time the treatment lasted, "it had almost no side effects" and that all her pain "disappeared". Today he has no signs of having bone marrow cancer.