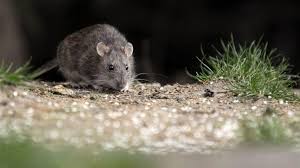 The Ministry of Health of Jujuy has confirmed the existence of a third case of hantavirus in the province, stating that all patients have contracted a "typical picture" of the disease and that "have evolved favorably thanks to the timely attention of the health system." .

"At this moment we have three cases, the third was confirmed on Thursday of last week in the case of a patient of the General Liberator San Martín who works in the field", indicated the undersecretary of Promotion and Prevention of the province, Veronica Serra, according to the official text.

Meanwhile, he explained: "The patients were affected by the rodent virus known as & # 39; black pond & # 39 ;, which is found more at home, resulting less aggressive than the & quot; Oran & quot; virus which is more severe and is transmitted by a jungle rat ".

In order to bring tranquility to the population, the official recalled that this disease usually appears in the summer time, and that "Jujuy has had cases of hantavirus since 1996 with an average of 15 cases per year", informed Télam.

In relation to 2018, the official explained that there was "Seven positive cases, but none were fatal."