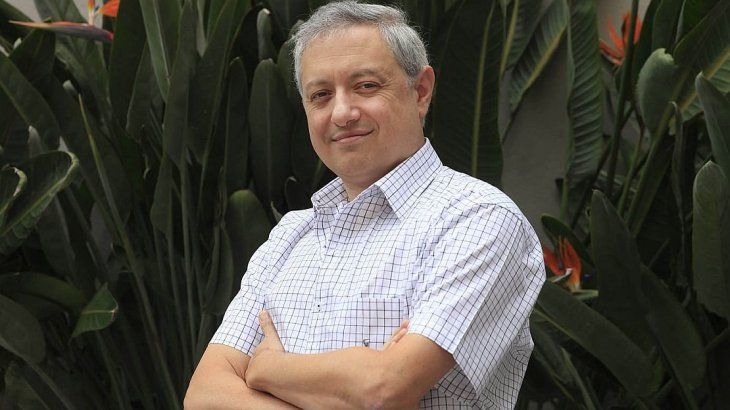 For 10 years, the World Sano Foundation, together with the National Institute of Human Viral Diseases "Dr. Julio I. Maiztegui", In Parchment and in the Department of Rodent Ecology at the National University of Río Cuarto They conducted a study in the municipality of Cholila, Chubut, to study the dynamics of these rodents, carriers of the Andes virus, a causative agent of hantavirus pulmonary syndrome in humans.

At that time, for a decade, mouse samples were removed in different environments, in spring, summer, fall and winter. About 7,200 traps were placed per season year in this city, with the idea of ​​knowing the biology and ecology of this rodent, the prevalence of infection, as well as the times and locations where the highest population values ​​were achieved. Specifically, to know the spatial and temporal dynamics of these animals to make models, risk maps and generate knowledge that will enable to work in the prevention of this problem.

Privacy Policy he got in touch Marcelo Abril, a biologist and executive director of the Mundo Sano Foundation, who commented on the conclusions and experiences of these 10 years of work.

Journalist: What could be known about the long-haired rat after 10 years of study?

Marcelo Abril: The study allowed us to know the population dynamics of long – tailed mice and their widespread presence throughout Cholila. We set traps in the four valleys or geographical areas in which the locality of Chubut is divided and, in turn, within these four valleys, in four types of environments: pasture, bush, forest and peri-urban. Mice were present in all of them, with abundance variability. But to determine the risk to people, the peri-urban presence of this rodent was very important. Therefore, recommendations for keeping grass short in backyards and gardens of homes are critical, as well as the tightness of housing in endemic areas, for example, with ever-covered grates. In addition, with the variability, it can be confirmed that these mice were reservoirs of the Andes virus, because some specimens were collected and a blood sample was collected.

Journalist: How did the villagers help them? Did you study them?

M.A.: Yes, a lot. On the one hand, the study also included collecting resident blood samples, doing a "serological survey of the local population" and seeing how many people had been exposed to the virus. And it was even discovered that some of them had been exposed and yet had no memory or records of having suffered a pulmonary syndrome because of this. Specifically, of the 2,500 inhabitants, samples were taken from more than 500 people and six of them were in the situation mentioned above. Thus, we could talk about more and less aggressive strains of the virus in relation to people's health and even some asymptomatic images. This not only opens the way for further research, but reinforces the idea that if you are in an endemic area, such as the Andean Patagonia forest, prevention and personal care measures should be permanent and not wait to sprout. of the scientific issue, the dialogue with the inhabitants of Cholila was very interesting. Some elderly people were convinced that the virus came from outside, because in their memory they remembered when they slept in open tents, the mice passed and in their words "nothing happened". Obviously, if someone died in 1960, death went through pneumonia because it was not diagnosed at the time.

Q: What data did you get from the mouse over you and what methodologies did you use to do this?

M.A.: Of the mice that were captured, some were sacrificed and others were released after taking a sample. We recorded the animal's sex, size, age, whether it was juvenile or adult, if it was a pregnant woman. An analysis was made to see in what state the population of vitality was. And they took the data if they were carrying the Andes virus. Specifically, they found a greater number of carriers in males and from this data speculation can be speculated that they transmit it to each other due to territorial behavior when fighting and nibbling. In turn, a line of work was done in which the fecal contents were taken to see what they ate, and we found that the long distance is flexible with a broad diet, so we can not give the recommendation not to plant certain species in a peri-urban area.

Q: What were the main motivations that led you to face this study long ago?

M.A.: We work with transmissible diseases, especially autonomous, in Fundação Mundo Sano. The particular case of hanta was interesting and was a joint work with two other institutions. One of them was the National Institute of Human Viral Diseases "Dr. Julio I. Maiztegui" who was interested in learning more about the dynamics of virus transmission in an endemic region. The other was the Department of Rodent Ecology at the National University of Río Cuarto. Then the National Aerospace Studies Commission was added. So we had good partners in something about which little was known. It was a great opportunity.

P .: On those days, the president of the Association of Friends of National Parks (AAPN), Norberto Ovando, suggested that hunting foxes and pumas contributed to the proliferation of the long-tailed rat, which is usually the prey of both species . What do you have to say about this statement?

M.A.: To determine if this happens, a study should be done like what we did with long distance but from each of these species. In terms of population ecology, a population abundance curve, a sinusoidal curve, is made. Without human intervention, these vary from year to year. Normally, the phenomena of these curves are incomparable in the time between the prey and the predator. When there is an abundance of prey, the population of predators begins to grow. Then, when the food resource begins to run out, the population of predators decreases and the population of prey increases again. Now, if in addition there is predator hunting, what they postulated could happen. By common sense, if man's hand has a major impact on the predator population, logically benefits the prey population.

Q: At what seasons of the year is there a larger and smaller population of rats?

M.A.: At the end of winter there are the lowest levels. Beginning in early spring, multiple instances of playback begin. At first, the first litter of new mice of the year is born, and the next summer, the first litter reproduces again. Therefore, in the fall there is maximum abundance due to the accumulation of rats born in spring and summer.

Q: A final reflection on the study?

M.A.: We have to understand that the rodent is not our enemy, but that we are entering its territory. Therefore, in certain regions, prevention habits must be permanent. And health teams should be alert for diagnostic suspicion.