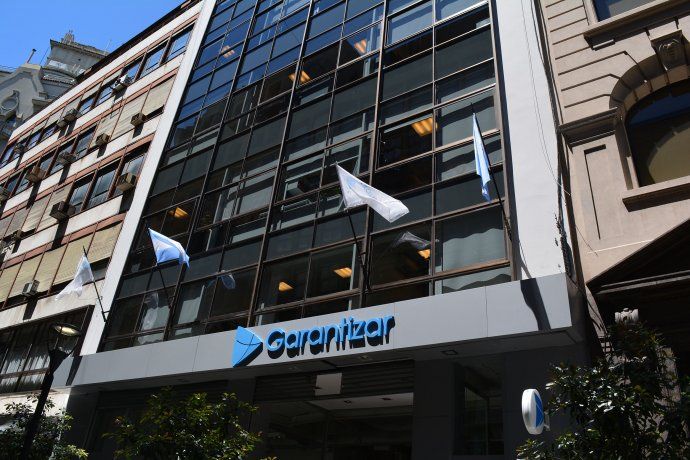 "The growth we had this year is obviously explained by inflation, looking at the number nominally, but mainly because Garantizar is giving SMEs what they need because in difficult times it is harder for them to go alone to a bank."analyzed Carlos Pirovanodirector of Garantizar.

"Today, more than ever, Garantizar is fulfilling its strategic mission, which is to be a financing tool for SMEs that helps companies when they need it the most. Our commercial platform is focused on offering the best financial solutions for the needs of SMEs, taking advantage of the best rates offered by the stock market in this "He explained Darío Wasserman, president of Garantizar, during a tribute to the press of which Carlos Pirovano also participated, Sabina Ozomek, general manager, Simon Carman, commercial manager and Diego Rajtman, marketing manager.

Although the recession is at least projected until March 2019, Garantizar projects nominal growth of 33% to reach a total of $ 24 billion in secured loans.

This year, in the middle of the economic brake, one of the data to be monitored is the standard of those who access a loan guaranteed by Garantizar. In this sense, Ozomek, SGR general manager, explained that "Before the crisis, the default of the SMEs that we guaranteed was 2.5% and now 2.9%."

In this regard, Pirovano emphasized that "Being close to SMEs means that defaults are low because we are always aware of the difficulties they may have. We prefer to be alerted in advance to be able to refinance and keep up with business cycles. to pay, the possibility of refinancing is always present ".

Today, more than ever, Garantizar is fulfilling its strategic mission, which is to be a tool for financing SMEs that helps companies when they need it most "(Darío Wasserman)

As part of the strategy of personalized service and proximity, this year Garantizar opened 6 new agencies to reach a total of 31 service points in 14 provinces of the country. In addition, the sales executives reached 120. Also as part of the commercial policy, this year SGR launched Ensure digital, the first 100% digital channel to help entrepreneurs with loans up to $ 100,000, monetized by Wilobank.

As is tradition in Ensuring the companies served are from all economic, productive and service sectors. The peculiarity is that 70% of the guaranteed SMEs belong to the universe of micro and small companies, where the focus of the SGR is placed.

Leader in ON SMEs

Within the milestones achieved this year, Garantizar was also the protagonist in the guarantees given for the placement of SME Negotiable Obligations. Of the 63 issues of NOs placed since the beginning of the product, in August 2017, Garantizar participated in 30 (48%).

If the last six months are considered, Garantizar achieved 56% of the bond market for ON, both in the number of issues and also. In September and October, it covered 100% of the market, which clearly shows an increase in Garantizar's participation in these instruments.

The NO in pesos that reached the highest value was US $ 35 million (it was processed in February 2018) and went to an industry in the province of Corrientes (Puerto Las Palmas SA). They are followed by Tresnal Agropecaria S.A., the province of Buenos Aires (US $ 25 million) and Cilbraker SRL, CABA,