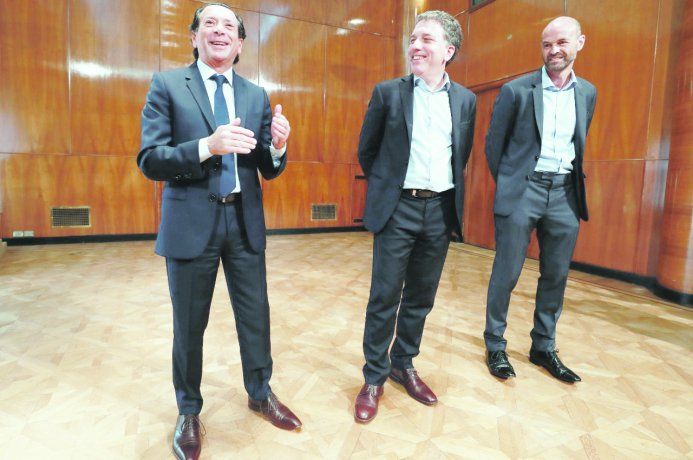 If the price increase were moved as planned by Finance Minister Nicolas Dujovne and the unions adjusted their joint negotiations to this ideal standard, wages would not lose their purchasing power in 2019. Even so, in this scenario hypothetical, if we look at the four years of change management, the salary will have lost between 10 and 15 points, according to private estimates.

Production and Labor Minister Dante Sica anticipated how he expects the first quarter of next year in labor matters, in an end-of-year gift with journalists along with Dujovne and Transport Minister Guillermo Dietrich. "There are already unions that have begun to negotiate a 23% standard in 2019," the official said. They are no more than four negotiations, still very few if we take into account that the chambers that make up a single business entity, such as the Unión Industrial Argentina (UIA), need to attend about 800 salary discussions per year.

Sica said that "the ideal for the future is for all labor sectors to negotiate wages in the first half because this will improve expectations and discourage labor unrest." The so-called "peak season" of the peers goes from March to June. But that has an explanation. No union would agree to discuss wages during the holiday period between January and February.

The minister said that "there are no mass layoffs in the economy," and said that "only a few companies are alerting" to their portfolio some very specific layoffs. He also pointed out that in large companies "they are looking for a floor of demand, so they have decided to open suspension proceedings rather than massive layoffs until the economy recovers." He also considered that there was no increase in Preventive Crisis orders by companies "beyond normal".

For the government, according to the official, the negotiation scheme for this year will be maintained. A number will be sought at least a couple of installments, and a date will be set to review the pace of inflation, to see if an adjustment has to be made.

What is clear is that if the government aims for a 23% inflation in the second half of 2019, the price increase should decelerate violently.

In another aspect, Sica predicted that in the coming days AFIP will have ready the digital system that will allow the operation of the MIPMEs of the Electronic Credit Notes and publish the schedule of the sectors for which it will begin to apply from next year. It would start through the value chain of the automotive sector. The official indicated that the supermarket sector is the one that most used the new instrument.