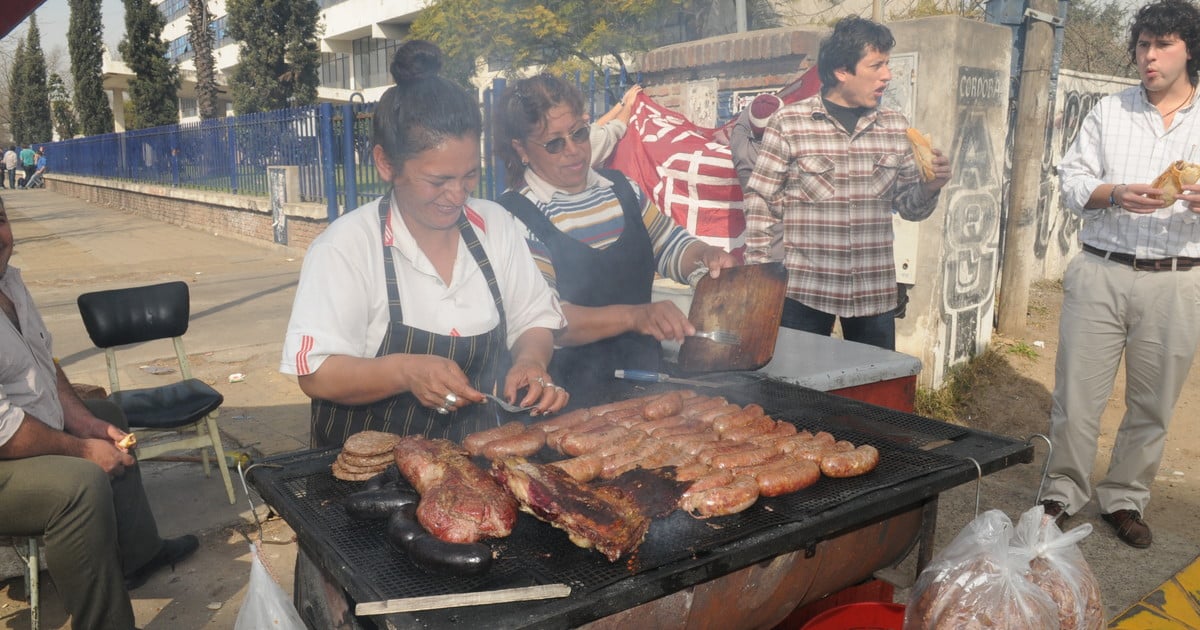 The government of Buenos Aires decided not granting new licenses to manufacture and sell food on the streets near the stadiums, on the days and times when the sporting events take place. That means there will be no more cool places to eat a choripán, a hamburger, a bondiola sandwich or any other classic offered by the grids at the time of installation.

In the neighborhood of the courts are usually located dozens of grills, mostly illegal and generally handled by firefighters. According to the Ministry of Environment and Public Space, in the city there were only nine authorized, but now none of them are allowed to operate.

Now, moreover, with a provision published in the Official Gazette of Buenos Aires, it was determined that will no longer grant new authorizations "for the preparation and sale of food products in the vicinity of the city's football stadiums on the days and times when sports events take place."

"In order to regularize the sporting and ensure safety, the registration and granting of permits for the location of food stalls (grills) during "sporting events" were suspended, upon order, confirmed at the Ministry.

There were only nine legal posts, but their permissions were revoked or they were not renewed.

The Public Space responds to a request from the Subsecretary of Citizen Security of the Ministry of Justice of Buenos Aires, which requested reconsideration of existing authorizations. "This is in line with the implementation of general strategies regarding security conditions in the context of football events in the city," Justice explained.

Of the nine legal grids that worked, four requested the renewal of their permissions expired, but they were denied by the government of Buenos Aires. Meanwhile, three others were also allowed to expire, but did not request their renewal. To another with a valid permission, the Executive revoked it invoking reasons of "security". The head of the ninth grade has a precautionary measure in his favor and can continue to work. But in public space explain that you can not install your position within 1,000 meters of the stadium.