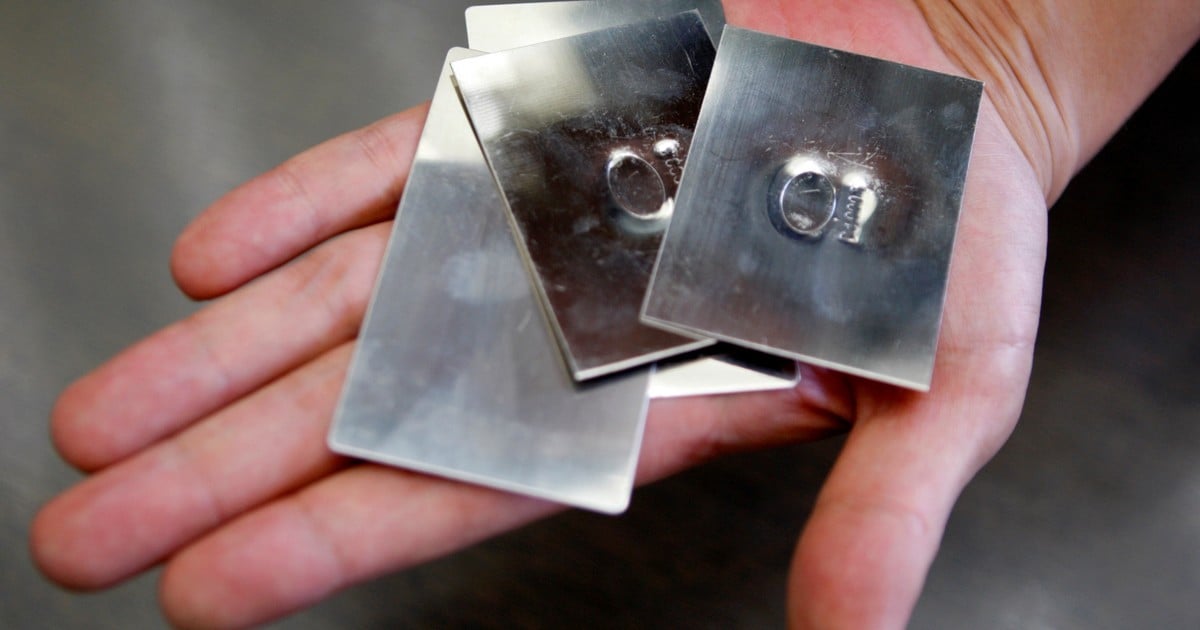 Although gold is rising in the last few days (it always happens when the dollar's price weakens in the world), there is a material that is fighting the podium of the most expensive mineral in the world.

It's palladium, whose demand boosted its price, which rose 50% in the last four months, and was at an astonishing distance from its most expensive cousin. Both are trading at about $ 1,200 an ounce and palladium has been above gold on some occasions this week.

What is palladium for? It is used in vehicle catalysts to reduce emissions. There is a growing demand for the metal, as consumers increasingly prefer gasoline instead of diesel, especially after scandals over fakes in the emissions controls of the car's diesel cars.

Palladium ingots ready to pack on a plant in Siberia, Russia. Photo: Reuters

Why does your price go up? Its value has reached a record because users of precious metal compete for a limited supply and, moreover, the purchases of speculators were added. The cost of one-month metal loans was more than triple the yield on 10-year Treasury bonds. Its value has accelerated this year because of political tensions between the United States and China, a major producer, and the stimulus measures introduced by China, a key consumer.

"It's a very limited market, there's not enough supply for the number of buyers right now," Daniel Ghali, a strategist at TD Securities in Toronto, told the agency. Bloomberg. "Being so tight, it takes very little to move that market"Due to the low volume of negotiations, he said.

"We have a market with tight fundamentals, flat supplies and growing demand, and there is undoubtedly interest from speculators who have helped raise prices to record levels," Jonathan Butler, an analyst with Mitsubishi, told the agency. Reuters.