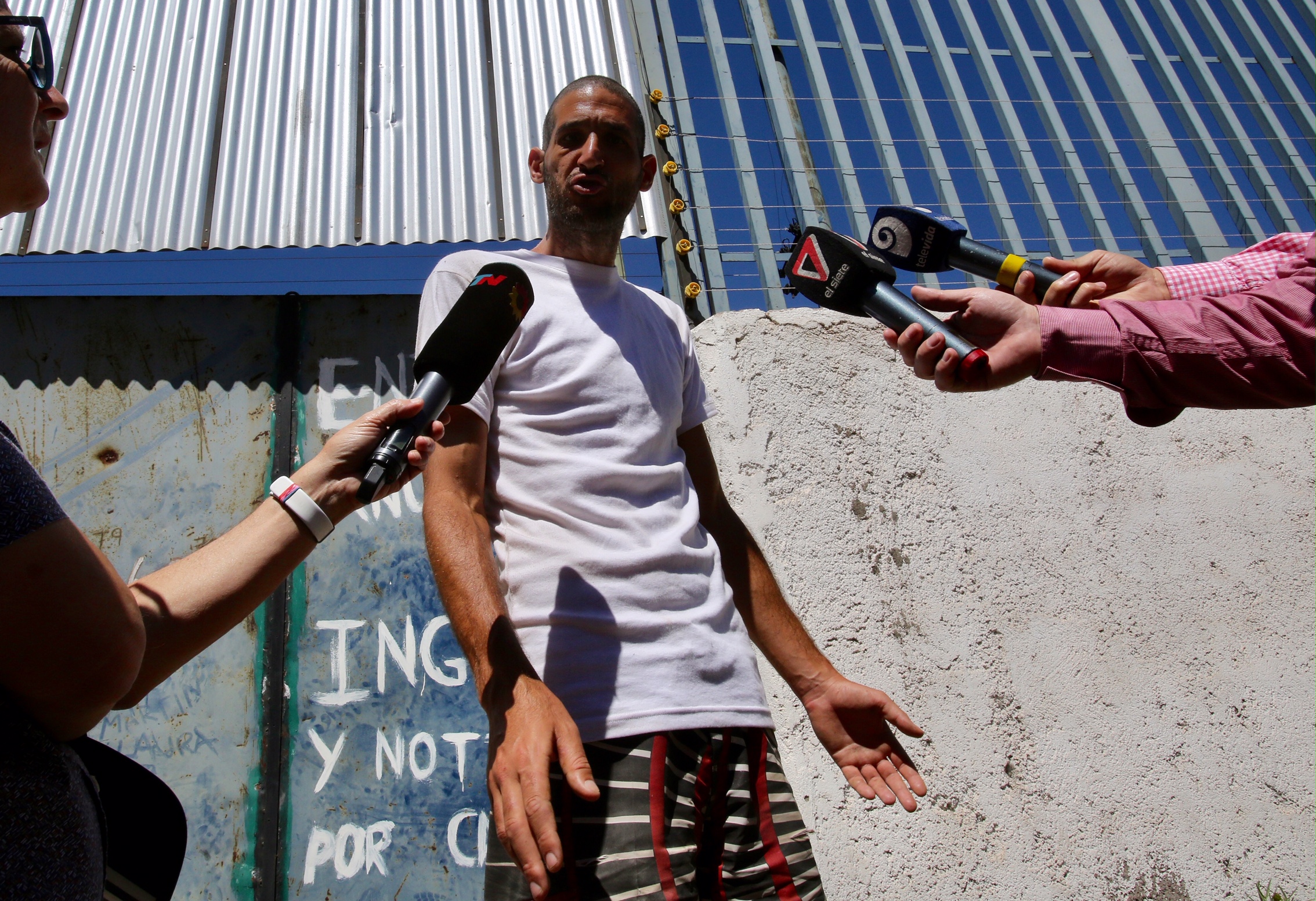 Nicolas Gil Pereg, Gilad Sarussi or Floda Reltih are the same person. In theory, these are his three identities hitherto known. The first, with the name that was placed in Argentina when it processed the citizenship. The second, which appeared in the Israeli passport with which he entered the country on December 15, 2007. The third, an anagram of Adolf Hitler with which he was called when he lived in San Martin and with which he had a simple sexual abuse complaint that has come to nothing.

In the eastern area, they knew him as a Viking. It was presented as Norwegian citizen and to ratify it showed a passport of that nationality. It was weird. It was always strange. His problems with hygiene are not new. And it was one of the reasons why it did not go unnoticed. The other is his height. The nearly two meters transcend on both sides. Big and shaggy. This combination made it more than recognizable to everyone.

He had a power signed by his mother to do all sorts of financial operations in Mendoza. He managed a few paddle courts in San Martin, learned the business, and tried – without luck – to build a mega sports complex in Guaymallén, in the land he bought on Roca Street, in front of the cemetery. The same thing that would become the scene of the crimes of his mother and his aunt.

There he had some disappointments. First, in the assembly of the complex structure. He was a scholar of the subject, he knew the secrets of enlightenment and the importance of having good materials. He invested a large sum of money. All in cash. But the plans were diluted by one small detail: we never obtained the municipal authorizations to open it.

Pereg chose to venture into another area. The sale of companies. He found there a more than profitable option. Therefore, his name and that of his mother are repeated more than twenty times in the Official Gazette of Mendoza. The business, at first glance, seems uncomfortable, though it ceases to exist if there is an accounting firm specializing in the subject.

The Israeli paid very well. So well, that the holders of these studies even lent their name to the constitution of the directory of those phantom signatures that never had concrete operations; at least not with Pereg as input.

The transaction is simple: formally putting together a company is not a simple procedure; It costs money and, above all, time. If the mechanism is oiled, the bureaucracy is reduced significantly. Establishing a company at the moment has a near cost in rates at 20 thousand pesos. Selling four months later can mean a profit of 400%. And there's the joke. It is a purely speculative maneuver. Someone needs one company to carry out their activities and another has this goodwill available. Supply and demand.

Pereg learned how to do it and turned it into a lucrative activity. Even so, his image never changed. They asked him to bathe, to improve his appearance and his clothes. It was normal to see him on the street in the middle of winter wearing a T-shirt and Bermuda. On occasion he approached the Israelite Charity Society for food. And in his house was an arsenal of pills of all colors.

He apparently had no financial problems. He bought arms, ammunition, set up companies, exchanged dollars and euros for gallery caves. The Criminal Intelligence Board had been alerted to this situation. It was clear that he had a certain pathology attached to his personal appearance; what he lived in conditions bordering on homelessness and that nobody understood – although it has not been investigated – how he obtained the Legitimate User Certificate of firearms. They never thought that he would become the author of one of the most macabre events of recent times; not only for murdering his mother and his aunt, but for the subsequent desecration of the corpses. Claiming money, debts, passes, personal conflicts … The reason for the double crime is this side, with a high share of sadism and perversity.

Argentinian, Israeli, Norwegian and something else. In the incursions in the address of the street Roca they hijacked several documents; among them, passports from several countries. What remains to be determined is whether they were original or forged.

This is one of the points by which Pereg aroused certain fancies of fiction. The other has to do more than anything with the preconceptions of ignorance. He is presented as a former military man or former member of the Israeli Forces. The reality indicates that he only did mandatory military service; something that also happened in Argentina until the decade of 90. Basically, the collimates. No more than that.

Nor is he a retransmission agent. Although they claim that they have an above-average IQ and a degree of electromechanical engineer who has not been accredited, Pereg did everything wrong by putting together a strategy to hide the deaths of her mother and her aunt.

He filed the initial complaint, ascertaining the whereabouts. To the researchers, of course. If from Israel the relatives of Pirhya and Lily warned of his absences, he would automatically become a suspect. In this way he only won a few days.

Then extreme embarrassment. Security cameras in the area showed that their version of events was a lie. The women never went where he had indicated. Her clothes had blood stains from one of the victims and some cement sacks in her house as well. His features were everywhere. Quite improvised for a perfect killer.