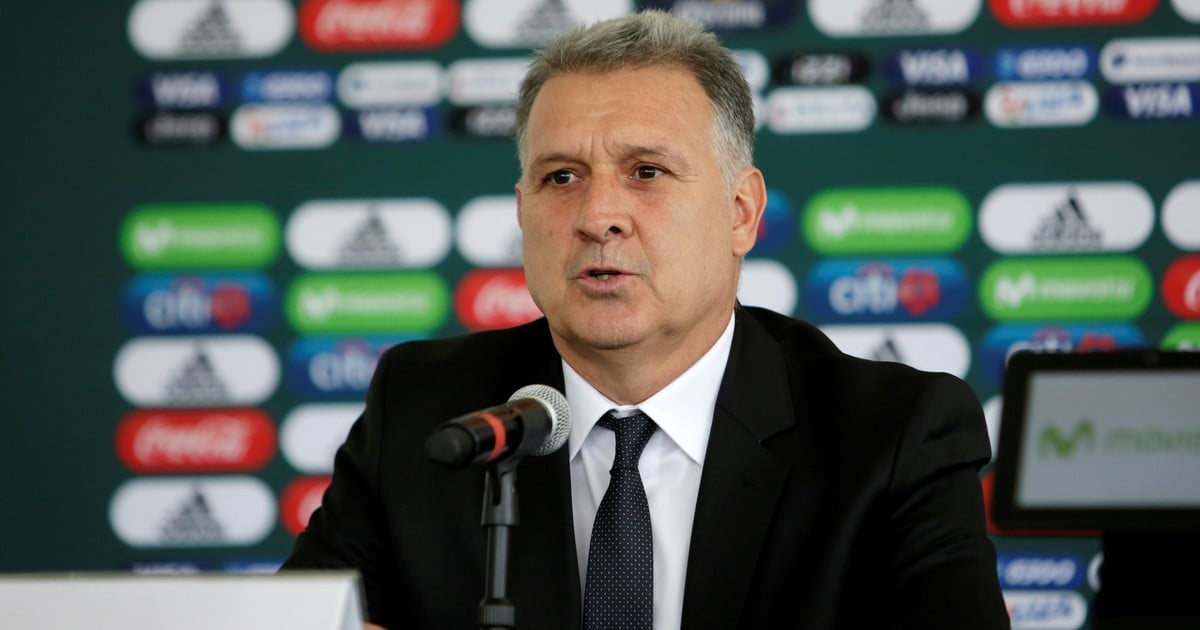 After his successful passage through American football, Gerardo Martino will redirect a selection. On Monday he was presented as the new coach of Mexico for the next World Cup, in which he hopes to "reach" the barrier of the fifth game.

The Tata will land in the Tri after consecrated champion in the MLS with Atlanta United. It will happen with the Colombian Juan Carlos Osorio, whose contract expired after participating in the World Cup in Russia.

Martino, 56, will be the third Argentine coach to move to Mexico and the first since Ricardo La Volpe was in charge between 2002-2006. The Mexicans were also led by César Luis Menotti between 1991 and 1992.

Like its predecessors, Martino arrives at the Mexican national team with the expectation of reaching at least the quarterfinals in a World Cup. This round proved impossible for El Tri in all the tournaments played outside his home. In fact, Mexico have seven consecutive world championships being eliminated in the knockout phase.

"There is a commitment of dedication, hard work and honesty, I am now involved with the goal of playing the fifth game of the World Cup, but first I want to see a game system and a clear idea," he told a news conference.

Then added: "That of Ricardo La Volpe, which eliminate with the goal of Maxi Rodríguez, and that of Juan Carlos Osorio are the selections of Mexico that I liked."

Martino is the helmsman with the highest profile in charge of the team since the Swedish Sven-Goran Eriksson was appointed before the World Cup in South Africa 2010.

At that World Cup, Martino reached the quarterfinals with Paraguay, selection with which also it was with the vice-championship of Copa America of Argentina 2011.

After that, he took over Newell's Old Boys, his first love, where he managed to crown himself before accepting an offer to run Barcelona. During a single season with the Catalan club, Martino could only win the title of Supercopa of Spain.

After his departure from Barsa, Tata headed Argentina by Lionel Messi in the Copa America in 2015 and 2016, where he finished second in Chile. He later resigned due to differences with AFA leaders.

One of Martino's first tasks will be to give definitive form to the generational change in the Mexican team, which began under the interim administration of Ricardo Ferretti in the last six months.

"The first thing that should matter to me is to build a good team, that the fans also understand, with the local players and those of Europe you can build a good team, I have always been worried about the generation of football," he added.

His debut with the selection will be in a pair of friendly matches on March 22 and 26 against Chile and Paraguay, respectively, in the United States. Meanwhile, the first major official commitment of Martino will be the CONCACAF Gold Cup, which will be played in the middle of the year.