Games, games and a lot of tenderness: Mirko accompanied Marley for the first time in "Minute to win" 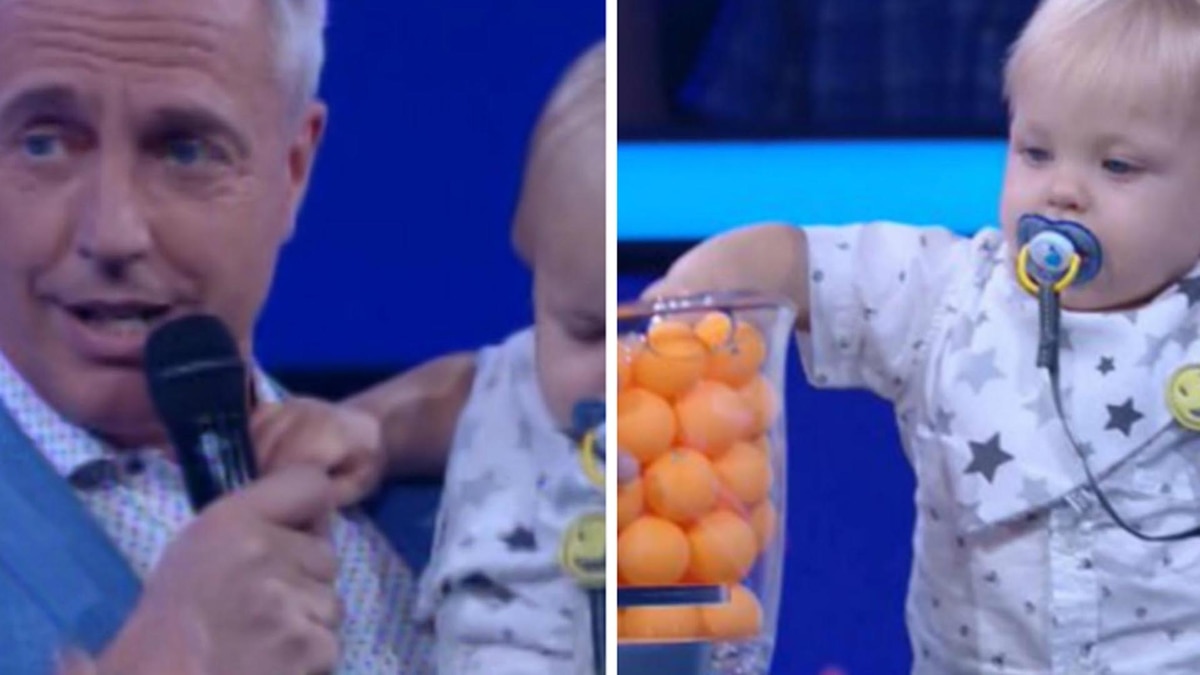 Since she came into her life, Mirko shares with Marley every step she takes in her life. Therefore, it was not surprising that the child was also part of the group for some time Minute to win, the cycle that his famous father drives through the Telefe screen.

Before the participant who was playing tried luck in the game for 100 thousand pesos, the driver appeared with the child in his arms.
"Mirko came to wish you luck too, as we are Mirko, okay, he has bumps and things because, well, he's starting to walk and the falls are abrupt," he said on the air.

"It's the first time he's like that on television. He just came to visit Susana Giménez, once, and is looking at the whole world. People just cheered and he also clapped behind the camera, "added the proud father.

"Look Valentino (in reference to the participant's son), here is Mirko. Mirko does not understand what so many people are doing here. Look at that nut, they're a hundred thousand pesos, "he said as he took one of the elements of the game.

Later, when the participant was ready to play for 500 thousand pesos, Marley reappeared with the child in his arms. "Even Mirko is impressed by what Walter is getting. He's there with his cookie.I just applauded you, did you? "He commented before another game began.

"It's all stained with cookies, but hey, came to see today where the father works and he just played a program as well as bizarre where Walter arrives with three lives at half a million pesos, "he added immediately, before the boy started to cry and Marley helped him take a few steps through the studio.

In addition, Mirko's moment in the show was when Marley let him play one of the games, in this case what the participant would do for 150 thousand pesos.

"Well, since this is for a lot of money Mirko will do," he said with a laugh. "Well, he's running with ping pong balls like crazy, "said the driver, before Mirko pulls with one hand. one of the baskets with balls that was ready for the game.

"And the show lasted until two in the morning, Mirko going through the set," he laughed when he could not stop. "How is it going to be difficult? Around the world this year, "he concluded with laughter after chasing him into the study until finally he again picked up "the upa".