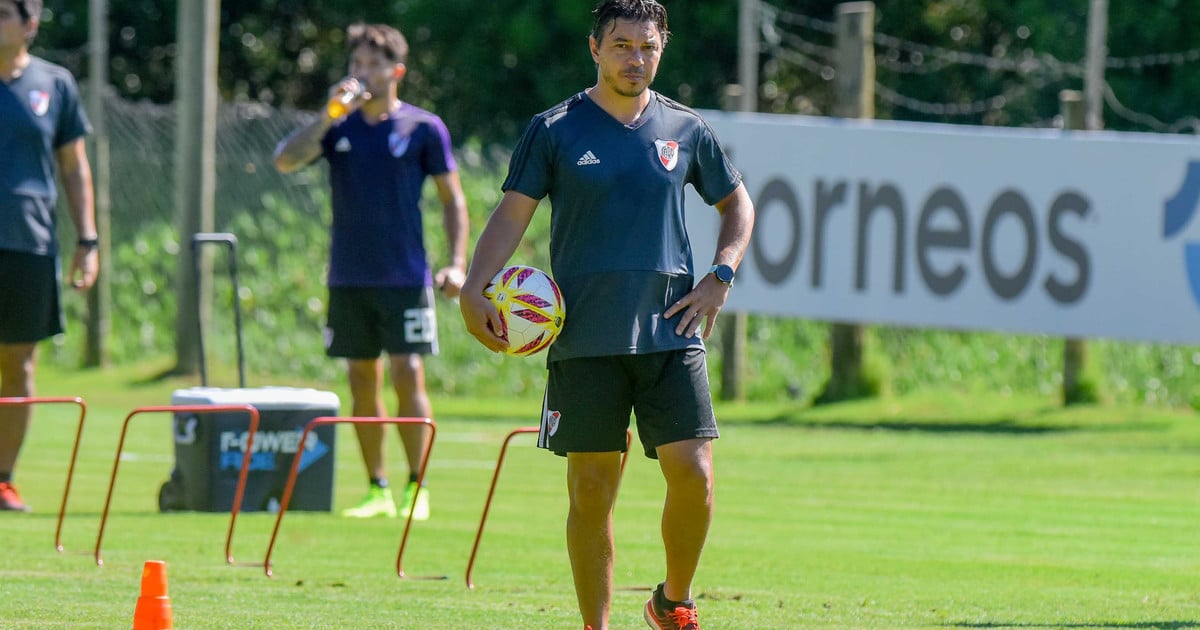 There is no time to lose. The preseason is short and River will have its official debut on Saturday 19th, against the Defense and Justice, in Monumental. That is, within 10 days. So, in addition to the physical works and some ball exercises that the facility is doing without disadvantages on a golf course and on the court of the Solanas complex, the technical staff needs their players to practice football in a formal way. And here is the unexpected problem: those that have been reserved and intended for this purpose are not in good condition. So?

The squad must be "given a ball" to get to the set (Rafael Mario Quinteros / Special Envoy).

Before Gallardo and company disembarked in Punta del Este, a delegation of the club I had been to Uruguay twice just to check out the facilities which the campus was going to use, one in November and another in December. As the court of Solanas complex does not have the regulatory measures for football, they offered the two that the Punta del Este Club has in the neighborhood of El Jagüel, located only 15 minutes from the millionaire bunker. And they left with the promise that they would be in very good condition.

However, when they arrived on January 6, they found that not only did they not get better, but they got worse. The two storms that were in Punta del Este damaged the lawn and, as they say, they no longer have the possibility of recovering it in the times that the river needs.

The court of the Club Punta del Este, where they would play football, is not good (Rafael Mario Quinteros / Special Envoy).

No problems in terms of accommodation and service in Solanas (they are more than happy with the treatment received). And neither with the facilities to do physical work. The problem is thatThe coaching staff needs a good playing field do soccer, since the beginning of the official competition is approaching.

The closest game, in fact, is that River will play, next Tuesday, against the Nacional de Montevideo. A meeting to be held at the Maldonado Campus. That's why the question that was heard in the concentration of the American champion is whether there was no chance of playing football there. But the answer was negative, because between the tournament Seven Rugby that was recently and the large amount of waterfall, the state of the lawn is also not ideal. Also, they are working to have it ready for Tuesday …

That's why, after thinking about it, the technical team came to a decision: the preseason ended in Punta del Este. Although the club has not yet been official, Clarin He agreed with the information that the campus will return to Buenos Aires on Friday afternoon to play football, Saturday and Sunday, in the premises that the club has in Ezeiza. In addition, on Tuesday, they will cross the Rio de la Plata again to face the National. And on Wednesday at noon they will return to Argentina. Ah, all this since the charter flight that left them across the pond last Sunday is available. Not to believe.