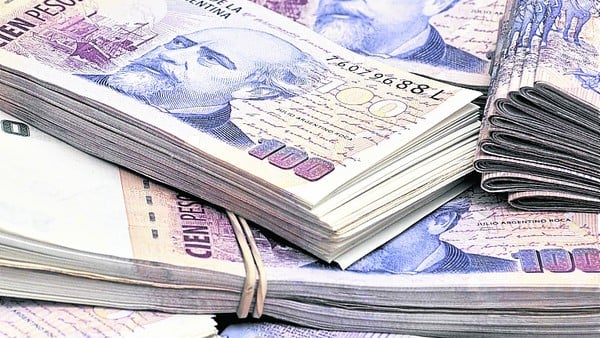 Some lucky people already have in their bank accounts, others will receive in the next few days: before June 30, 25 million Argentineans (among employees in dependency relationships, retirees and beneficiaries of the Universal Child Cession) will charge the bonus. The amount to be paid is equivalent to half of the salary (including overtime) that is received each month. What should be done with this money? The economists consulted by Clarin They point to four alternatives: paying off debt, investing in fixed terms or similar operations in pesos, saving in dollars or buying durable goods.

Going to pay off debts

For economists Claudio Zuchovicki and Martín Tetaz this is the first option. "The first thing is to pay debts. If you invest in a fixed term, the interest rate obtained will be lower than the one applied to update the debt, so you lose, "said Zuchovicki. With the current financing costs, the first option is to repay the debts. If you have replacement, there are several options in pesos better than buying dollars"said Tetaz.

"You can make a fixed term in UVAs that covers all inflation and above that, it pays an interest rate that gives between 5 and 10%, depending on the term that the money is there, "said Tetaz, with inflation of 12 months at 57.2%, this is an interesting option.

Another alternative is to establish a fixed term online and take advantage of the recent regulations of the Central Bank that authorize the users to make this operation in a different bank from the one in which they are clients. "Today the National Bank is paying 55% and BICE, 56%"said Tetaz.

"Today with very high rates – the benchmark rate of the Central Bank is 66.66% – a 30 day bonus, which is a fixed exchange rate, gives you 53%, compared to 49.4% who is paying you a fixed deadline today"said Alejandro Bianchi of Invertir Online.

For those who dare to go beyond a fixed deadline, Bianchi recommends different public bonds. "One of the lowest-rated titles is AM20, which expires in March 2020 and pay 69.24% of income. There is also the TJ20 that expires in June 2020 and has an IRR of 86.22%"

To clean up ghosts before the election, Bianchi says these bonuses "they have low risk of default because they are in pesos"In any case, and depending on the definition of the two main presidential formulas, Bianchi points out that see an improbable chaotic scenario breach of commitments. "The market begins to read this there will be continuity and the will to pay will be maintained. "

Betting on the dollar

What is better, buying dollars or making a fixed term? "This is a question that has no answer because it depends on the expectations that each one has on the value of the dollar. There is no way to know when the dollar will rise, "said Tetaz.

With this logic indicates that "for those planning to travel it is OK to buy dollars, but if you buy them this month to sell them next month, it is not appropriate because the difference between the price of the buyer and the seller is very large, in some cases it reaches $ 2. So if the dollar remains stable – as it is happening now – it loses. Shopping for $ 45 and in 30 days you sell at $ 43"

In general, analysts agree that would not be the most successful option. Bianchi said that after the latest policy developments "the exchange rate broke the strong bullish trend". Maybe the dollar goes into a freezing zone by November"In fact, so far this year, the dollar rose 15% against inflation of 19.2%, so investments in pesos that move in the same direction are better options.

However, for those who bet on the strong currency, Tetaz recommends buying Letters in dollars (Letes) that gives "a profitability close to 7%. It is unlikely that the next government will not pay for these Letes. "

Bianchi adds that whoever does not want to leave the dollar "can opt for the AO20 bonus, which accounted for 16.4%"

With an average bonus between $ 10,000 and $ 15,000 There are few durable goods that can be purchased. For those who were saving for a car, with recent sales plus the bonus "puchito", this would be a good time.

In the case of home appliances, the resurgence of NOW 12 makes buying in installments more attractive than spending the bonus at one time, unless there is an important cash discount. For Zuchovicki, an alternative would be take advantage of the fact that construction prices are cheap in dollars and invest in some improvement of the roof itself. "The bonus is not a lot of money, but the one that comes to you fix the bathroom or do some remodeling It will be convenient for you because it will add additional value to the house. "