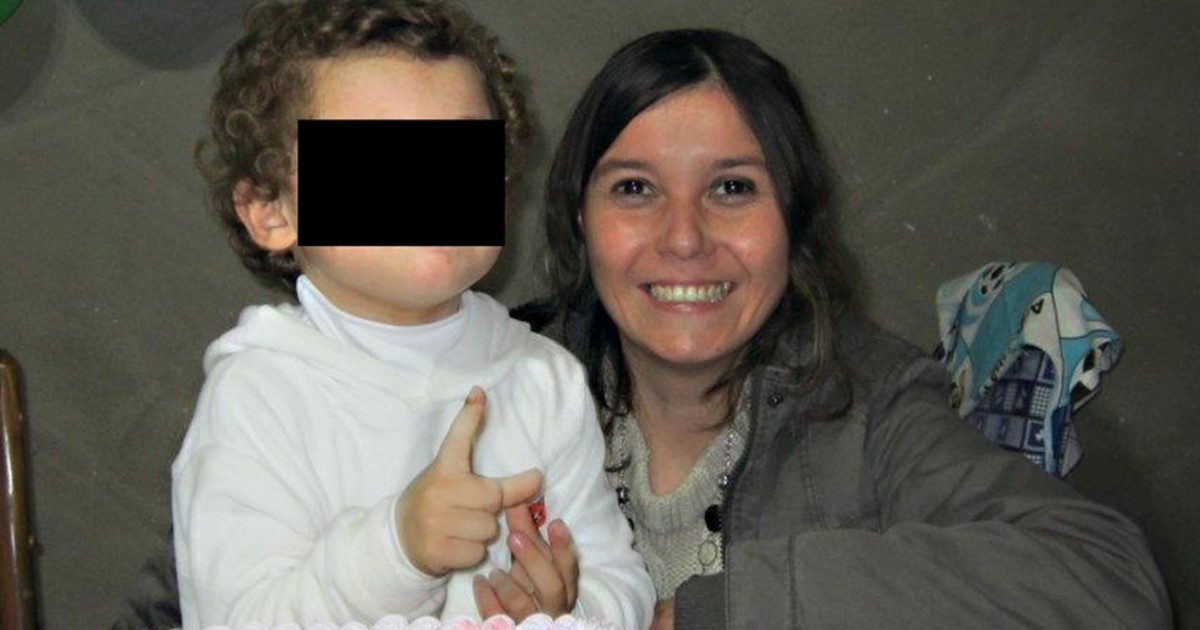 Marilina Tolón took a little longer to leave the bowling alley. She took a long time looking for her coat and her friends left. It was five o'clock in the morning on October 8, 2001, and he descended San Martin Avenue in Puan, 160 kilometers from Bahia Blanca.

For her to move to the city was an achievement. She left her family's field to study, lived alone and got her first replacements at a school. Everyone remembers his innocent smile.

Those who knew her coincide: since that night Marilina Deleted.

Marilina Tolón was a teacher and left her career after the complaint.

"My daughter suffered, she was a happy girl, always smiling, everyone loved her, so she did not want anything, she felt bad, guilty or ashamed, she had to talk so they could help her, but she did not want to. I had it inside, "recalls Susana, his mother.

Susana is 72 years old and still hides to talk. The Tolon family is from Darragueira, a rural area 15 kilometers from Puan. "At that moment, my husband had a heart attack and she did not want to tell him. I felt guiltyShame, I do not know what I felt. At that time, a thought about leaving all this behind, the comment was that they covered it all with money. I do not know this, but the complaint was made and then nothing happened, nothing was done. So We never told him the truth. Marilina's father, not even now, "he explains with resignation.

The teacher's health deteriorated due to abuse and she died after a stroke.

What they did not tell us was that when Marilina was 25 that night in 2001, four men in the city raped her and despite the fact that she made the charge that the specialists proved the abuse and evidence they came to collect, they never charged formally.

"There was a different way of addressing these issues, and today we know that there are other resources to advance the investigation, but at the time, the prosecutor who had the cause did not find any elements to impute to the accused, "they clarified in the Public Ministry of Bahía Blanca, because they did not find" material evidence of the violation ", the cause went unpunished.

The investigation lasted just over a year, since Marilina made the denunciation on October 17, 2001, until December 2012, when it was shelved.

Marilina pointed to four men, one less than 18 years old. Only he was summoned to testify. The three adults they do not even step on the charge.

Impunity coexisted in silence with the inhabitants of Puan until October 13, 2018, when Marilina died in the aftermath of an ACV. It was days after the 17th anniversary of the rape. Those who met her said that she lived with anguish, depression, panic attacks, seizures, and diseases that they could not diagnose. He could never teach again or have a partner. He left Puan and retired into the country with his parents, so he would not return.

Marilina died without justice, but left a mark.

"People were not prepared to face what happened, people were very scared, they were said to be powerful rapists, but no, they had the money to pay for a lawyer and for her nobody heardnor the Justice, nor the Police, nor the people of the city. When Marilina died it was like a need to leave and say enough, "he says. Clarin Karina, neighbor of Puan, participated in the march in which hundreds of neighbors demanded justice on the day of death.

Cledi Cano is Marilina's cousin and one of the people the victim entrusted to tell him what they did to him: "In the city guilt was aroused. The fault of the one who was silent, of whom he heard something and said nothing, of those who knew. Here we all know each other, we know who is who, we see each other all the time. And Marilina was a heavy blow. This request is for her and for all other cases that must exist, which also remain in nothingness. "

Marilina had gone out a few times with Néstor, a young man from the village, but she wanted nothing more to do with him. He was of "good family", he had gone to school and that night he insisted on Disco Ibiza.

Marilina Tolón left her teaching career and retired to the field of her family in Darragueira.

Marilina told her not often, the first while dancing with her friends.

Nestor searched for her in the bowling alley, but she rejected him. Around 5 he walked home but, according to Marilina denounced at the police station and promoter No. 1 by Christian Long, he followed her in his Peugeot with dark windows. I went slowly and with the window lowered. I chased her. I told him to go up, that he was using.

Marilina, again, said no. I was afraid of him and – he explained later – he was right.

On the meters, the car suddenly stopped. Nestor left, took her by the arm and sat her in the passenger seat. He sped up and locked the doors.

The story comes from the court file and what Marilina could tell her friends.

She was "very nervous and scared," she described in her statement. He reported that the house was unlocked and that she entered forcibly and was "immediately taken to the room, struggling". She said Nestor took her "by the throat, throwing her on the bed" and threatened her: "If you scream I'll kill you"he said.

When she heard voices from across the room door, she thought they would help her, but what followed was worse. "Stop it! What are you going to do?", said the owner of the house to his friend, who had pinned Marilina to the bed.

She thought he would help her and shouted. But the robbers covered their mouths between them. Néstor was the first to rape her, Marilina told police and prosecutor. Two minutes later, the second man entered, who was already naked. After the third. Then a room.

Marilina said no. He asked for help and received blows. Doctors and private specialists they left evidence of the injuries: bruises on the chest, on the hips, on the legs.

When they finished raping her, it was one of her assailants who took her home. For the days – reported they were "asking for forgiveness".

Nine days passed until Marilina joined forces and managed to report the rape. He passed specialists in psychology, physicians and statements at the prosecutor's office and police station. In the hours, all the Puan knew what he had suffered.

On the very day of Marilina's death, about 600 people mobilized to demand justice. (ALL VOICES CAN)

The country boiled and the 2001 legislative elections were the prelude to the crisis. In Puan, the researches had another seasoning: someone made the ballots with the names of the accused and distributed them in all schools.

"Do not vote, party of Viola de Puan"; "No more impunity"; "Because they hide behind a surname, because the parents should be silent so as not to expose their children, because a woman has the right to have relationships with whom she wants without being forced"; They said the leaflets circulating around the city were deposited at the polls.

"My husband took her to the doctor, she was shaking and crying, we talked to her, we told her she had to do the report," says Cousin Cledi.

"People did not say anything about what happened, but you see they had a lot of present because I was burying my daughter and they were already making the march, there were many people. I do not know if she would like all this, maybe. If I had screamed everything, I would have released that anguish, this pain. If they had punished those who did this to him. I do not know … I think people are now more alert, they are busy and something like that does not happen. They left my daughter alone, "concludes Susana.